How to grow and care for Smallflower Lupine 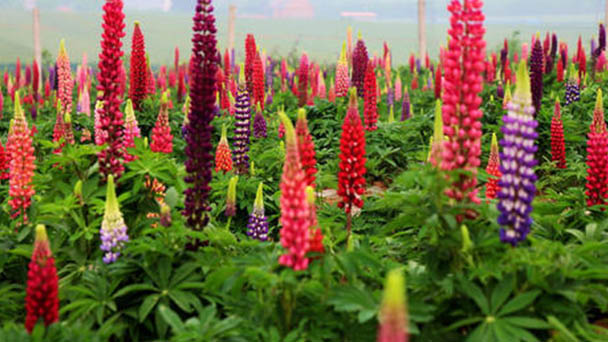 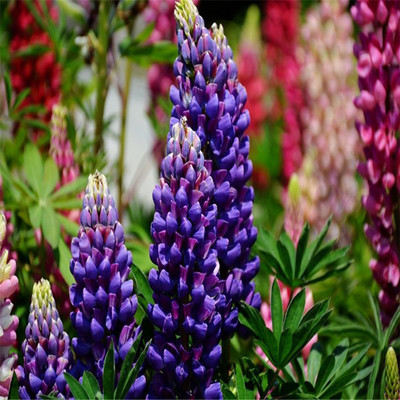 When we grow Smallflower Lupine indoors, keep the plants in a well-lit place indoors and give them a warm, airy environment. Always open Windows to ventilate. During maintenance, proper watering is needed to keep the soil moist. During winter, water should be controlled. Ferric sulfate solution can be irrigated once between 15 and 30 days to avoid soil alkalization. The following are Smallflower lupine care for growing indoors.

Smallflower Lupine is an annual herb of the genus Lupine in the legume family, beautiful plant appearance, peculiar flowers and leaves, and relatively shade resistant, suitable for potted plants indoors. Smallflower Lupine likes a cool and ventilated environment, can plant, put in a position such as the sitting room with good indoor light, study or windowsill, often open a window, maintain indoor air circulation.

Smallflower Lupine is a light-loving plant, flowering from March to May and fruiting from April to July. Plants can be kept indoors during the growth period, but need to be moved outside to a sunny environment before flowering and fruiting. Adequate light allows the plants to photosynthesize and promote Fruit growth, but shade is needed in summer.

Smallflower Lupine has strong drought tolerance and plants are not resistant to waterlogging. Keeping the plants indoors requires proper watering to avoid excessive water and root rot. During the growth period, according to the dry and wet condition of the basin soil, the right amount of watering, 5 ~ 7 days can be watered 1 time, to keep the soil moist. During the winter, water needs to be controlled to keep the soil dry.

Smallflower Lupine likes acid soil and is suitable for growing in sandy loam with good air permeability and drainage. When we care for Smallflower Lupine indoors, in order to avoid soil alkalization and agglomeration and affect root respiration, plants can be irrigated with ferrous sulfate solution regularly, which can regulate soil acidity and alkalinity. Generally 15 ~ 30 days can be poured 1 time, and can also use beer water or fermented rice water.

When we care for Smallflower Lupine, the mixed acid substrate of rotten bark, pine needle soil and sand soil can be used as the culture soil. In summer, it should be placed in a cool place, but not outdoors for long-term maintenance in winter. The substrate should be kept moist frequently for watering, and watering should be gradually controlled in winter, and the prevention of diseases and insects should be well done.

The growth of Smallflower Lupine requires a very high substrate, so it is best to choose the acid soil with deep soil layer and good drainage, and choose the appropriate mixture of pine needle soil, rotten bark and sand soil as the culture soil. When the plant is placed in the pot, it should be thoroughly disinfected, and some small gravel should be put in the bottom of the pot to facilitate the root growth.

Smallflower Lupine likes to grow in the cool and sunny environment, strong cold resistance, no heat, so in the summer should as far as possible in half shade ventilated place, winter in 0 ℃ or so in time to normal growth, but not for a long time in the outdoor, flowering time every day to give enough light processing, Flower bud differentiation.

Water management is one of the caring keys to grow Smallflower Lupine indoors. During the growth period, water should be mainly watered by rainwater or river water, and tap water should not be used directly, otherwise rotting root phenomenon is likely to occur. Water should be sufficiently watered in spring, summer and autumn, and the humidity of pot soil should be kept at 70% for the best.

Smallflower Lupine likes to grow in acidic substrates. During the growth period, fertilization is mainly based on urea or decaying farmhouse fertilizer. Before fertilization, secondary dilution should be carried out, which can promote the absorption of roots.

In the case of high temperature Smallflower Lupine back easily with powdery mildew, early symptoms plant will be covered with white dots, disease will spread out gradually, over time daily need timely pruning yellow and withered leaf, fertilization suitable increase of plant disease resistance, once found available reagents of spraying.

Among Smallflower Lupine diseases and prevention methods, flower rust is also a common disease. It is necessary to put it in a ventilated environment daily, timely clean up the yellow branches and diseased branches, remove the diseased leaves in time when the disease is found, and spray with carbendazim agent to effectively treat flower rust. 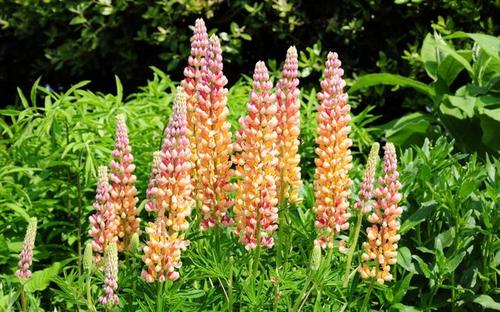 Root rot is a common disease, flowers mainly appear too much water or soil harden etc. Phenomenon, caused by daily needs to undertake the right amount of water, high ability to choose loose soil to cultivate, if the plants with root rot, should be timely to be dug up, after the root to prune, planted to breathe freely in the soil.

High temperature in the summer season Smallflower Lupine is easy to suffer from leaf spot. If not timely treatment, the plant leaves will gradually decay. So we need to use 50% methyl sulfur bacteria spirit agent spraying, spray once every 10 days, continuous spray 3 times or so for effective treatment. When we care for Smallflower Lupine indoors, it should be put on the ventilation and light environment, and can prevent the occurrence of the disease.