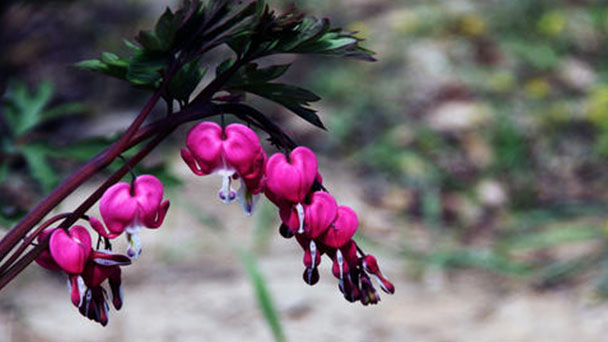 Pocketbook flower (also known as Calceolaria, lady's purse, slipper flower) is the Latin meaning of "small flower shoe". When it was first born in the Andes in South America, it was not well liked by local villagers, who thought it was a "booster bag" that refused to communicate with people, and most adults ignored it except for children who picked it from the wild to play. Unexpectedly later someone described it as a "purse", the concept of the local natives completely updated. Indeed, since the Pocketbook Flower came out, it has been invincible in the international flower market, and soon spread to countries all over the world, becoming a rookie of indoor potted flowers in families. 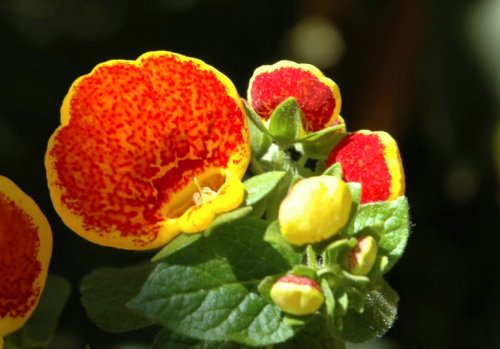 The distribution region of the PocketBook Flower

Pocketbook flowers are originally from Mexico and Chile in South America, and now they are distributed all over the world.

Pocketbook flower is a perennial herbaceous plant, which is mostly cultivated as annual flowers in gardens. The plant height is more than 30cm, and the whole plant has fine hairs on the stem, branches and leaves, and the leaves are ovate opposite. Flower shape is unique, corolla two lipped, upper lip upright smaller, lower lip expanded like pempulus, the middle of the formation of empty chamber, stigma born between the two cysts.

PocketBook Flower has a rich variety of colors. Single color varieties have different shades of colors such as yellow, white, and red, while multiple colors are spotted with raw orange, pink, and brown red on each background color. The bud fruit, the seed is small and has many grains. The species can be divided into three types by culture. The large pocketbook flower has a flower diameter of 3~4cm, and the flowers are rich in color, most of which are polychromatic flowers with color spots. The flower diameter is 2 to 3cm. The plant is low and hardy. In addition, Pocketbook flower is a common variety with its characters between the former two.In addition, there are many fixed hybrid F1 generations.

The flower stem is extracted from the tufts of leaves. The flowers belong to the cymes, with special shapes, the flowers are red, orange-red, orange, yellow, monochromatic, spotted, and complex colors. It has a variety of colors; Corolla lip, divided into two lips, the upper lip is small and into a cap, the lower lip enlarged and into a bag, stamen is located in the upper lip inside, the lower lip is just an air sac, appearance is very rare and precious.

Capsule has many seeds and is small.

Pocketbook flower is an annual or perennial herbaceous plant of the genus Pocketbook flower of the family Scrophulariaceae (because it is a native species). The plant is short and has potted and cut flower species. The potted flower species is about 20~30 cm high, and the cut flower species is more than 60 cm high. Potted flowers grow bigger, cut flowers grow smaller, each has its own characteristics. Leaf blade is large and much wrinkled, ca. 10 -- 15 cm long, opposite, ovate, villous, petiole short. The flower stem is extracted from the tufts of leaves. The flowers belong to the cymes, with special shapes, the flowers are red, orange-red, orange, yellow, monochromatic, spotted, and complex colors.

The ecological habits of the Pocketbook Flower

Pocketbook flower likes cool, humid and ventilated climate environments, high heat, avoid cold, and like light. However, it needs to avoid hot sun exposure and shade in summer when cultivation, and it grows well at 7~15℃. Pocketbook flower has strict requirements on the soil, with rich humus of sandy soil is better, avoid wet soil, good ventilation, drainage piece, with slightly acidic soil is better. The vegetative growth above 15℃, flower bud differentiation after 4~6 weeks below 10℃. 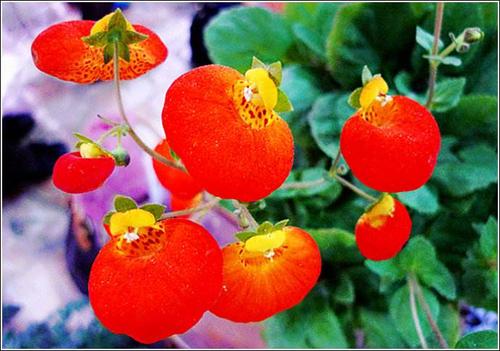 The Growing method of Pocketbook Flower

Pocketbook flower is a perennial herb, mostly used as annual potted flowers. The flowers are distinctive and showy, with a corolla of two lips. The lower lip inflates into a pocket and curves downward while the upper lip extends forward. When in full bloom, the flowers hang like a myriad of small Lotus bags above the tops of the flowers. The plant is 20-30 cm high and the flowering period is around the Spring Festival.

Pocketbook flower is native to Mexico and Chile. It likes cold and wet. It can grow at 3℃ to 6℃ in indoor winter. During the growth period, it is necessary to maintain high air humidity, pay attention to ventilation, and sufficient illumination is beneficial to the flowering of plants.

Ventilation and shading pocketbook flowers like cold and cool, and the suitable temperature for growth is about 10℃. If the growth period stems and leaves develop luxuriant, and the humidity of the basin soil is too large and sultry, can make the plant stems rotting leaves.T o reduce the temperature, shading measures are often taken at noon to create a ventilated and cool environment. Especially after spring flowering to 5 to 6 months when the seeds mature, but also to do a good job of ventilation, and at noon shade, conducive to seed development and maturity.

Pocketbook flower likes a warm and humid environment, but it should not be watered too much when the pot soil is too wet and flowering. It is usually watered only when the pot soil is dry. If it is in a greenhouse, it is better to spray water frequently to increase air humidity. Water can not be directly blunt plant, such as water accumulation in the leaf and bud, easy to cause decay. Before the flower growth season every 10 days of decayed cake fertilizer water once (diluted 10 times), the early flowering period increased with phosphorus fertilizer, fertilizer can not let the pollution of fat water leaves, so as not to rot.

Pocketbook flower is an herb of the genus Pocketbook flower of the family Scrophulariaceae. Its colors are yellow, purple, red, milky white, orange-red, and dark brown. The flowers are decorated with colorful spots and markings, which are very lovely and often used for interior decoration. Flowering period is from December to February of the following year, flowering period in greenhouse culture from March to April.

Pocketbook flower is prone to diseases and insect pests, measures should be taken during planting. Seedlings are prone to broken down disease, it should be carried out soil disinfection, remove the sick plants, or make the pot soil slightly dry. When the air is too dry, the temperature is too high, it is prone to red spider, aphids, etc.. It can be sprayed, increase air humidity or reduce the temperature.

Potted flower soil is better with leaf rot soil or mixed culture soil. From the first time of sowing seedlings to the planting, it is usually necessary to pour the pot three times, and the diameter of the planting pot is 13~17cm. During the growth period of a weekly topdressing dilution fertilizer, to maintain a higher air humidity, but the moisture in the soil should not be too large, the air is too dry when more water, less watering, watering master between the dry wet principle, to prevent water root rot. Watering fertilizer does not make fertilizer water touch on the leaf surface, resulting in leaf decay.

The indoor temperature in winter is maintained at 5~10℃, and the light is too strong to pay attention to the shade. Pocketbook flowers are long-day plants, so using artificial light in the greenhouse to extend the daily sunshine hours can lead to early flowering. Pocketbook Flower blooms from December to May. Pocketbook flowers have poor natural pollination ability, so artificial pollination is required. After pollination, the corolla should be removed to avoid corolla mildew and improve seed setting rate. Seed gradually matures from May to June, and the seeds should be collected in time when they have turned brown before the bud fruit is cracked.

The purpose of the PocketBook Flower

Pocketbook flowers have a narrow viewing range and are rarely used in garden attractions or flower beds in parks, and are rarely inserted as cut vases. Most of them are used as small potted plants in greenhouses for people's home decoration. 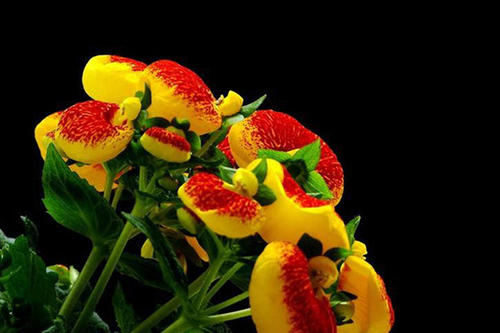 How to care for Pocketbook flowers