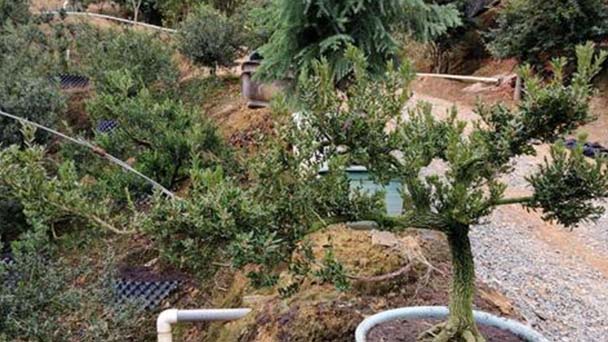 Harland Boxwood is a shrub, 3-4 m tall; Branch is cylindrical; Branchlets are tetragonal, pubescent, later glabrous. So how much do you know about Harland Boxwood among all these plant species? What is Harland Boxwood's bonsai maintenance method? What's the pest disaster at Harland Boxwood? Here we will introduce to you. 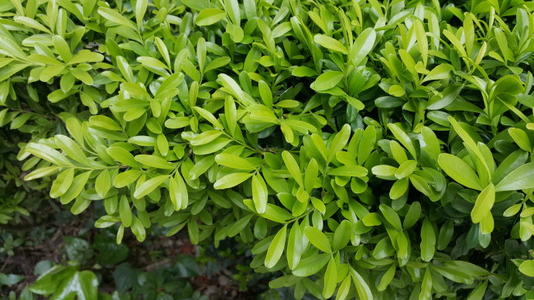 Harland Boxwood is a small evergreen tree or shrub, usually less than 1m high, branched and dense, in clusters, branchlets quaterrowed. Leaves are opposite, longer and narrow, oblanceolate or obovate oblong elliptic, 24cm long apex obtuse round or slightly concave, leathery, green, glossy appearance, midrib and lateral veins on both sides are obviously raised;Petiole very short. Flowers of Harland Boxwood are yellow-green, unisexual, a dense short spike, the top of the birth of a female flower, the remaining male flowers. Capsule of Harland Boxwood is ovoid, apex with 3 - lodging hornlike style, purple - yellow.

Harland Boxwood is mainly propagated by cuttings and layering.

Harland Boxwood is best to do it in the plum rain season, and select the young shoots, 10-12 cm long, to take root 40-50 days after insertion.

Harland Boxwood layering was carried out in spring. Biennial branches were pressed into the soil and separated from the mother plant in the next spring. Before transplantation, the ground planting should apply sufficient basal fertilizer first, and keep the soil moist during the growing period. Fertilizer once a month and prune to maintain height and form. 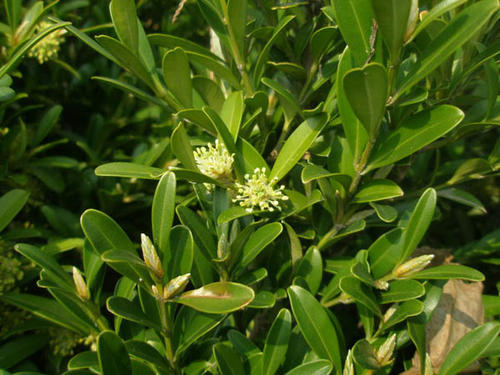 Plenty of sunlight and moisture is important for Harland Boxwood maintenance. It is best to choose a place with "sun in the morning, cool in the afternoon, good air circulation, and natural rain and dew".

If indoor viewing is the best ten days and half a month later let it go to the sun and rain. The soil of Harland Boxwood needs to be constantly moist because it needs a lot of water for its roots to absorb and for its leaves to photosynthesise and grow, and of course the demand varies with the seasons and the climate.

The first step, dry dry soil. The second step is to wet the leaves.Step three, spray. On summer days or above 20℃, if there is no water shortage in the basin, water should be poured according to the second and third steps.

Harland Boxwood's wood is hard and brittle, and its branches are thin and vulnerable, so the plasticity is not big. Therefore, we should first pay attention to the selection of piles, and then, due to the conditions of the tree, we should make the best of the situation, and the modeling must be mainly pruned. Also can use rope to bundle suo pull properly, branch change position big want a few times to reach the position, namely cannot exacting, also cannot be eager for success, can be counterproductive otherwise.Avoid the use of rust wire twisted branches, a anti - skin, two anti - dead branches.

Every year at the turn of spring and summer, when the temperature rises suddenly, a kind of leaf rolling moth (also known as the moth) harm is not small, the larva of the leaf rolling moth of Harland Boxwood is most like to suck the leaf liquid of the boxwood, two or three days after the birth of the leaf rolling moth it will suck up the juice of the curly leaves, leaving behind the white vein network, then it will continue to harm other leaves. If not killed in time, about a week, the leaf curler will destroy all the leaves of Harland Boxwood, not only destroy the appearance of the tree, but also harm the photosynthesis of the leaves, as well as the metabolism of the whole tree, and finally grow poorly, resulting in death. Curl leaf insects want general only "absorb kill", "touch kill" pesticide to be able to eliminate, discover in time to eliminate in time.

Larval leaf moth larvae of Harland Boxwood like sucking little leaf juice, leaf roller wire was born after the spit out to the leaf curl around a ball and hide it in the middle to suck liquid, it will be two or three days curly leaf juice suck out, left is white vein network, at this point it will transfer to harm, not in time to kill, five or six days later it will destroy all of the blade. Not only do they destroy their beauty, but those that don't grow well will die. Curl leaf insect of Harland Boxwood needs general only "suck kill", "touch kill" pesticide to be able to eliminate it, discover in time in time to put out.It is worth noting that the eggs of the leaf curling moth can be hatched into harmful insects in only three or four days on hot summer days, especially when the temperature is above 30℃, and the replacement is the fastest.So when the temperature is high, it's good to kill once a week.

The main value of harland boxwood

Harland Boxwood's lush foliage is evergreen and is often used on hedges, Flower beds and potted plants, trimmed into a variety of shapes, making it a great addition to small courtyards and entrances. 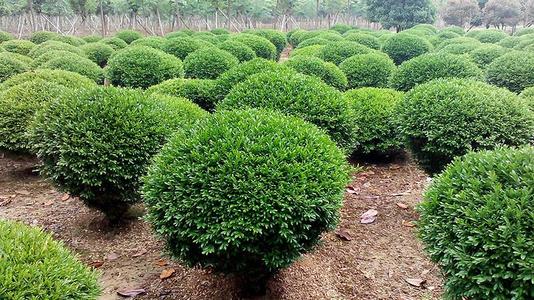 How to propagate harland boxwood

How to grow and care for harland boxwood

How to care for harland boxwood