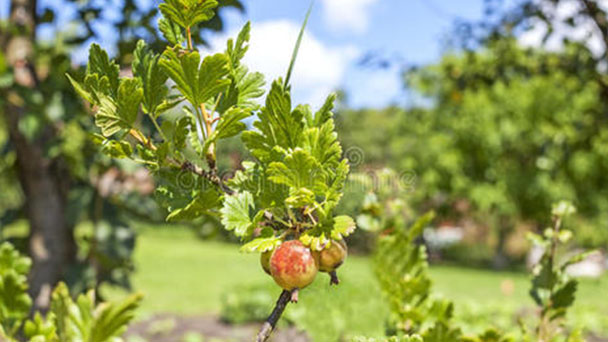 Gooseberry, scientific name Ribes uva-crispa is a currant herb in the Currants family. The fruit is nearly round or elliptic. When ripe, the pericarp is yellowish-green, bright and transparent. Several longitudinal vascular bundles are clearly visible. 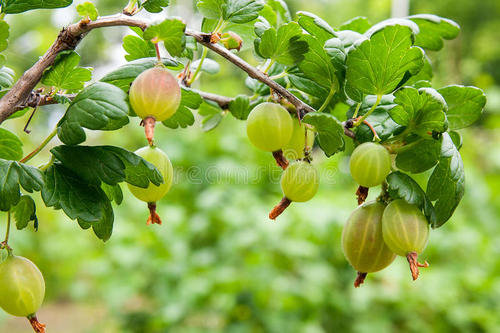 Gooseberry (Ribes uva-crispa) is a deciduous shrub with short, scattered plants and sharp spines on new branches. Branching ability is extremely strong, a plant cluster can be divided into more than 50 branches; The lower part of the Gooseberry shoot is the axillary bud, the middle part of the new shoot is the Flower bud, the flower bud is the mixed bud; Gooseberry singly or in groups of 2 or 3; Gooseberry Fruit gathered into bouquets of branches; Gooseberry has a life span of 7-8 years.

Gooseberry (Ribes uva-crispa) branch has strong meristem ability and high yield. Generally, it blooms in mid to late May and blooms in late May. The fruit is harvested in late June or July.

Gooseberry is resistant to both high and low temperatures. Generally, Gooseberry will not die when temperatures are above zero and below 40 degrees Celsius. Gooseberry is not only suitable for large-scale planting as fruit trees to gain economic benefits but also can be sporadically planted on balconies and gardens for decoration.

Gooseberry (Ribes uva-crispa) is mainly distributed in Europe, Finland and Norway in northern Europe are the most famous, since the introduction of more than 80 years in China, in the north and south of China, are distributed, black currant is mainly planted in the three northeast provinces of China.

Gooseberry (Ribes uva-crispa) likes neutral to slightly acidic soil, loose and fertile soil, the proper amount of humus is added, and a thickening soil layer can promote good growth of Gooseberry. It is best to plant on a flat, sunny garden, and on a gentle slope of no more than 10 degrees.

Gooseberry's base fertilizer should be based on farmhouse manure. During the planting in spring and autumn, trenches should be dug on both sides of the bushes or between the two bushes, and farmhouse manure should be buried in the soil and then watered. Gooseberry topdressing should be carried out twice a year. Topdressing urea and ammonium nitrate at the germination stage ensured the necessary growth of plants; topdressing nitrogen and phosphorus compound fertilizer at the flowering and fruit growth stage promoted the results; fertilizer could also be applied between plants and bushes and then irrigated.

Gooseberry (Ribes uva-crispa) plant clusters are relatively vigorous, and new shoots will come out from the roots and stems in spring. In order to ensure the vigorous growth of new shoots, old shoots need to be pruned to ensure the nutritional supply of new shoots. Old shoots are usually pruned until 4 to 5 shoots are left short. After a few years, Gooseberry will have more branches on the ground to improve the seed setting rate. Of course, the more new branches, the better. Find a critical value to ensure the best seed setting rate and fruit quality. 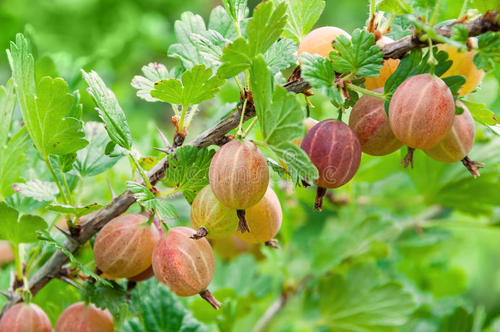 Gooseberry is mainly infected with powdery mildew. There is a white mildew layer on the affected leaves, and the white powder will drift away if touched by hand. Therefore, it is necessary to plant reasonably close to increase ventilation and light transmission.

Gooseberry's (Ribes uva-crispa) branches and leaves fell, flowers and fruits fell, and once they were damaged, the dead branches were cut off and destroyed and then sprayed with Malathion solution diluted 3000 times for prevention and control. 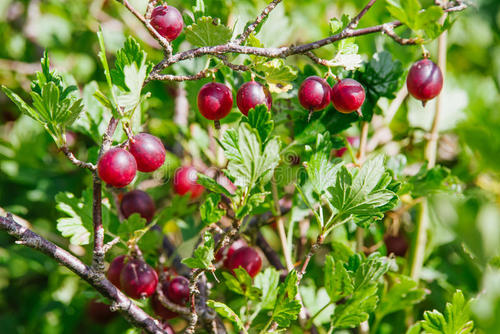