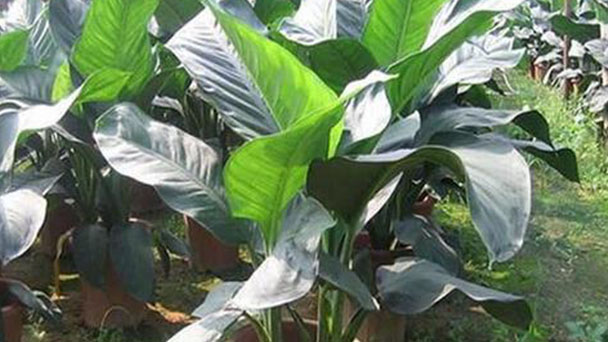 Dumb Cane soil is originally produced in the Canary Islands of America and Guinea of Africa, where fast growth and large and thick leaves are a new generation of indoor foliage plants. If dumb cane soil is kept slightly wet, it will have a relatively strong drought resistance.

Dumb Cane green leaves are elegant and beautiful, often placed in the study, the hall of the case or books, painting under the long, autumn and winter with red fruit to add more color. 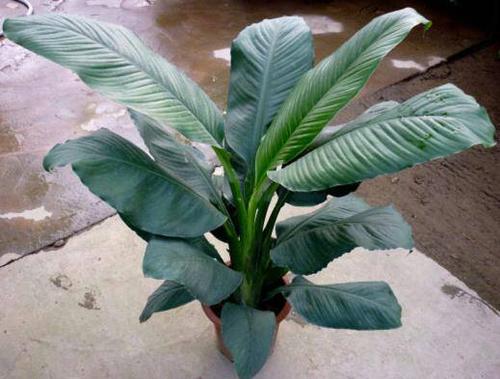 Dumb Cane flowering, but not very beautiful, spikes, small, yellow-green, aromatic. General plants to achieve 2 meters or so, in autumn and winter proper conservation or place of origin can blossom.

The ecological habits of dumb cane

How to grow and care for dumb cane

Dumb Cane is resistant to half shade, sun light is too strong, but the light is too dark, will also lead to leaf fading.

Dumb Cane like water wet, 3-August growing season to water. In summer, water should be sprinkled frequently to increase the environmental humidity.

During the growing period, nitrogen fertilizer was applied every month to promote its rapid growth. From spring to summer, fertilizer and water were applied once every two weeks. Reduce fertilization in the fall.

Repot annually for best results—simply lift the plant as a whole, knock away any old soil and dead material from the roots, and replace it in a larger container. Watch out for signs of stress on the plant, such as roots poking out from the surface, crowding, or falling leaves, which could signal that the plant needs repotting. After repotting dumb cane, give it some time to adjust to its new setting. Make sure to wear gloves to avoid contact with the sap.

This disease occurs in the Dumb Cane leaves, the humidity of the weather, this disease is prone to occur. At first, the disease spot is a small brown spot, and the surrounding water impregnation faded green, and a round ripple expansion, round to oval, brown inside the edge of gray white. In the late stage, dark brown mildew appeared in the center of the lesion, which turned into dark brown mildew layer under humid conditions.

Timely removal of diseased and disabled leaves; In the early or late stage of the disease, 0.5% to 1% of Bordeaux solution (or 50% carbendazem 1000 times solution) can be sprayed. 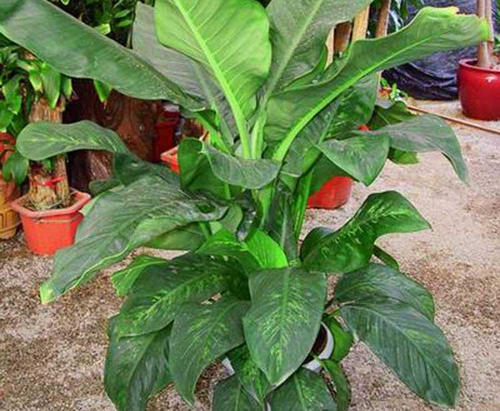 Dumb Cane is originally produced in the Canary Islands in America and Guinea in Africa.

Dumb Cane leaves include needle-like calcium oxalate crystals known as raphides, which can motive extreme burning and swelling of animal tissues, each exterior and internal. This plant is regarded reasonably toxic, warranting scientific interest if signs are severe. Remember to put on gloves when publicity to the sap is possible. This plant is high-quality for experienced gardeners who have the abilities to hold it alive and assist it flourish

The raphides discovered in dieffenbachia leaves can cause burning and swelling of the skin, tongue, mouth, and throat. In uncommon instances, this swelling can be so extreme that it renders a man or woman unable to talk, and it can even block breathing. Death is uncommon in human beings due to the fact of the instantaneous unpleasantness skilled when the leaves are chewed, however there are instances of young people beneath the age of 5 death from eating dieffenbachia leaves. Fatalities are extra frequent in pets that chunk on the leaves.

Recommended therapy is to rinse the mouth and skin, and to name a health practitioner if any swelling of the mouth and throat is experienced.

Of the many species of Dieffenbachia, solely a few are many times bought commercially:

D. seguine is the most famous Dieffenbachia species, a native of Brazil with clusters of massive ovate leaves with inexperienced margins splotched with yellow or cream color. It can develop as tall as 10 feet.

D. amoena is a large, 6-foot plant with 20-inch leaves. One fantastic cultivar is 'Tropic Snow', which has smaller leaves and extra variegation.

Be conscious that a number of species of Dieffenbachia have passed through reassignment, and species names may additionally change.

The use of dumb cane

Dumb Cane green leaves are elegant and beautiful, often placed in the study, the hall of the case or books, painting under the long, autumn and winter with red fruit to add more color. 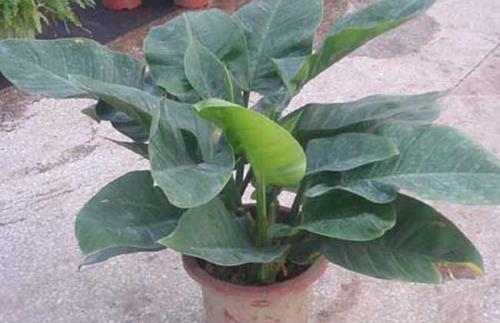 Why Does My Dumb Cane Have Yellow Leaves