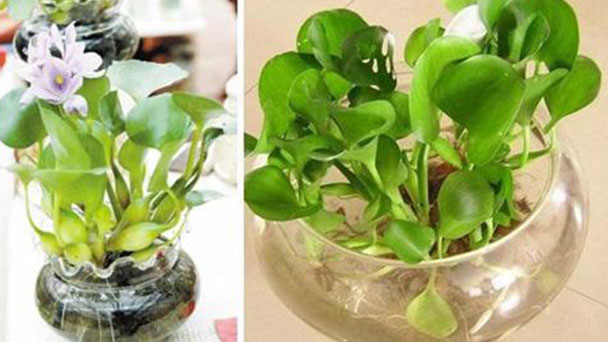 Pontederia crassipes, commonly known as common water hyacinth, is an aquatic plant native to the Amazon basin, and is often a highly problematic invasive species outside its native range. It is the sole species of Pontederia subg. Oshunae. 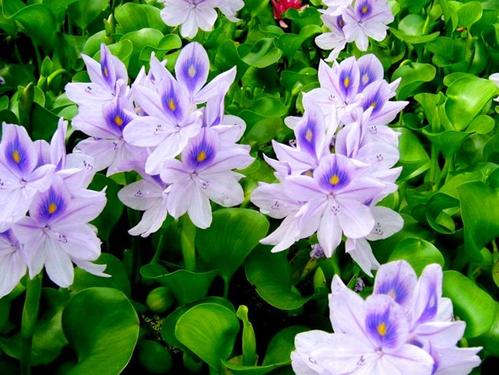 Common Water Hyacinth is a perennial floating herb found in 19 provinces (autonomous regions and municipalities directly under the Central Government) in North, East, central and South China, originating in Brazil. Stems and leaves overhanging water, tillering plants crawling over water. Flowers are multi - angled horn shapes, gorgeous beautiful colors. The leaves are emerald green and darker. Leaves are entire, smooth and textured. Common Water Hyacinth fibrous root is developed, tillering reproduction fast, extensive management, beautifying the environment. But there are also disadvantages: Common Water Hyacinth is very fertile. Because it covers the whole lake, so that other plants in the water cannot carry out photosynthesis, and the animals in the water do not get enough air and food to maintain the ecological balance in the water. Sometimes they even clog waterways. 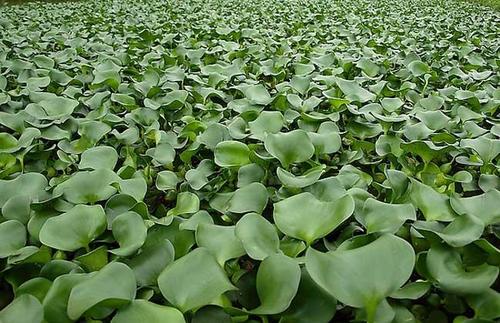 Common Water Hyacinth likes fertilizer, especially nitrogen fertilizer. When the nutrient content in the water layer is high, the plants will be tall, with shorter root systems, less flowering, faster reproduction and higher yield. When the nutrient is low, the plant is small, the root system is long, the leaves are yellow, the gourd is purple, it is easy to bloom, and the yield is low.

Common Water Hyacinth has a low seed setting rate, and can continuously grow stolons from the rhizosphere to form new plants for asexual reproduction. Due to its warm good wet, frost resistant, seedlings commonly covered with plastic film or greenhouse heat preservation, but also can lead irrigation plant residual hot water, spring water seedlings. In spring, when the temperature is about 13°C, the seedlings begin to grow and can be moved to the water surface. In order to prevent the loss of seedlings, often use a separate enclosure. When the temperature rises to 25 ~ 30°C, under the condition of good water quality, the single plant can be propagated to 10 ~ 40 plants, up to 80 plants within one month. For seed propagation, soak seeds for 5 days and then sew them on wet soil surface.Germination was carried out at 25 ~ 30℃ for 5 ~ 10 days.When seedlings have grown 7 to 8 leaves, they can be moved to water for cultivation.

Common Water Hyacinth root system has strong absorption ability and can enrich nutrients in water. Fresh grass contains 0.24% nitrogen, 0.07% phosphate, 0.11% potassium oxide, 1.2% crude protein, 0.2% crude fat, 1.1% crude fiber, 2.3% nitrogen-free extract, 1.3% ash, and 93.90% water. In addition to being used as pig feed and compost, it is sensitive to arsenic and can be used as an indicator plant for monitoring arsenic contamination in water bodies. When there is 0.06ppm of arsenic in the water, water-stained green spots appear at the apex of the leaves, followed by enlarged disease spots, and leaf water loss, yellow and flip. It can be used to purify domestic sewage and industrial wastewater due to its function of enriching heavy metals such as zinc, lead, mercury, nickel and cadmium in water and removing suspended substances in water, but the re-pollution caused by decomposing plant remains should be properly solved. Common Water Hyacinth is also used as an ornamental plant. But when it grows too much, it often blocks the river and becomes a pest. 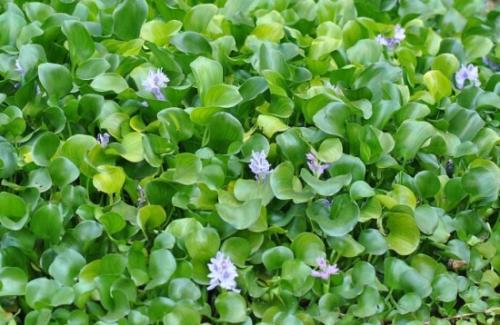 Common Water Hyacinth has an extremely strong reproductive capacity. Once there is an environment suitable for its growth, it will grow rapidly and become a dominant species in the region, inhibiting or affecting the growth of other species and destroying ecological diversity, easily causing ecological deterioration and single species in the region. There is also a balance in the biosphere, which is always in dynamic balance due to the interaction and mutual suppression among various species. This balance of the biosphere plays a positive role in resisting the adverse effects of external conditions. When bad external factors come along, the biosphere may strike a new balance by curbing them. The invasion of the Common Water Hyacinth disturbed or even destroyed the original balance of the area, and established an aggressive balance in which the water hyacinth dominated; The establishment of this balance not only makes the original balance of the region more fragile, but more seriously, it destroys the ecological diversity and causes some species to become extinct in the region. Before the 1960s, there were 16 species of main aquatic plants and 68 species of aquatic animals in Dianchi Lake, but by the 1980s, 16 species of aquatic plants had disappeared, and 38 species of 68 native fish species were endangered. When water hyacinth reproduction is very vigorous, it can often dye the water surface green. When a large number of reproduction can cover the entire water surface, affect the gas exchange between atmosphere and water, reduce the penetration of light into water, affect the growth of underwater organisms, increase the concentration of CO2 in water, not only cause ecological damage, but also reduce the output and quality of aquatic products.

In Shanghai and Ningbo, the Common Water Hyacinth, which floated down from the upstream, was severely blocked. In some places, the density of the Common Water Hyacinth was so high that people could walk on it, causing the shipping to be paralyzed for a time. In addition, water hyacinth also endangers the safety production of water plants, water pump suction water hyacinth will cause filter block, water plant stop production, urban and rural drinking water supply harm. 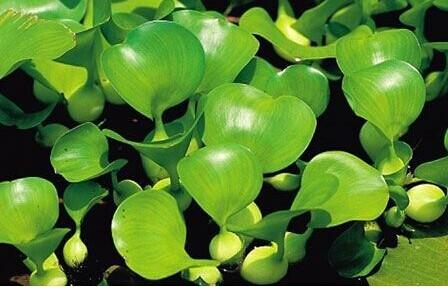 Common Water Hyacinth is native to South America. In 1884, the International Cotton Exposition was held in New Orleans. Merchants gathered and saw gourd-shaped green plants floating in the water. The blue and purple flowers on them were so beautiful that they were brought back to China for breeding. Common Water Hyacinth can be seen in photographs left by the Empress Dowager Cixi. More than 100 years later, the plant is found throughout the world's tropics, subtropics and warm temperate regions, becoming the most common plant in warm waters. Common Water Hyacinth was introduced into China as a flower in 1901, it was widely used as pig feed in the Yangtze River basin and south of it in the 1950s and 1960s. It was widely distributed in south China, Central China and East China, especially in Yunnan, Sichuan, Hunan, Hubei, Jiangxi, Jiangsu, Zhejiang, Fujian and Taiwan.

Common Water Hyacinth, a highly productive floating plant, is known as the "prime culprit of green pollution". When flooding and growing in rivers and lakes, it will seriously pollute water bodies and affect waterlogging and flood discharge.

How to care for Common Water Hyacinth

How to propagate Common Water Hyacinth