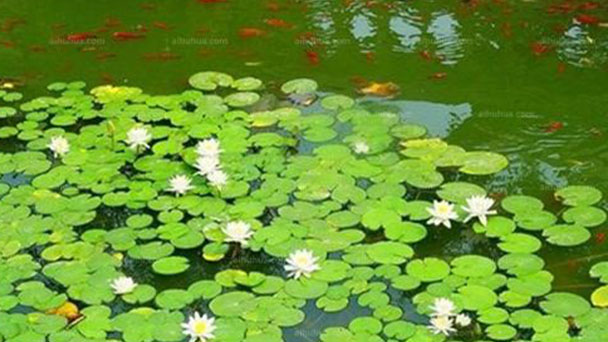 Lemna minor, the common duckweed or lesser duckweed, is a species of aquatic freshwater plant in the subfamily Lemnoideae of the arum family Araceae. L. minor is used as animal fodder, bioremediator, for wastewater nutrient recovery, and other applications.

Common Duckweed is widespread in warm parts of the world, but not in Java, Indonesia. In all the provinces of North and south China, floating communities are formed in paddy fields, ponds and other still water areas. They are often mixed with purple duckweed to form floating communities densely covered with water, which usually dominate the community.

Common Duckweed is for good pig feed, duck feed; It is also a bait for grass carp. When used as medicine, it can sweat, benefit water, reduce swelling and poison, treat rheumatism, beriberi, heat and erysipelas, bleeding, edema, inability to urinate, inability to penetrate the macula, cold and fever without sweating. 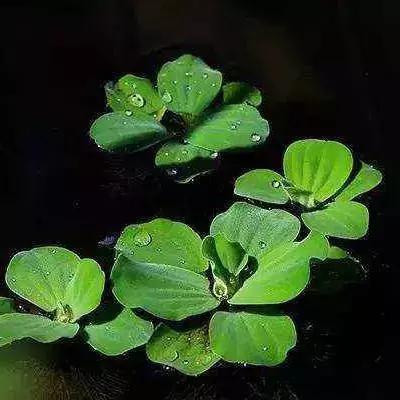 The Common Duckweed is a floating plant. On the back surface of the thallus is symmetrical, green, white or light yellow or green is often purple, suborbicular, obovoid or ovoid elliptic, margin entire, 1.5 5 mm long, 2 -- 3 mm wide, slightly raised above or along the central uplift, veins 3, not obvious, hanging on the back with a filamentous root, root, white 3-4 cm long, root cap blunt, root sheath wingless.

There is a sac on the dorsal side of the Common Duckweed. New lobules emerge from the sacs and are attached to the mother with a very short stalk. Female flowers with curved ovules 1, fruit wingless, sub gyro - shaped, seeds with protruding endosperm with 12-15 longitudinal ribs.

Common Duckweed is widespread in warm parts of the world, but not in Java, Indonesia. It is distributed all over the north and south of China. Duckweed likes warm climates and a humid environment, and avoids cold. Paddy fields, ponds and lakes should be selected for cultivation. Growing in paddy fields, ponds or other still waters, often mixed with Spirodela Polyrrhiza (L.) Schleid.), forming floating communities densely covered with water, which usually dominate in the community due to the rapid breeding of the species.

The pond to choose

The pond where Common Duckweed is cultivated should be sheltered from the wind, in a still water environment, with convenient transportation, surrounded by stones, with steps going up and down, covering an area of 2.5-3.5mu, with a bottom 20-25cm thick silt and a depth of 1.0-1.5m, and with the ability to keep water and fertilizer. It is forbidden to raise ducks and geese. The pond should not be too large, the area is difficult to avoid wind, still water; The leaky pond and the cultivation pond of Chinese fir (black algae) are not suitable for the cultivation of duckweed (The growth advantage of Chinese fir is faster than duckweed). North facing south house in front of the fence around the pond is best. 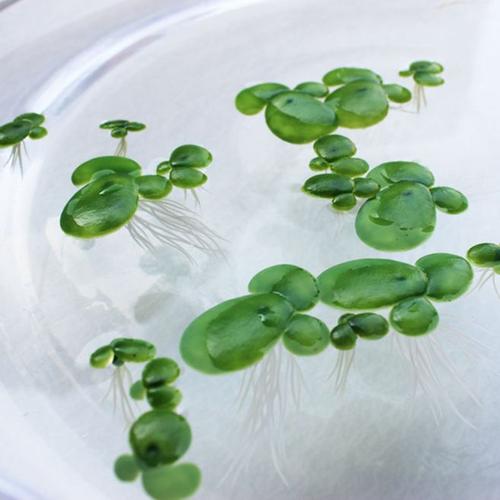 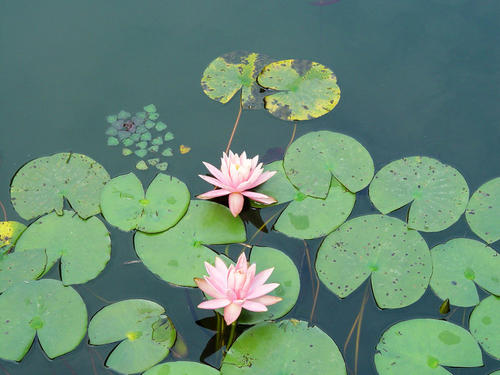