What is Soil Compaction - How to Reduce in 2023 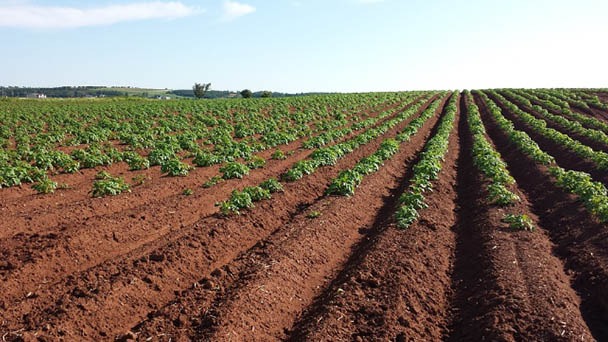 Compression of soil pores, which would otherwise transport water and air, is the result of compaction. This prevents root development and may result in an oxygen shortage. A significant reduction in yield may result from compacted soil.

By definition, soil compaction refers to the process of compressing soil, which causes the soil to become denser. Consequently, the soil becomes denser and each litre of soil weighs more when the pores are compressed. Often, observing a tractor tyre roll over loose soil in wet conditions makes it simple to comprehend and assess the effects of soil compaction.

What is Soil Compaction?

When soil particles are packed too closely together, pore space is reduced, which reduces air and water flow efficiency. This condition is known as soil compaction. Your crops may become starved if your soil is compacted because this prevents proper nutrient absorption and root development. The use of large machinery, an abundance of soil moisture, foot traffic, and climatic change are just a few of the factors that can cause soil compaction.

The two main types of soil compaction are as follows. Contact pressure that compresses the top layer of your soil surface is what causes topsoil compaction. Usually, heavy equipment with high axle loads compacts the topsoil to such an extent that the unfavorable conditions spread to the deeper soil levels. Years of crop yields can be impacted by even a small amount of subsoil compaction.

The following causes, among others, can have an impact on how severe soil compaction is.

Poor growing conditions and environmental damage are both consequences of compacted soil. These are a few typical outcomes of soil compaction. 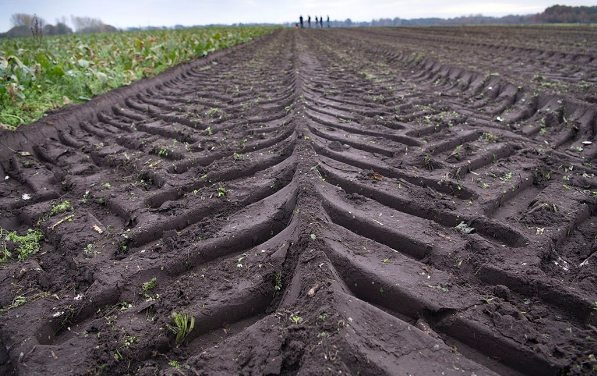 How to Reduce Soil Compaction

Additionally, soil compaction limits how far down into the soil water can travel. According to the above image, this results in water saturation in the upper layers, which can then cause the roots to lack oxygen. Additionally, the level of soil aeration influences the accessibility of different plant nutrients, such as nitrogen and manganese. Denitrification can cause a significant loss of nitrogen to the atmosphere under anaerobic conditions, either as nitrogen gas or nitrogen oxide. Thus, soil compaction can reduce the amount of nitrogen available in the soil.

It's crucial to use corrective actions that, over time, can improve soil structure to prevent soil compaction. These precautions include drainage, structure liming, maintaining vegetation cover over the soil, and providing organic material from outside. By making the soil drier, these actions lessen soil compaction at depth.

For soil compaction, cropping practices and tillage are also essential. Avoiding tillage when the soil is too wet is the most significant factor. While a wet soil is compressed under a similar pressure, a dry soil can support more weight. A larger contact area produced by wide tires or dual wheels reduces wheel load. The number of passes, as indicated by the results in the image below, and minimizing the overall weight of the field equipment are both crucial.

The effect of soil compaction prior to spring sowing on the yield of various crops (barley, wheat, oats, sugar beet, and peas) was investigated in a trial (L2-7118) at Önnestad, Skåne, in 2000. The compaction consisted of different numbers of passes with a heavy load over the field before sowing:

The outcomes demonstrated that some compaction, or tamping down, had a positive impact on spring wheat, barley, and oat yield. one pass + sowing. However, even with this treatment, yield was still reduced in sugar beet and peas. The yield of all crops decreased as the number of passes and consequently the degree of soil compaction increased. Peas, which are extremely sensitive to oxygen shortage, were the crop that was most adversely affected.

What Are the Types of Soil Compaction?

The method of compaction is primarily of four types such as kneading, static, dynamic or impact and vibratory compaction.

Why is Soil Compaction Bad?

Soil compaction can lead to: poor root growth—which reduces crop yield through poor water and nutrient uptake. difficulties with soil cultivation and seedbed preparation. a decrease in water entering the soil either as rain or irrigation.

How to make nutritive soil

How to make garden soil with sawdust

How to improve the sticky soil

How does the harden garden soil loose