Houseleek care: How to grow and care for Sempervivum tectorum 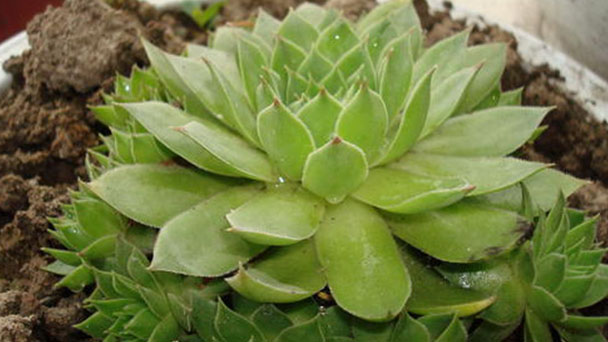 Houseleek prefers a sunny, cool, dry environment, with full exposure to light in all seasons except summer, where lack of light can lead to loose and compact plant forms.

Houseleek is cold resistant, and it is suitable to live in the soil with sufficient nutrients, good drainage and air permeability. The ratio of soil is generally as follows: 2 parts of leaf rot soil, 1 part of coarse sand and 1 part of vermiculite, and the three parts are mixed. When we grow and care for houseleek, it is better to add plant ash and bone meal to the soil as the base fertilizer to maintain the fertility of the soil. When fertilizing, be careful not to splash the fat water on the leaves.

When we grow and care for houseleek, the principle of "water thoroughly if not watered" should be followed to avoid root rot caused by long-term standing, but not excessive drought, otherwise the growth of Houseleek will be slow and the leaf color will be dim.

Houseleek fertilizing is usually done every 20 days or so. When we grow and care for houseleek, use decaying, rarefied liquid fertilizers or compound fertilizers with low nitrogen and high phosphorus and potassium content. Fertilization is generally carried out in the morning or evening of fine weather. In the evening or early in the morning of the second day after fertilization, water should be watered and watered thoroughly to dilute the residual fertilizer liquid in the soil.

The suitable temperature for Houseleek growth is 20-30 ℃, and the temperature for overwintering is 15℃. When we grow and care for houseleek, it is necessary to pay attention to the changes of temperature in the surrounding environment.

When we grow and care for houseleek during the summer heat, Houseleek should be kept in a shady place to protect him from the hot sun.In other seasons, the direction of the basin is changed every three or four days so that Houseleek gets sunlight on every side. However, if Houseleek is kept in a semi-shade environment for a long time, the color of leaf tip tends to decrease, which affects the ornamental appearance. 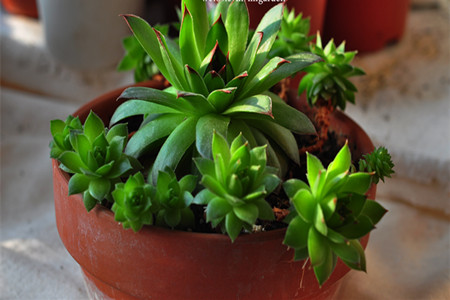 How to propagate houseleek

During the growth season of Houseleek, there are two conditions.

If Houseleek's large rosettes have sprouted small ones, they can be removed and inserted directly into the pot with roots. If not, apply carbendazim to them and let them dry for a few days before planting. After planting, keep the pot moist and it will sprout in two to three weeks.

If Houseleek didn't grow a little big Indus Indus, it can be full of mature leaf tile in moist sand, leaf up, back down, don't overburden soil, placed directly in a cool place, about 10 days blade base will grow new leaves and the new root, this will root in buried in soil, sunshine, watering, fertilization can appropriately.

Sowing method can produce a large number of seedlings at once, but the growth is slow.

The rapid propagation of Houseleek by tissue culture requires simple materials, but the steps are relatively complicated. Generally, Houseleek is used in industrial tissue culture, which has a high success rate and produces many varieties. 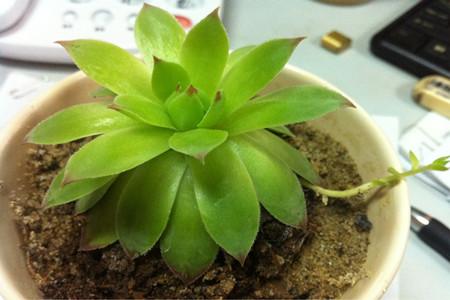