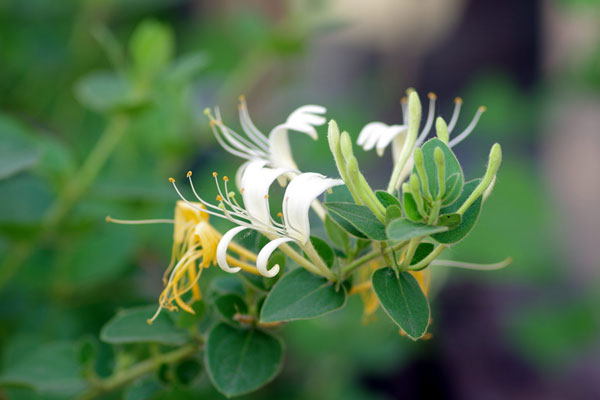 Where to Grow Honeysuckle Vine

Climbing honeysuckles are woodland plants, so have evolved with their roots shaded by trees and shrubs, but their climbing tendrils growing into the light. Mimic these growing conditions if you can – climbing honeysuckles do better when their roots are in shade and their stems can reach sunlight. A west-facing wall is ideal for this, but a north-facing fence can work well, ideally if some or all of it is slatted, so light can reach the leaves.
The scent of climbing honeysuckle is stronger when plants are grown in a warm spot. This scent attracts pollinating bees in the day, and moths at night. The Flower colour of honeysuckle changes slightly once pollinated.
Climbing honeysuckles can be grown in containers but they will never grow as well as in Garden soil. All will grow in most soil types but like many other plants prefer a well-drained, humus rich soil.
Shrubby honeysuckles, such as Honeysuckle, Lonicera fragrantissima, requires a moist but well-drained soil in full sun to partial shade. Plant it near a bench or path so you can enjoy its wonderfully fragrant blooms as you walk past. 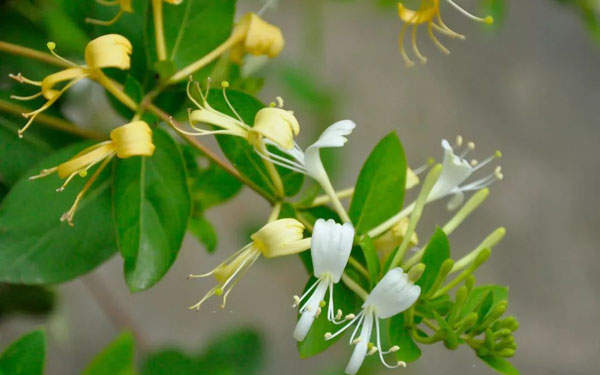 How to Grow Honeysuckle Vine

Whether you grow honeysuckle plants in the garden or in containers, you have many ways to plant these versatile vines. You could start them from seeds or cuttings. Both methods are equally easy and produce fast results. Here we’ll cover growing honeysuckle plants from seeds in the garden in easy steps.
You can purchase the seeds at a trusted nursery. If you have access to a mature plant, you can collect the seeds when the pods are ripe and crisp in the late summer.
Place the harvested seeds on a paper towel and keep them in a dry room for 2 weeks with temperatures between 70 degrees and 95 degrees Fahrenheit.
After the seeds are fully dry, you can start planting them in the garden.
Pick a spot in your garden that gets the afternoon sun especially an area facing the west or south.
Make sure the soil can retain moisture without getting waterlogged. Honeysuckles prefer moist soil.
Prepare your trellis or any other support you prefer and set it up in advance. This helps you pick the right spot to plant the seeds and prevents damage to the roots if the support is installed near a growing vine. Honeysuckles grown as ground cover don’t need support.
The best time to start the seeds is in the early spring after the last frost.
Break the topsoil and work in organic materials to improve water retention.
Sprinkle the seeds on top of the soil but don’t cover them. The seeds need sunlight to germinate.
Water the seeds immediately and keep the soil moist for the next couple of weeks.
After about two weeks the seeds will germinate.
When the seedlings are about 2 inches high and with at least two sets of leaves, you can thin them out.
Weed out the sickly plants and space the healthy seedlings about 3 to 15 feet apart depending on the variety.

Honeysuckle tillers were stronger, and the survival rate of ramet was higher in autumn. The method was to dig out the tiller seedlings with root and soil ball around the mother plant of Lonicera japonica, plant them steadily, and water them thoroughly.

It can be carried out from May to September. Select longer branches and bury them in the soil for 10-375px to keep the soil moist. Root can be half a month later, generally in the spring of the second year and mother plants cut off the layering seedlings, and can be divided into transplanting.

It can be carried out in the middle and late June, selecting full semi-woody Honeysuckle vine branches as cuttings. Before cutting, dip the base of the branches in 2-4 hours, immediately insert the processed cuttings into the seedbed. The spacing of the plants is 250px×250px, the depth is 8-250px. After inserting, compacted, make the substrate and cuttings closely connected, and then pour water through.Shade properly and keep the bed moist often. Take root after 1 month and transplant seedlings the following year. 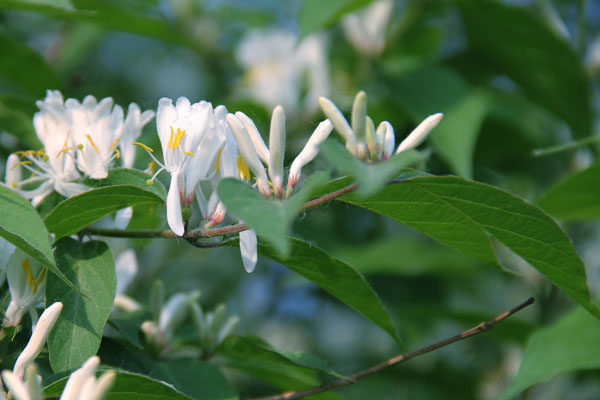 How to Care for Honeysuckle Vine

Honeysuckle vines grow and flower best in full to mostly sun. That said, they will tolerate some light shade. We suggest at least 6 hours or more of direct sunlight per day.

Honeysuckle vines tolerate a wide range of soils, growing best in a moist, organically rich, well-drained soil. As with so many other ornamental plants, constantly soggy or wet soils can be problematic.

Check and water Honeysuckle regularly during the first spring and summer after planting to aid root growth and help the plant establish
Once established, they will only need the occasional soak during hot summers. However, walls and fences create a rain shadow (a dry area) so, even if it has rained a little, do check the soil and give them a good soak if dry

Honeysuckle has a certain degree of cold tolerance, can endure low temperatures of minus 30 degrees, and can also spend the winter outdoors in the north.

You won’t need to spend too much time pruning your Honeysuckle plant, other than to keep the shape tidy and contained.
How and when you prune depends on whether you have a vine or bush. Honeysuckle Vines can be lightly pruned for shaping virtually any time of the year. If you’re doing a major pruning job on an older vine or one that’s unruly, wait until at least fall, or winter if you have a variety that goes dormant. Bushes can be pruned as soon as flowers drop in the spring. Use bypass pruners to remove any dead, diseased or damaged stems. Cut stems to the point where they join another stem or just past a leaf node.
If you have planted an evergreen variety, note these will not go dormant. Prune them after the end of the flowering season so you don't remove new buds. 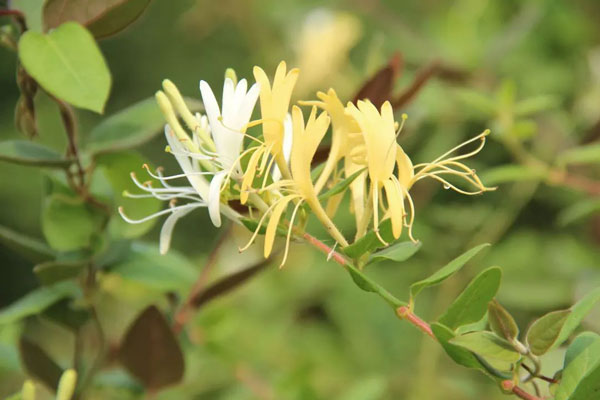 a new variety with striking orange flowers that have no scent

orange, yellow flowers from May to July. A deciduous climber with wonderful scent. Reaches 5m

known as the Honeysuckle this deciduous shrub offers white scented flowers from January to March. Fully hardy. Reaches a height of 1.5m 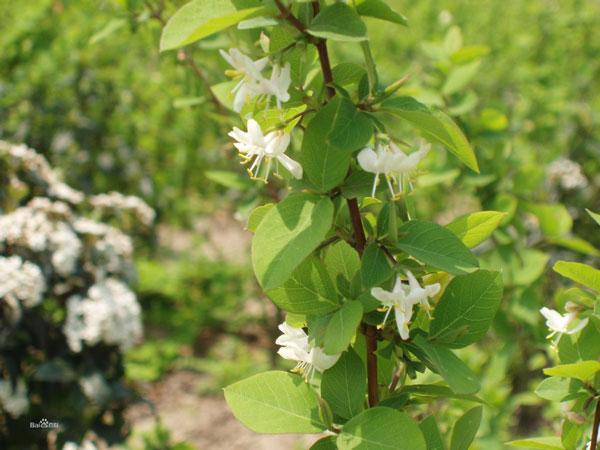 Read Next:
How to Propagagte Winter Honeysuckle
20 Popular Vine Plants Indoor To Grow
Top 20 Climbing Plants with Flowers for Your Garden

How to Propagate Winter Honeysuckle