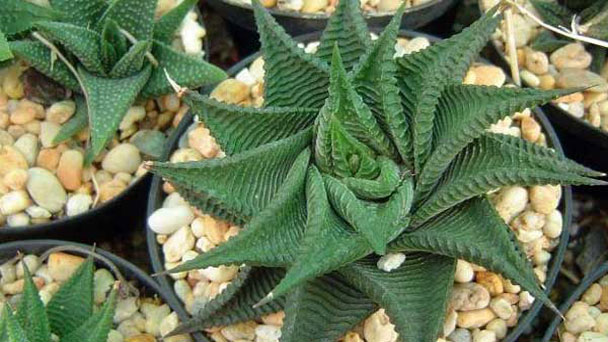 Where to Grow Haworthia Limifolia 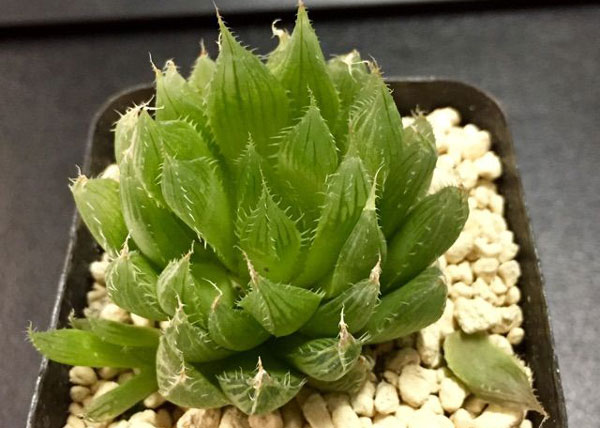 When propagating Haworthia limifolia from cuttings, cut a leaf from the mother plant carefully with a clean knife or scissors. Before replanting, wait for a few days to allow it to callous. Use well-draining soil for your new Haworthia limifolia plant. Don't forget to water when the soil dries out. 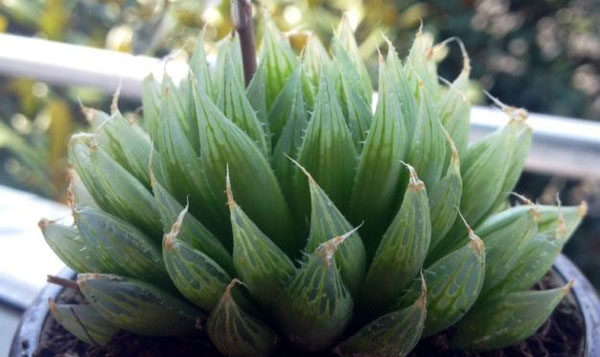 How to Care for Haworthia limifolia (Fairy Washboard)

Bright, filtered light and ample airflow are recommended. The lack of sunlight can cause Haworthia limifolia (Fairy Washboard) to etiolate and lose their vibrant colors. Newly acquired tender plants or plants that have been grown indoors need to be gradually introduced to sunlight to avoid fatal sunburn.

Haworthia Limifolia plants need well-drained soil and can not stand waterlogged soils. Some commonly recommended options are a cactus mix or a succulent soil mix. Also a good potting mix for Haworthia limifolia (Fairy Washboard) is made up of one part sand, one part peat moss, and half parts perlite or vermiculite. If you are planting a plant in a container, make sure it has drainage holes in the bottom. This way, water can drain, and the plant doesn’t get too wet. In general, Haworthia limifolia (Fairy Washboard) plants prefer a soil that doesn’t contain too many nutrients. This is because Haworthia limifolia store their water in thick leaves rather than storing it as sap as other succulent plants do. The less they have to work for the moisture, the better off they are over time. Haworthia limifolia also need sandy soils so that there’s plenty of airflow and drainage for them to grow well without getting root rot or killed by mildew. 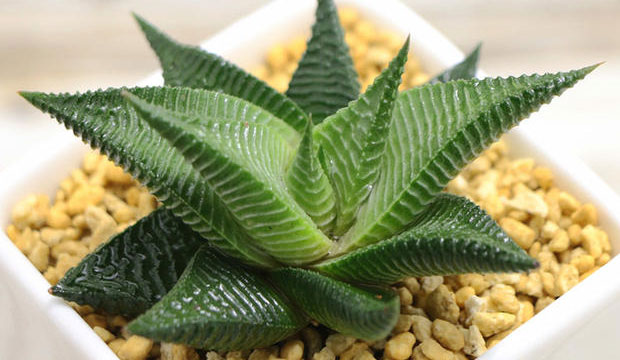 Feed sparingly with a weak fertilizer solution to promote plant growth. You can use an all-purpose fertilizer diluted to 50% of the recommended dose to feed your Haworthia limifolia once at the beginning of the growing season (in the spring or fall).

Pruning Haworthia limifolia (Fairy Washboard) is not a common practice. This plant can be kept compact by pinching off the terminal growth before it becomes too leggy. The Haworthia limifolia will grow more slowly but retain its shape in this way. To encourage denser foliage, cut an inch or so of top growth periodically to maintain at least two sets of leaves on each stem. Lighter-colored plants with showier markings are often pruned for general interest and ease of handling. Haworthia limifolia with dark green leaves tend to be left alone because they don’t get as spindly with age. They show less tendency to become overly long and spindly when you cut them. In any case, Haworthia limifolia should never be cut back by more than one-third of the entire plant, or growth will become stunted. Pruning Haworthia limifolia that has not been noticeably pruned for a few years is generally recommended. It can take up to three years before any new branches begin to show from old cuts. 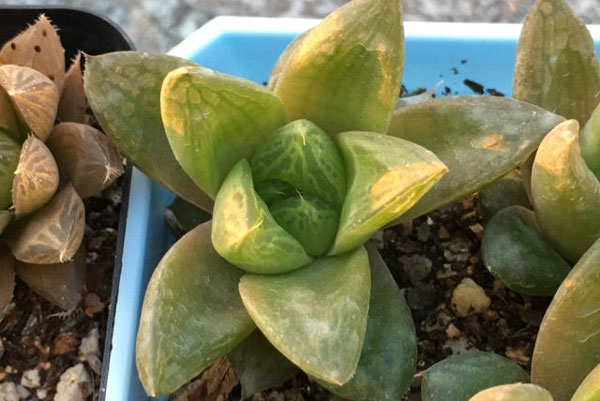 The haworthia limifolia succulent can be prone to pests and diseases.
To avoid these, you must take precautions against the following:
Mealybugs
Mealybugs are small, soft-bodied plant sap-sucking bugs that resemble tiny pieces of cotton. Mealybugs can be controlled with a wide variety of pesticides, including horticultural oils that suffocate them.
Scale Insects
Scale insects also cause damage by sucking out fluids from plants while they produce honeydew, leading to sooty mold growth on leaves. Scale insects are best treated with contact pesticides such as horticultural oils or insecticidal soaps.
Whiteflies
Whiteflies are a type of insect that sucks juices. Lots of them do this at the same time, so they have a significant impact on Haworthia Limifolia plants. They secrete honeydew without causing any visible symptoms in most cases at first. However, honeydew attracts other insects and mites. This makes the Haworthia Limifolia more likely to be attacked by these pests. To control this type of bug, use neem oil which will suffocate the pests and stop feeding.
Haworthia limifolia succulent plants are perfectly capable of contracting various diseases.The most common type is leaf rot which affects the leaves and stems, causing them to turn brown or even black sometimes. To prevent this from happening, you should water your Haworthia Limifolia in a way that keeps its roots dry as much as possible during nighttime hours when humidity is higHaworthia
It’s also important not to overwater Haworthia Limifolia succulents since they have such shallow roots. This will help keep it away from fungal spores, which cause many types of plant disease, including leaf rot.

Haworthia limifolia (Fairy Washboard) are small (usually remaining between 3 inches and 5 inches in height) and relatively slow-growing. Haworthia limifolia are often grown in small clusters in wide, shallow dishes. Over time, Haworthia limifolia’s clusters will naturally enlarge as the mother plant sends off small plantlets. When the cluster has outgrown its dish, repot in the spring or early summer into a new wide and shallow dish with fresh potting soil. This is also the time to take offsets for propagation. 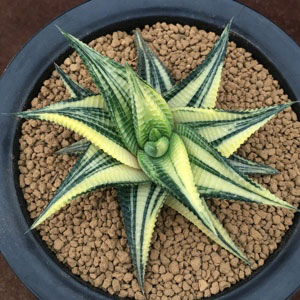 Why is my Haworthia limifolia going limp?

Haworthias belong to the succulent family and love dry soil. Limp and mushy leaves are a classic sign of root rot due to waterlogged soil. Let the soil dry out completely between waterings.

Why are the Haworthia limifolia leaves turning red?

Haworthia limifolia’ leaves going red are a sign of stress due to too much light. Move it to a spot with indirect light to reverse the colouring.

Is the Haworthia limifolia Toxic?

How big can Haworthia limifolia grow?

Haworthia limifolia is a rather compact and small succulent that rarely grows more than 5 cm tall and 10 cm wide. The size is what makes this plant ideal for windowsills and office desks, very charming in small, decorative pots.