What Is Succulent Root Rot & Fat Treatment to Fix It? 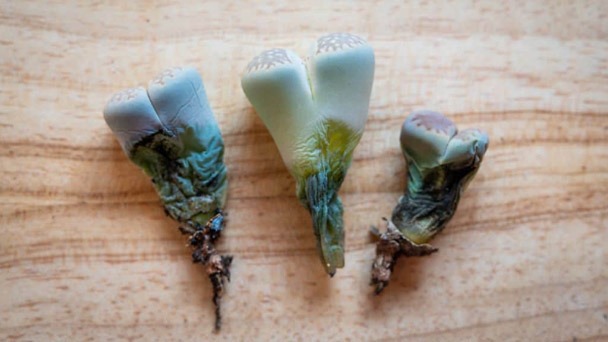 Many succulent enthusiasts live in constant fear of developing root rot. A succulent that appears content and healthy could essentially go from life to death overnight.

Your plant has developed infected roots if you unpot your succulents and see that the roots have turned dark brown or black. Since your plant will die if you don't treat it right away, you must.

What is Root Rot?

The term "root rot" describes a number of ailments that affect plant roots. Most of them simply cause the root to rot and die, which sets off a cascade that eventually kills the entire plant as well as other roots.

Most root rot is caused by overwatering. Many people don't realize it, but plants do most of their "breathing" through their roots - that's why loose, aerated soil is important. In addition to carbon dioxide, they also use oxygen to complete photosynthesis. When roots stay wet for a long time, either because you water too frequently or the soil doesn't dry out fast enough, the roots don't get enough air and so they "drown". All of the roots in the plant eventually rot as a result of this slow-moving but rapidly spreading process.

Some root rot is pathological in origin, meaning it's caused by some aspect of nature. By a dangerous fungus or bacteria in this case. For succulents, this is pretty uncommon, especially since the majority are grown in containers or on the ground far from their natural habitat. Disease-induced root rot has similar functional characteristics, but it requires different care.

How to Identify Root Rot on Succulents?

To positively identify root rot, there are primarily two methods.

You can see the roots clearly if you unpot your plant and remove the dirt. Yellow or white roots indicate healthy roots. A mycorrhizal fungus, a highly advantageous symbiotic fungus that aids in nutrient uptake, or root hair, the natural root structure for drinking water, would ideally also be visible on the roots. Though it's not a big deal, repeatedly unpotting the plant can be harmful because it will have largely destroyed the fuzz.

If you examine the roots and notice that they are a light brown color, this indicates that they have most likely dried out. Root rot manifests as roots that are typically dark brown or black, wet, and slimy. If you touch them (or pull them out of the ground), they will probably fall apart. A slight smell of rotting vegetation is frequently present around rotting roots.

The majority of people don't really regularly check on their plant roots, though, in all honesty. If you were repotting and unintentionally discovered the early stages of root rot, it would be a major coincidence.

The Stem and Leaves

The plant's stem and then the lower leaves will first show symptoms of root rot in its advanced stages. They will gradually get paler and turn yellow in both situations. It will eventually turn mushy, which indicates that the damage has already been done. There is no restoring it once it has become mushy.

It's possible to detect the yellowing of a succulent's stem and stop root rot, but it's extremely challenging. The base of the stem is hidden by the leaves of a number of succulent species. It's unlikely that the rot can be repaired once it has entered the stem.

Here's an important note - if only the lower leaves are turning yellow, it's probably overwatering. A nutrient deficiency is likely to be the cause of yellowing of only the top leaves (or of the entire plant).

Why Your Succulent Has Root Rot

Due to overwatering, your succulent has root rot. A puddle is definitely not where succulents want to hang out. They don't like or need a lot of water, either. Succulents only want a quick sip of water when being watered, and then they want to return to their dry soil. They prefer to stay dry and avoid getting wet for a few days.

Mold wants to spread throughout the entire soil, while bacteria attack the roots in an effort to control them. Simply put, it is being attacked by bacteria, mold, etc., which is why your succulent appears to be rotting, dying, or unhappy.

Physical harm, such as improper pruning or moving or storing succulents with their soil wet, can result in this.

It can also be brought on by chemical damage, such as when strong fertilizers are applied directly to succulent plants without first testing their strength (they risk burning the plant).

Just like any other plant, as succulents get older, they begin to develop succulent root rot diseases.

A succulent plant's ability to absorb more moisture from the soil than younger succulents with smaller root systems is a result of the growth and production of new roots that occur along with the plant's leaves. (Read More: How Big Do Succulents Grow) 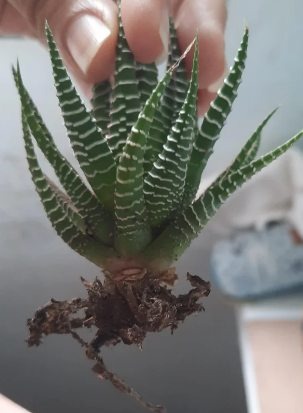 In order to prevent their soil from becoming too wet, succulents must be repotted more frequently as they get older.

Pathogens like nematodes, Pythium fungi, and Plasmodiophora brassicae (a parasitic roundworm that infects succulents) are responsible for other diseases of succulent roots.

All of these succulent root rot ailments may be transmitted by infected succulents or other plants in your garden.

To prevent succulent root rot disease transmission between succulents you want to keep healthy, you must properly sterilize any tools you use when working with succulents.

How to Treat Succulent Root Rot

How quickly you identify the problem will determine whether you can address it before root rot kills the plant. Unfortunately, it's a fairly cunning disease that is rarely discovered early enough to be treated.

Letting your succulent just "dry out" is a potential fix, but it doesn't usually work.

If the rot hasn't reached the stem from the roots yet, it won't be very effective. Once the leaves begin to turn yellow, I've seen it work before, but waiting for it to dry out and hoping it heals is a pretty risky course of action at that point. When repotting, if you notice any roots that appear to be having trouble, you should leave the plant unpotted for a few days so that it can dry out and air out before moving on to the next step.

Again, this is only useful if you discover root rot while repotting, which does happen occasionally. Trim off the impacted roots as much as possible, being careful to cut a few centimeters above the last root that is obviously infected. According to the theory, it's possible that the root's interior is also rotting, and it's crucial to get rid of ALL of it before it spreads further.

Don't be concerned about chopping up plant roots because root trimming is a beneficial pruning practice in and of itself.

This is your best option if the rot has penetrated the stem or the leaves in addition to the roots.

Arguably, you're not "treating" the succulent. Remember, beheading is merely a form of propagation. It more closely resembles salvaging a piece of the plant. However, in the majority of cases, I would strongly advise against it. Cuttings successfully reproduce at least 80% of the time, but a succulent with stem rot has only about a 10% chance of surviving.

This may even be used in conjunction with other tactics. Since rot progresses up the center before becoming apparent on the outside, it is best to make the cut at least two inches above the rotted area. Throw some dirt on it and wait a while before watering it as you would with any other cutting, and treat the cutting accordingly. Trim the roots at the plant's base to clean it up, then let it dry before planting it again. It might recommence to grow. Who knows, it could perish. You did at least save something.

I want to address sulfur because it is occasionally suggested to treat root rot. Sulfur does not cure root rot caused by overwatering.

In gardening, sulfur is used to make soil more acidic. In order to act as an anti-bacterial and anti-fungal agent, it is occasionally dusted onto plant roots when they are replanted. While killing off undesirable microbes is undoubtedly effective, it also damages helpful microbes. Because of the potential harm to your local microbiome and the long-term health of your plant, you shouldn't use it as a preventative measure. Only treat diseases that are known to be present and infecting the plant or soil with sulfur.

Sulfur is useless because overwatering is the primary cause of root rot in the vast majority of cases. If anyone claims that it was helpful, it was most likely just because they took the time to unpot it and dry the roots.

How to Prevent Succulent Root Rot

Root rot is fairly simple to avoid. Do not worry about the pathological kind. Most likely, it won't ever occur. If you're extra paranoid, sterilize your potting soil by baking it at 250 degrees Fahrenheit for 30 minutes.

Check out this comprehensive guide if you require a more in-depth explanation of how to water correctly. Here's the short version:

You now have a thorough understanding of root rot, how to care for/treat it, and some advice for avoiding it.

It's very serious when roots rot; it's the main cause of succulent death. It's time to save your lovely succulents now that you are aware of the warning signs and symptoms as well as how to treat and avoid root rot.

Why My Succulent Rotting from Bottom

The most common cause of root rot is overwatering, as it is often forgotten that succulents have immense water-storing capacity. Poor soil drainage (water not draining from the soil as quickly as it should be) may also contribute to root rot.

What Are the Differences Between Succulent Root Rot Vs Healthy Roots

White or yellow roots are indicators of a healthy root system. If the roots are either dark brown or black and feel slimy and wet when you touch them, that is root rot. As you remove it from the ground, it will probably also fragment.

Why My Succulent Stem Turning Brown

The stems would appear mushy and either black or brown. These are signs that the plant is rotting from the roots up due to overwatering. If the plant is left to rot on its own, it will eventually dissolve and turn into a mushy mess.