How To Grow And Care For Prince Of Orange Philodendron 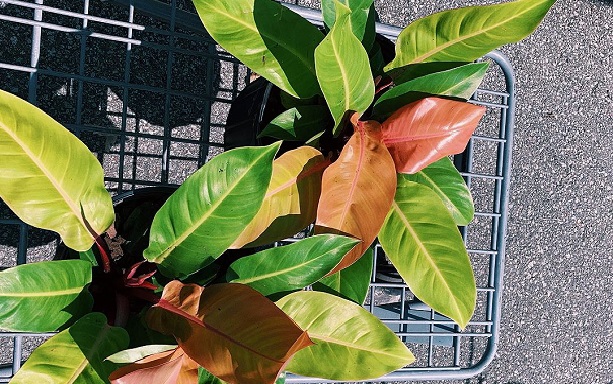 Prince of orange Philodendron is a perennial evergreen herb. It likes warm, humid and semi cloudy environment, is afraid of cold and strong light. It is suitable to grow in sandy loam rich in humus and well drained.
Prince of orange Philodendron is different from other philodendrons, mainly because Prince of orange Philodendron has unique leaves with beautiful orange colors. Its leaves are thick and shiny, the back of the main vein and side vein is convex, the petiole is more than 30 cm long, the upper part is grooved and hairless. There are two yellow green bud sheaths on both sides of the new bud, which are united with the base of the new bud, separated from the upper part, and then dried up normally. It only plays the role of protecting the young bud in the initial stage of new bud growth, and its function is similar to the outer bract of corn stem.
Prince of orange Philodendron likes bright scattered light, avoid strong direct sunlight, and shade 50% from May to September. It likes to be warm. The temperature suitable for growth is about 20-28 degrees Celsius. It moves indoors in winter and the temperature remains above 15 degrees Celsius. Provide sandy loam rich in humus and well drained, and turn the basin every 1-2 years. During the growth period, water enough to keep the basin soil moist, and apply fertilizer every 15-20 days. It may be affected by diseases and insect pests. We should find and deal with it in time. Prince of orange Philodendron likes bright scattered light and avoids strong direct sunlight. It should be shaded by 50% from May to September, and more sunlight can be seen in winter. However, the growth environment should not be too dark. Otherwise, Prince of orange Philodendron is not growing well, and we have to rotate the flowerpot regularly.

It likes a warm growth environment. For Prince of orange Philodendron, the suitable growth temperature is about 20-28 ℃. It is not resistant to low temperature. It is best to move indoors in winter to keep the temperature above 15 ℃.

Prince of orange Philodendron has strong adaptability and starts to grow at about 10 ℃. To keep the soil moist, spray water and cool the plants when dry, and keep the air humidity 70% to 80%. However, if the temperature is lower than 15 ℃, the water pouring volume shall be reduced. Keep about 5 ℃ in winter, and the basin soil shall not be too wet. We take care of Prince of orange Philodendron. Soil is a basic conservation factor. It is best to provide sandy loam rich in humus and well drained. Turn the basin every 1-2 years to provide new soil to maintain the later growth and development.
Or the humus soil is not prepared properly, and there will be white brine on the surface of the basin soil in 3-4 months, which is mottled, like a mountain without melting the snow. At this time, Prince of orange Philodendron stopped growing, the leaves withered, and root rot occurred at low temperature in winter. Therefore, it is the key to cultivate Prince of orange Philodendron and prepare a loose and breathable matrix. 4 portions of vegetable Garden soil can be used, 3 parts of rotten organic fertilizer (organic matter of rotten cattle, sheep and chicken feces), 3 parts of sandstone, broken bricks and tiles (the particle size is less than 0.5cm). If possible, volcanic rock fragments, such as basalt, perlite, Maifan stone, pumice, etc., can be added. The main purpose is to adjust the pH of the soil and keep the soil in a slightly acidic and neutral state. The humus prepared in this way does not accumulate water, and sometimes it is not a problem to irrigate with tap water.

In the period of vigorous growth of Prince of orange Philodendron, we can apply fertilizer every 15-20 days. In winter, the temperature is cold and the growth stops, so we need to stop applying fertilizer.
Prince of orange Philodendron does not have strict requirements on fertilizer. Generally, we can dilute 800-1000 times of compound fertilizer for dissolution and irrigation, or directly put granular fertilizer in the basin (50g / basin), but the granular fertilizer should not be attached to the plant stem. The concentration of fertilizer increases gradually with the growth of the plant. Generally, it is enough to keep the fertilizer once a week.

When changing pots, the tangled old roots should be properly trimmed to promote the length of new whiskers, so as to avoid poor root absorption and difficult to support larger leaves. Prince of orange Philodendron is sensitive to ethylene during transportation and often causes leaf graying, yellowing and wilting. Therefore, in the process of storage and transportation, in addition to maintaining the temperature of 16 ℃ and relative humidity of 80% to 90%, it can reduce the harm of ethylene to plants by treating once with Silver Thiosulfate 15 days before marketing.

There are three main diseases of Prince of orange Philodendron. One is anthrax. Small brown spots appeared in the early stage of leaf onset, turned to yellowish brown spots and depressions after 2-3 days, and wheel shaped black conidia stalk appeared in the later stage. The disease can be controlled by prochloraz and thiophanate methyl; Second, leaf spot. Prince of orange Philodendron is a yellowish brown round lesion in the early stage of onset, and becomes irregular in the middle stage. There are fine radial villi on the edge, and both petioles and leaves can be infected. It can be sprayed with 65% dysen zinc wettable powder 500 times. The stems and leaves are vulnerable to scale insects and red spiders. They can be sprayed with 40% Omethoate EC 1000 times.; Third, root rot. If the matrix preparation is reasonable, there is no ponding, and the water and fertilizer are controlled at low temperature, the probability of the disease is very small. If any, you can irrigate the root with Pythium and root Pythium. 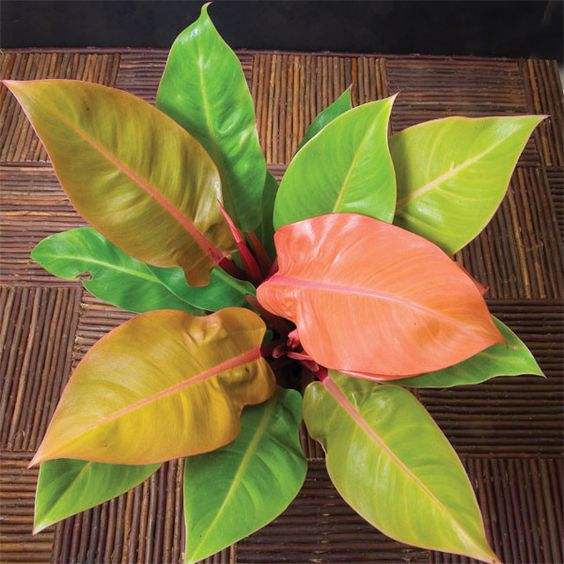 Prince of orange Philodendron usually takes several sections at the stem end for cutting. However, because of its short, it is difficult to obtain cutting materials. If it is necessary to expand reproduction, compulsory measures should be taken to promote more germination of new buds.
The specific method of Prince of orange philodendron propagation is: during the growth period, select the stem worker's plants, cut off 1-2 air roots of the first leaf belt at the top, insert them into sandy soil or vermiculite, wet them outside, pay attention to watering and heat preservation, and put them in the basin after rooting. All the leaves of the plants in the original basin can be stripped off. After the top bud is removed, new buds will soon appear in the lower leaf viscera. If the top bud is removed in rainy season, new buds will appear in the petiole base 10 days later. After a period of time, the new buds and some roots can be cut off from the upper basin. Put it in the shade and wet place for curing for two weeks after putting it in the basin, and then move it to the semi shade place. In the seedling stage, attention should be paid to shaping, and the leaves should be supported and bound to prevent the leaves from spreading. After it is slightly larger, it can be formed in that year.

How to grow and care for Philodendron