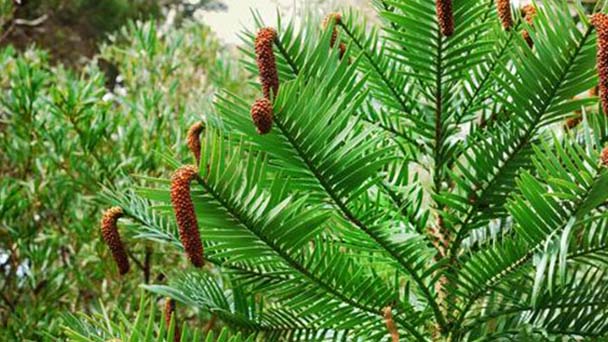 The Wollemi pine, scientific name Wollemia nobilis, a strange-looking tree, is one of the world's oldest species, previously only known from fossils that are 120 million years old. In 1994, living plants were discovered. They have a peculiar chocolate foam-like bark, multiple trunks and fern-like leaves growing in spirals. They can grow up to 125 feet tall.

Wollemi pine belongs to the Australian family, whose close relatives include Kauri, Norfolk Island fir, and Australian. In 1994, the discovery of the Wollemi pine caused a major shock in the botanical community because the species had been considered extinct and was known to botanists only from fossils of the species, which date back 91 million years and disappeared about 2 million years ago. 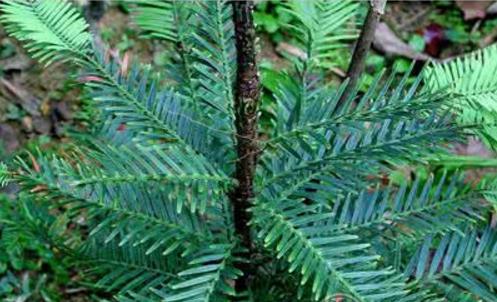 Wollemi pine is an evergreen plant with trees as high as 25-40 meters. The bark is very distinctive, dark brown and knotty. It is ready to germinate, and most are multistem or stem sprouted from old fir trees. Over the years, each branch terminates on a pinecone or stops growing. Then the branch dies and new branches grow out of the main bud.

Wollemi pine leaves are flat, about 3 -- 8 cm long and 2 -- 5 mm wide. They are arranged spirally on the branches, twisted at the bottom as if in flat groups of two or four.

Ecological habits of the Wollemi pine

Wollemi pine is a plant well adapted to cold and cold conditions. Wollemi pine can withstand -5℃ to 45℃ and can survive at -12℃. It can also survive in sun and shade.

The distribution area of the Wollemi pine

Wollemi pine is found in Australia, New Zealand and Antarctica. 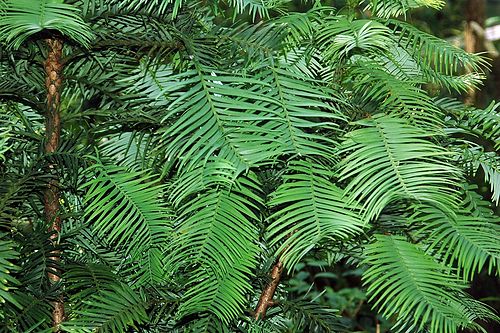 The Wollemi pine, like other Australian trees, is susceptible to the pathogenic fungus Phytophthora Cinnamomum, which prevents it from being a timber provider.

Species taxonomy of the Wollemi pine

The function of Wollemi Pine

Since 1 April 2006, a Wollemi Pine Breeding Program has been implemented in Australia, starting from botanical gardens to commercial areas. Wollemi Pine was sold to the United States in December 2006 and to other countries during 2006. Whether planted in pots or Flower beds, it is an ornamental tree. 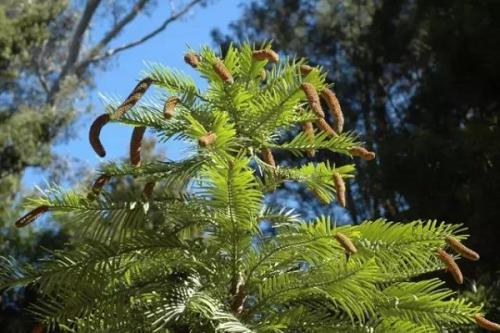