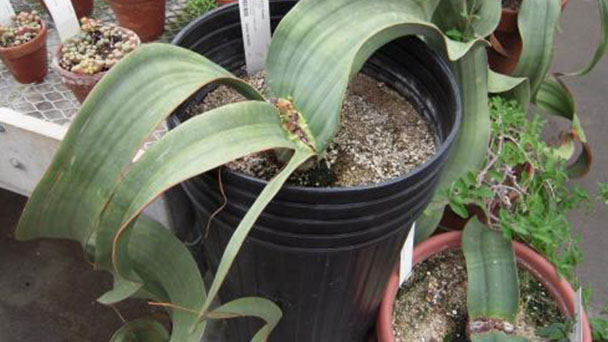 Welwitschia Mirabilis is native to Africa's Namibian desert, a long, narrow, dry strip of southwestern Namibia. The cold Benguela Current flows northward along the coast, cooling the air above it and creating fog. The temperature is usually 10-16℃, summer temperatures can reach 31℃, annual precipitation 1660-3330 mm, some years do not rain.

The leaves of Welwitschia Mirabilis have an obvious early growth structure, the stomata is compound lip. It is the short strong woody plant that can hardly be formed in the desert, can bind sand and protect soil. 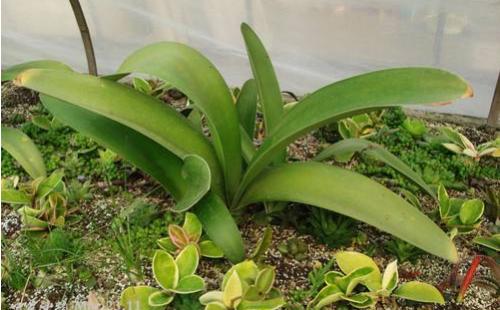 The trunk of Welwitschia Mirabilis is very short and stout, inverted conical in shape, rarely exceeding 50 cm in height, but up to 1.2 m in diameter, with extremely long and stout tap roots deep to the water table; The upper trunk is into two shallow crack, more or less along the crack edge each has a great leathery leaves, leaf blade long strip, with most parallel venation, 2-3.5 meters long, about 60 cm wide, base of leaf can continue to grow, gradually withered leaves at the top of the ling, often burst than to base to form a long narrow strip, its life can reach more than one hundred, so there are centenarians leaf. The cone form complex branch of the total order, unisexual, different strains, was born in stems axillary cavity, close by most interactive opposite, neat rows of bracts, bract axillary region have a cone; Welwitschia Mirabilis is dioecious, the female plants have large female cones. The male plants have male flowers, each male flowers have 6 stamens; Male cone-flowers have two pairs of pseudo perianth, with 6 basally connate stamens and an undeveloped ovule in the center; The female bulb has two pseudo operculum tubules and the ovule is elongated into a peduncle. The average female plant can produce 60 to 100 female cones and up to 10,000 seeds.Seeds with papillary, endosperm and ecto endosperm, cotyledon 2, after germination can be preserved for 2-3 years.

Welwitschia Mirabilis The Namibian Desert, a long, narrow, dry strip of southwestern Namibia. The cold Benguela Current flows northward along the coast, cooling the air above it and creating fog. The temperature is usually 10-16℃, summer temperatures can reach 31℃, annual precipitation 1660-3330 mm, some years do not rain. More about Welwitschia Mirabilis care. 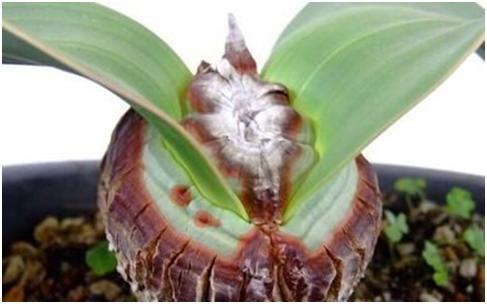 Because Welwitschia Mirabilis has a well-developed root system, choose a larger, deeper pot that is breathable and hydrophobic. Assuming that half of the seeds are active, but the seeds contain a lot of oil, 80% of them will be infected by fungus. It is estimated that less than 10% of the seeds will germinate and grow into a full plant, thus making the centenarian orchid precious. Before sowing seeds, it is recommended to soak them in pure water for 24 hours, and finally soak them in a low concentration of carbendazim, which can help to dissolve the chemicals that inhibit seed germination and avoid mold infection. The choice of soil culture is also very important. The preparation of special soil is 2 parts Emeishan black fairy soil, 1 part imported peat, 1 part red jade soil, 1 part grass ash. When sowing, the temperature should be above 25°C, choose sunny weather. It should be noted that the seed of centenarian orchid should protrude on the face and covered with a thin layer of soil on the seed. Basically, it is not necessary to water the seed even after soaking the soil for the first time. Water plates should be placed under the basin, and half of the basin surface should be covered with glass to maintain a certain humidity, and fungal growth should be inhibited by sunning. It takes several days for the seeds to germinate.

Pay attention to watering and ventilation after the germination of the seeds, and water again after the particles are dry. Water a little around the basin. Also we can take dip basin law to feed water, put a shallow basin namely, shallow basin inside add some high grade purify water, the purpose that does so is to imitate desert to have underground water below. Regular use of this method of water supply will be more effective, but also to prevent overwriting. The interval time of the dip basin needs to grow, and also can use spray type to feed water commonly. If the ventilation is not good, it is easy to kill the seedlings. After more than a year of planting Welwitschia Mirabilis, the cotyledons fade and the other two true leaves grow. The first step in Welwitschia Mirabilis planting is successful, and all that remains is regular watering and fertilizing and maintenance. Welwitschia Mirabilis should not be given a large amount of fertilizer. It can be applied with Huabao No. 1 or Huabong No. 11 dissolved in water at 1:500 and applied 1-2 times every 30 days. The lowest temperature of Welwitschia Mirabilis shall not be lower than 8℃ and the highest temperature shall not be higher than 45℃. Do not remove the pot after planting Welwitschia Mirabilis, as the seedlings die by moving roots.

The leaves of Welwitschia Mirabilis have an obvious early growth structure, the stomata is a compound lip. It is the short strong woody plant that can hardly be formed in the desert, can bind sand and protect soil. 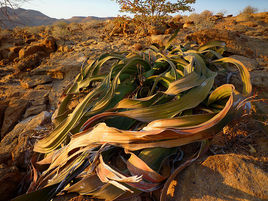