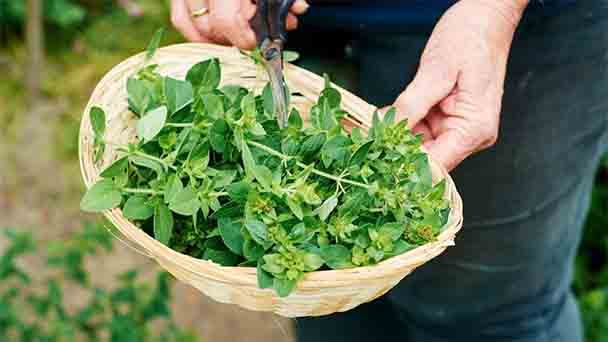 Oregano is a perennial semi-shrub or herbaceous plant in the Lamiaceae family. Rhizome is often oblique and woody. The stem of Oregano can reach 60 cm in height, quadrangular in shape, and often without leaves near the base. The underside of the leaf is nearly round. The leaves are oval or oblong-ovate, apex obtuse or slightly obtuse, bright green on the top, often with purple halo, and light green on the bottom. The bracts of oregano are mostly sessile, and the inflorescences are corymb-like panicles with many dense flowers. , Composed of spikelets. Bracts are sharp, green or with purple halo, calyx is bell-shaped, corolla purplish red, reddish to white, tubular-bell-shaped, bisexual corolla, crown eaves clearly two-lipped, filamentous, flat, glabrous, anther oval. Style of such a plant is slightly beyond stamens, and its lobes are subulate. Small nuts are usually ovoid. Oregano generally blooms from July to September and bears fruit from October to December. 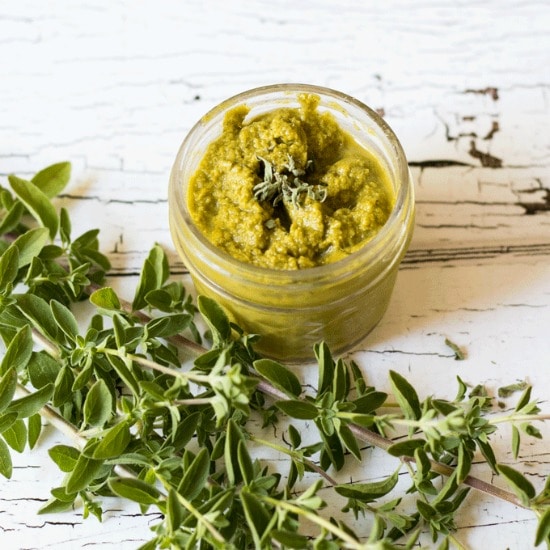 Oregano is a perennial herb or semi-shrub. The rhizome grows obliquely, with slender fibrous roots at its nodes. The stem of oregano is erect or near the base, usually 25-60 cm high, quadrangular in shape, with pubescent or slightly curled pubescent hairs. From the rhizome of oregano, the middle and upper nodes have flowery branches, the lower nodes have sterile short branches, and there are often no leaves near the base of oregano. 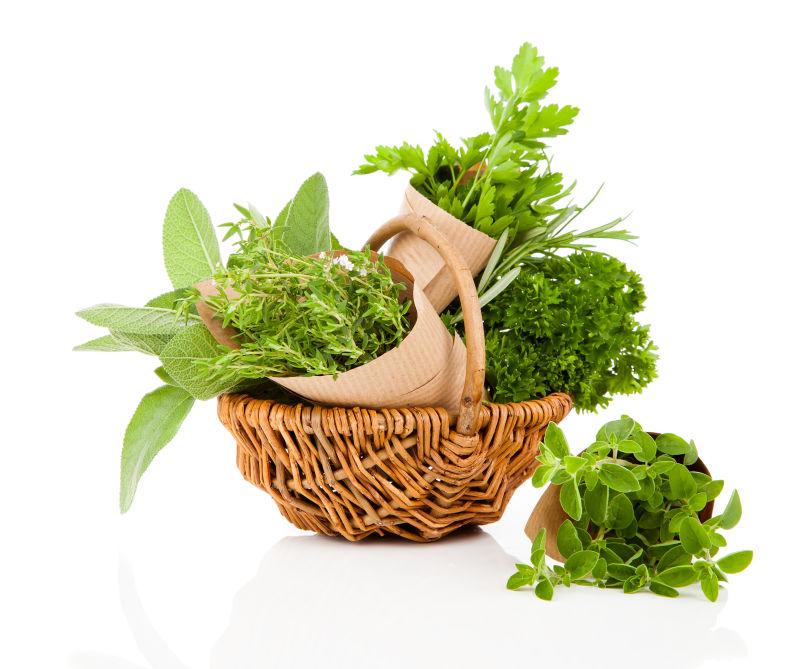 The stalk of oregano is 2-7 mm long, the abdomen is grooved, and the back is nearly round. The leaf blade of oregano is oval or oblong-ovate, 1-4 cm long, 0.4-1.5 cm wide, blunt or slightly obtuse at the apex, and broadly wedge-shaped to nearly round or slightly heart-shaped at the base. Entire or distant small serrations are bright green on the top, often with purple halo, with inconspicuous pilose and concave glandular points, light green below, obviously pilose and concave glandular points, lateral veins 3-5 pairs. The bracts are mostly sessile and often purple. 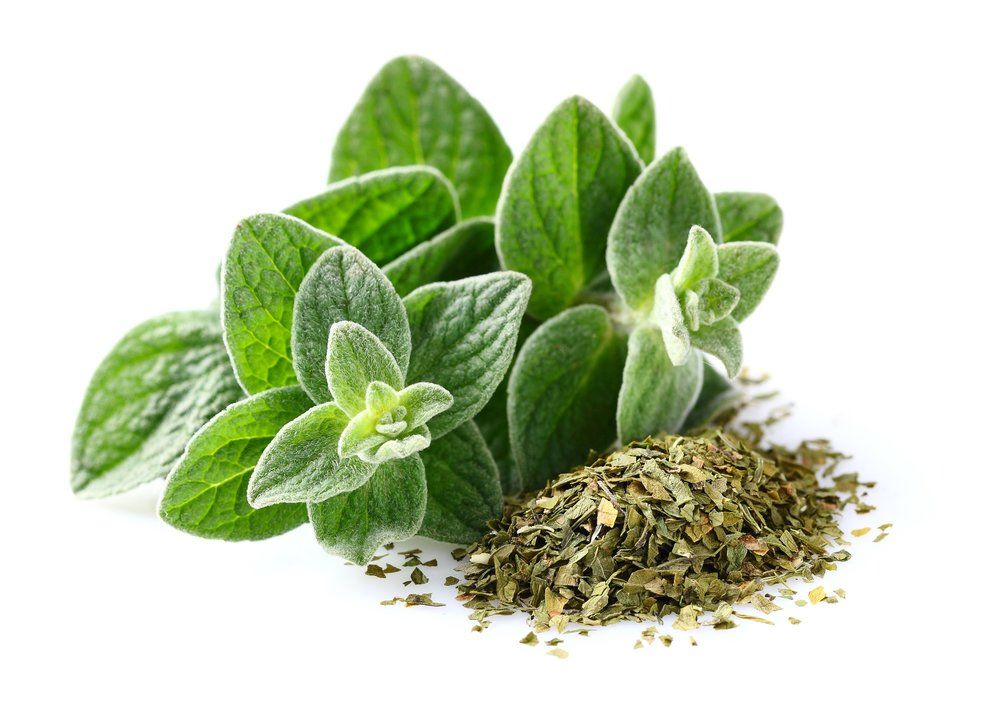 The inflorescence of oregano is a corymb-like panicle, dense, it is composed of elongated spikelets. Bracts are oblong obovate or oblanceolate, sharp, green or with purple halo, about 5 mm long. The calyx is bell-shaped, with teeth 3 mm long and small bristles or nearly glabrous on the outside, and a white pilose ring on the inside at the throat. The corolla of oregano is purplish red, reddish to white, tubular-bell-shaped, 7 mm long, and the bisexual corolla tube is 5 mm long, significantly extending beyond the calyx. The female corolla tube is often shorter than the calyx, about 3 mm long, and sparsely pubescent outside. The inner surface of the throat is sparsely pubescent, the crown is obviously two-lipped, the upper lip is erect, ovoid, 1.5 mm long, 2 lobed at the apex, and the lower lip is open, 2 mm long. The small nuts of oregano are ovoid, about 0.6 mm long. The apex is round, the base is narrow, brown, and glabrous. The flowering period of oregano is generally from July to September, and the fruit period is from October to December.

Oregano is widely distributed in Henan, Jiangsu, Zhejiang, Anhui, Jiangxi, Fujian, Taiwan, Hubei, Hunan, Guangdong, Guizhou, Sichuan, Yunnan, Shaanxi, Gansu, Xinjiang and Tibet. This herb often grows on roadsides, hillsides, under forests and grasslands at an altitude of 500-3600 meters. It also exists in Europe, Asia and North Africa, and it is also introduced in North America. 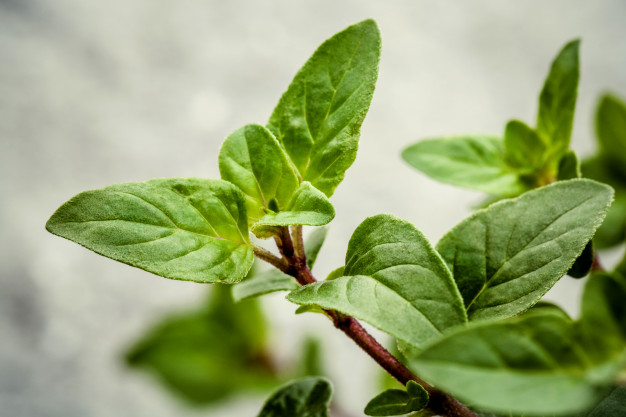 Oregano prefers a warm and humid climate and is highly adaptable. It is suitable for cultivation in sunny, deep soil, loose, fertile, and well-drained sandy loam. Oregano does not have strict requirements on the soil. It can be cultivated in general soil, but it is not suitable to cultivate oregano in alkaline soil and sandy soil. 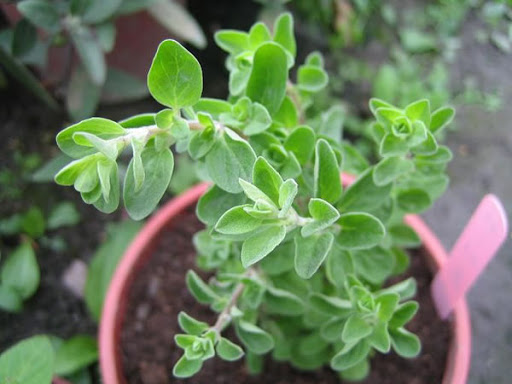 The direct seeding method of oregano is used to sown in spring in March. After mixing the oregano seeds with fine sand, the holes are planted at a row spacing of 25×20 cm. You'd better drill the ditch according to the row spacing of 25 cm, and sow the seeds of oregano evenly. Before sowing, it's a good idea to mix seed dressing with new high-fat film and seed coating agent to repel underground pests, isolate virus infection, strengthen breathing strength, and increase the germination rate of oregano seeds. After the whole ground is planted, the new high-lipid film 600-800 times liquid is sprayed on the surface of the soil, which can protect the moisture and water evaporation, sunscreen and drought resistance, prevent soil layer compaction, suffocate and isolate the source of diseases and insects, and improve the emergence rate of oregano seeds. 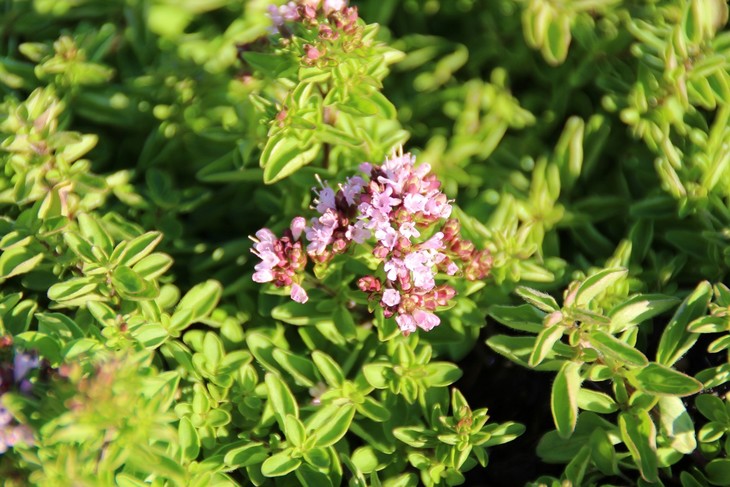 After the seedlings of oregano emerge in full and in time, weeding, weeding, irrigation and fertilization, and spraying a new high-fat film on the surface of the plant to enhance fertilizer efficiency, prevent pathogen infection, improve oregano's ability to resist natural disasters, improve photosynthesis efficiency, and protect The grass seedlings thrive. And you'd better fertilize at an appropriate time to make the stems of the plants thicker and lush. During the growth period of oregano, cultivating and weeding 2-3 times a year is a good choice, combined with topdressing 2-3 times. 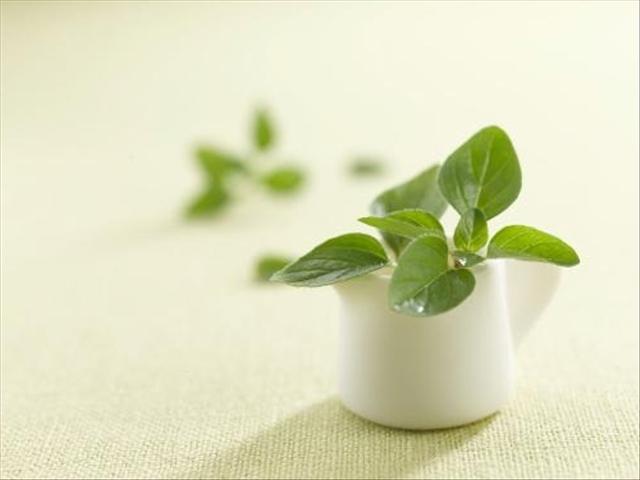 The diseases of oregano seedlings include root rot, sclerotinia disease, and insect pests such as cutworms. What you need to pay attention to is that you’d better focus on the prevention and control during the cultivation process. After harvesting, the roots of oregano will go through a bleeding period of 4-7 days, and the callus formation period is about 20 days, and then the new shoots of oregano begin to differentiate and form multi-branched clusters. It is not suitable to water from the bleeding stage to the differentiation of new shoots to prevent root rot. At the same time, if you want to improve the ability to resist disasters, reducing the amount of pesticides and fertilizers is the best way to reduce residual toxicity.