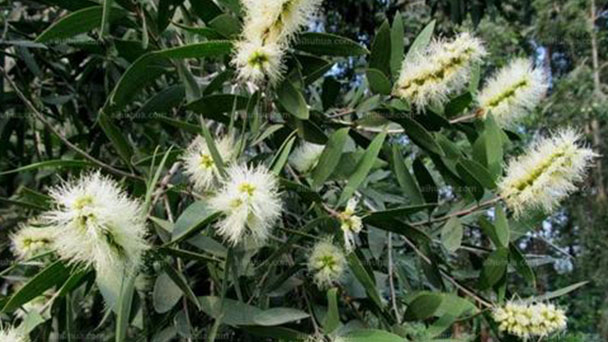 The weeping paperbark is elliptic and conical, the tree has graceful and neat posture and thick leaves, which is suitable for viewing and street tree. The medicinal material is the white bark of myrtle plants. 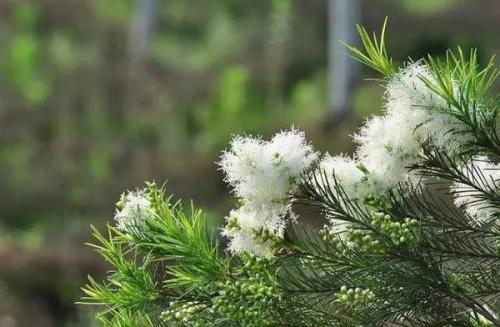 The morphological characteristics of the weeping paperbark

Weeping Paperbark is a tree with a height of 18 meters; Bark is grayish white, thick and loose, a thin layer of peeling; The twigs are grayish white.

Weeping paperbark likes a warm and humid environment, requires sufficient sunlight, strong adaptability, can withstand drought, high temperature and barren soil, can also withstand light frost and short-term low temperature of about 0℃, and is not strict on the soil.

Weeping Paperbark is commonly propagated with seeds, and seedlings are transplanted.

From autumn to spring of the next year, when the skins change from reddish brown to dark gray or brown, the Fruit branches will be picked and placed in a windless place under the sun for 2-3 days, and the fruits will crack and break out the seeds and unchaff grains. Seeds of Weeping Paperbark can be picked and sown, or dried and stored in a bag.

Sowing and seedling in spring. Because the seeds of Weeping Paperbark are small and the weight of 1,000 seeds is only 0.1g, the soil preparation is required to be careful. The topsoil needs to be sifted, pressed, drench enough water, and the seeds are planted and covered with film. The average daily temperature is above 10℃, and the seeds can germinate 5-6d after sowing. When the seedlings are 6-8cm high and the leaves are close to hard leather, the seedlings can be raised in a different bed.

Change the bed when seedling should apply sufficient base fertilizer, after every month topdressing 1-3 times. Weeping Paperbark can be planted when the seedling height is 1.2m. The size of the planting hole is 40cm in length, width and depth.

Classification of the weeping paperbark varieties

It belongs to the Weeping Paperbark genus of the Myrtle family and is native to the coastal area at 23.5° south latitude of Australia and the northern part of the Northern Territory. Its tree height up to 6m, trunk tuberous bending, bark layers, soft, elastic, like a sponge; Leaves are alternate, lanceolate, like acacia leaves; Summer to fall flowering, cylindrical spikes at the top of branches, small bottle brush, milky yellow, is a beautiful garden, street and windbreak trees. Each leaf Weeping paperbark or very high economic value of economic crops, the fresh branches and leaves can be extracted essential oil, tea tree oil, it can be highly effective, non-toxic, no stimulation to kill fungi and bacteria on the surface of the human body skin, and also have inhibition to some virus, its sterilization effect is 11-13 times that of phenol, in medicine, food antiseptic, cosmetic skin care and health care products are widely used.

Demonstrates the principles of ecosystem based management. In Florida alone, an introduced species is threatening human water supplies, land use, nature preserves and wildlife habitats, especially freshwater marshes. The spread of the plant has devastated the landscape of a major tourist area in the United States, raising a range of social and conservation issues. The Plain of Reed and the Mekong Delta in Vietnam are one of the poorest areas in the world, despite efforts to protect it and the value of the locality's economy, culture, and residents on the Weeping PaperBark ecosystem is widely recognized. However, the strict protectionism that park managers have adopted so far is likely to undermine conservation efforts because it ignores ecosystem values. Ecosystem management takes into account all human factors in the ecosystem, enabling the Weeping paperbark ecosystem to potentially continue to provide livelihoods for people in the Mekong Delta.

It is native to Australia, New Guinea and New Corridonia.In agriculture, it can be used as shelter forest and soil conservation, and can also be used as ornamental trees. In 1906, a forester at the University of Miami planted the first seeds brought from Melbourne in two areas on Florida's Atlantic coast. In 1936, individual tree planting contests were held to drain the Everglades in southern Florida. In the contest, seeds of the Weeping Paperbark tree were planted on an airplane in southern Florida. 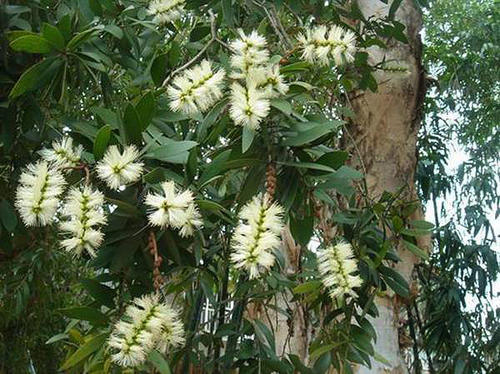 The pests on the Weeping Paperbark include ground tigers, large crickets, green elephant trunks, and the main disease is root rot. White-stem layer is more resistant to disease, mainly termite pests, can be controlled by meiLing trap bag, 300 ~ 450 bags /ha, the time should be two months before planting. The specific method is as follows: Shovel 5 ~ 6cm of topsoil and lay a layer of dead weeds that termites like to eat, and put some sugar water or rice soup on the weeds to improve the control effect. Then put on the trap after killing the bag and then cover with weeds.

Both adults and nymphs can attack the stems, leaves, fruits, and seeds of Weeping Paperbark, and sometimes the roots of plants. The whole Weeping Paperbark plant of the affected rubber seedling withered and died; Victim seedlings are bitten off the top bud, can not grow normally, and even die.

[Prevention and control method] Add 0.1% trichlorfon into wheat bran, rice bran or various kinds of green tea to make poison bait, and put it into the windward of the mouth of the cave in the evening to trap and kill. In the area with a convenient water source, water can be poured into the cave.

Root rot disease, high temperature and rainy season easy to come on, with 50% of the special 1000 times liquid injection.

The distribution area of the weeping paperbark

Weeping paperbark originally produced in Australia, it has been planted in Guangdong, Taiwan, Fujian, Guangxi and other areas of China, and is commonly planted as street trees beside the road, whose bark is easy to cause fire and is not suitable for afforestation.

Uses of the weeping paperbark

Tea tree oil is an aroma oil processed and refined from the Weeping Paperbark branches and leaves, which has antibacterial, disinfection, antipruritic and antiseptic functions. It is one of the main raw materials for detergents, beauty and health products and other daily chemicals and medical supplies, and has a wide demand. The weeping paperbark tree was cultivated once, which showed effect in the year, the weeping paperbark is harvested annually and can be picked twice a year, and the weeping paperbark can be picked 2000~3000 kg per acre, and the annual income per acre can be increased to 1800~2700 yuan, and it is an excellent greening tree. Therefore, this project is also one of the agricultural industrialization projects. 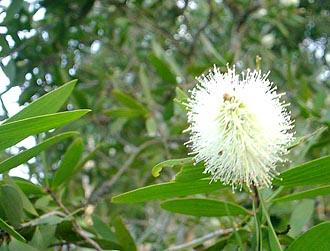