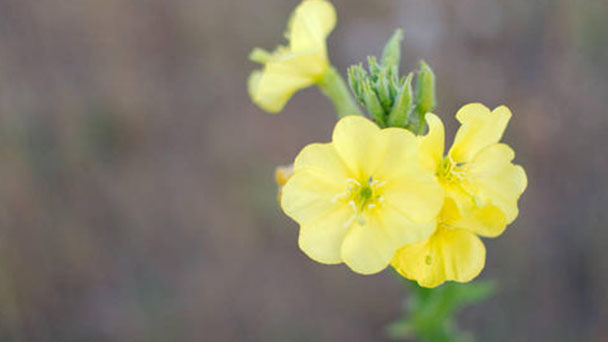 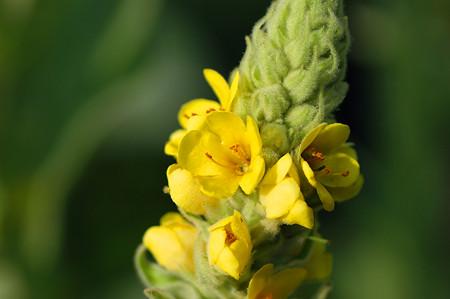 The basal leaves and lower stem leaves of Common mullein are oblanceolate and oblong, tapering to a short stalk at the base, up to 15 cm long and 6 cm wide, margin shallowly crenate, the upper stem leaves gradually shrink to oblanceolate to ovate-oblanceolate, and the base extends downward into narrow wings.

Common mullein is a spike terete, up to 30 cm long and up to 2 cm in diameter, elongate and thickened as a result, flowers dense, several clustered (at least proximally), pedicels very short; Calyx ca. is 7 mm, lobes lanceolate; Corolla of Common Mullein is yellow, 1 -- 2 cm in diameter; Common Mullein has 5 stamens, filaments 3 posteriorly hairy, filaments 2 anteriorly glabrous, anther base more or less descending into a glyph.

Capsules of common mullein ovate, about as long as persistent calyx.

The ecological habits of common mullein

Generally, direct seeding is adopted, and seedlings of Common Mullein can also be transplanted. In the whole ground, open 1m wide bed, according to the plant spacing of 50cm, hole two rows, about 7cm deep, add human and animal dung water, and then every 1hm2 with 900-1350g of seeds, mixed into the plant ash mixed with human and animal dung water, evenly scattered in the field. 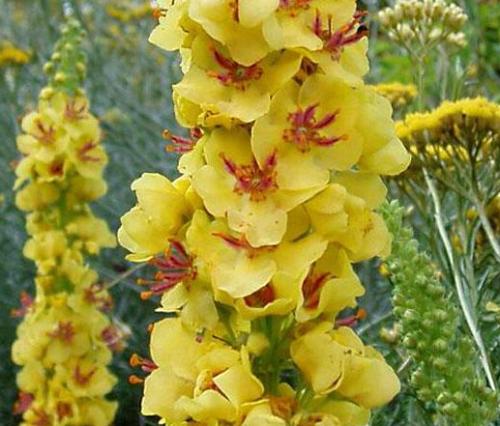 When the seedlings have 3-4 true leaves, the seedlings should be uniform and replenished, and 1 seedling should be left in each space. At the same time, intertillage, weeding and topdressing should be done once for winter. The second year in spring, and then leave seedlings weeding, topdressing 1 times. Fertilizer to human and animal dung water, but to master the first light after thick, and pay attention not to apply on the leaves.

Common Mullein's diseases include root rot, which can be controlled by lime-water sprinkling holes.

Common mullein is native to Xinjiang, China. It is also found in southern Europe, Russia and Siberia.

Garden use in Common Mullein

The purple common mullein, with its dense clusters of large erect inflorescences, is spectacular. Common Mullein is suitable for Flower border material, also can be planted in the forest margin gap. Common Mullein can be potted flowers, flower beds and large container cultivation, landscape and Garden planting. 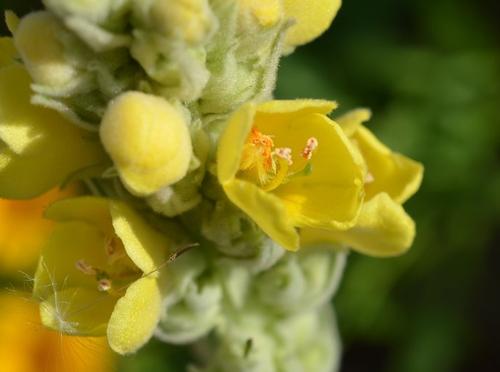