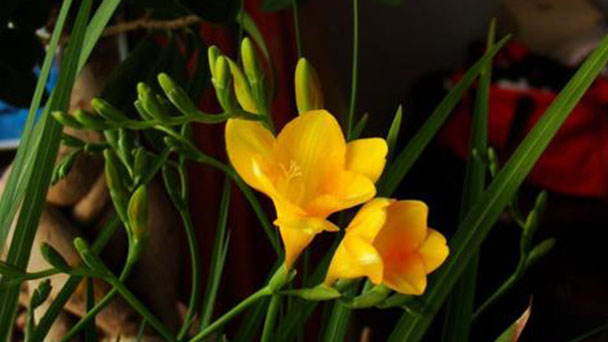 Vanilla bean orchid is a perennial woody herb with circular cylindrical stems and aerial roots on nodes. It is distributed in the tropics.

Vanilla bean Orchid is a land orchid or saprophytic orchid, which climbs and is usually tall. Leaves are with folded fan veins, large (autotrophic species) or completely degenerated (saprophytic species); Racemes are axillary, often shorter; Flowers are large, often rapidly wilting;Labellum base and the lower part of the core column combined into a tube, high and low, the upper part of the core column around; Long stamen column, no stamen column foot; Pollen is slightly agglutinate, granular silty; Seeds of vanilla bean orchid are thickly shelled. 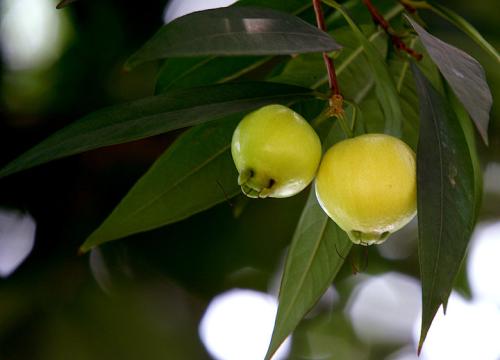 Vanilla Bean Orchid likes heat and humidity and is not cold tolerant. Calm wind and adequate shade are required.

Start your vanilla orchid in a mixture of half bark and half potting mix. This is slightly more dense and heavy than most orchid growing media. Your cutting or small starter plant will need this combination of excellent drainage and nutrients to nourish the plant while the vine develops. After the vine develops its epiphytic roots, it will no longer depend on the roots in the potting mix.

Watering a vanilla bean orchid means keeping both the growing medium and the wooden trellis structure damp, because the plant is developing "air roots" that draw moisture from the air. Allow the potting mix to dry out slightly between waterings to prevent root diseases, but maintain high humidity in the environment, because this is where the air roots obtain their moisture.2

Ideal temperatures are between 60 to 70 degrees Fahrenheit at night and 80 to 95 degrees during the day. These plants are not frost-tolerant, which means those who don't live in a tropical climate must grow them in a greenhouse.
Mist your plant regularly and make every effort to keep an 80 percent humidity level. At the same time, good air circulation is required to prevent fungal rot.2

Fertilize your vanilla orchid every two weeks during the spring and summer with orchid fertilizer.  Light but regular fertilization is recommended.

Read More: How to grow and care for Vanilla Bean Orchid 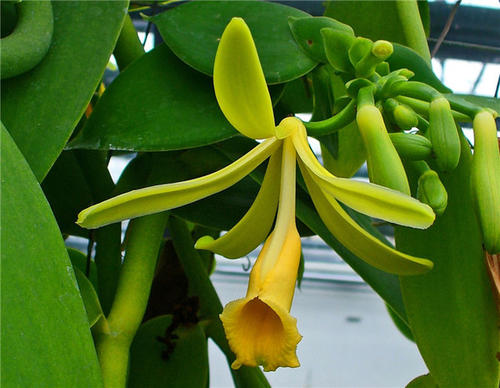 Vanilla Bean Orchid belongs to Orchidaceae, with about 70 species distributed in the tropics, including Southwest Vanilla bean Orchidv. Annamica Gagnep and Taiwan Vanilla bean Orchidv and Griffithii Reichb. F, which are produced in China.The fruits of V.Planifolia (Salisb,) Ames and VPompona Schiede V. tahitense J.W. Moore are the raw materials of the famous spices Chamela.

Vanilla Bean Orchid is mainly grown in Madagascar and Mexico.

Vanilla Bean Orchid is a unique vine of orchids, which can be used as an excellent indoor plant for appreciating leaves and flowers. Its flowers are green and white tongue, very fragrant, and its seeds are the world's precious spices. Now it can supply 30KG of original large seedlings, which can be epiphytic planted on pillars or hanging cultivation, or hydroponic cultivation like green gross, about 2-3 meters in length per kg.

Vanilla bean orchid can be cultivated on the whole plant or cut into several sections, and the market price is generally no less than 300-400 per pot.

Vanilla Bean Orchid has large, fragrant flowers and is a good hanging flower. Capsules can be extracted from vanilla essence, which is an excellent natural flavor in food processing and has a high reputation as "the crown of food flavor". 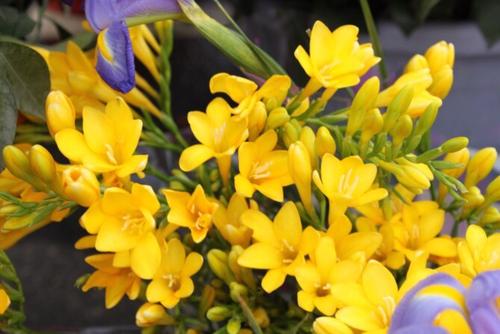