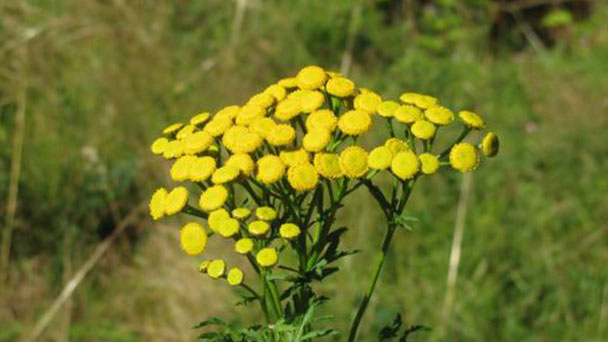 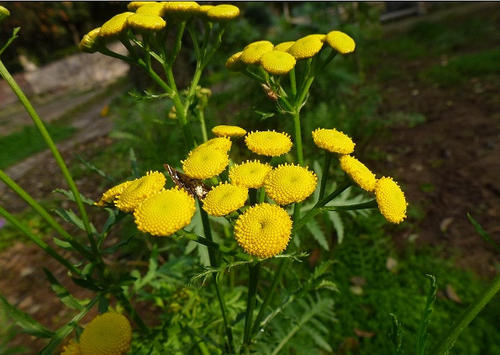 Tansy is a perennial herb, 30-150 cm tall.Stems erect, solitary or few in clusters, branched only distally, with very sparse unilhairs, but usually glabrous. Stems and leaves are most, holomorphic elliptic or elliptical oval, up to 25 cm, two pinnate split. The primary lobe of Tansy is completely cleft with 12 pairs of lateral lobes. The second lobe is deeply lobed, the second lobe is ovate, linear-lanceolate, obliquely triangular or oblong, the margin entire or shallow toothed or hemifid and divided into three pinnately divided leaves. Feather shaft pitted teeth. Lower stems and leaves of tansy have long stalk, middle and upper stems and leaves sessile. Leaves are all green or light green, very sparsely hairy or barely glabrous. Inflorescences of tansy are most (10-20) are arranged in dense corymbs or compound corymbs at the top of the stems and branches.Involucral bracts 5-13 mm in diameter. Involucral bracts are 3-layered, herbaceous. Outer layer of tansy is ovate-lanceolate, ca. 1.5 mm long, middle inner layer lanceolate or oblong, 3 -- 4 mm long. Bracts are with white or light brown margin narrowly membranous, apically membranous dilated. All florets of tansy are tubular, marginal female flowers smaller than bisexual ones. Achenes are 1.2-2 mm long. Coronal crown hairs are 0.1-0.4 mm long, crown margin shallowly toothed.

The ecological habits of tansy

How to grow and care for tansy

Tansy is reasonable in the growing season to pick the heart in order to make it grow more branches, so as to achieve the effect of firecrackers, otherwise the number of flowers will not be very much.

Tansy flowers grow best in full sun, though they can tolerate part shade. 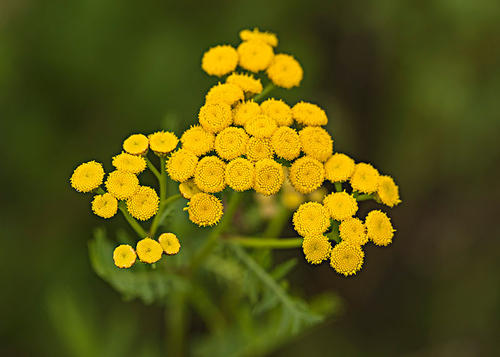 Tansy flowers are hardy to minus-40 degrees Fahrenheit. It does not do well in extreme prolonged heat.

Unfortunately, there are few pests and diseases to keep common tansy from spreading rampantly. The principle problem is removing the plant when it is unwanted.

Stems and heads of tansy contain insecticidal substances, which can be used as insecticides.

The whole grass contains tanacetin, tanansy A and tanacetol B. The volatile oil consists of lipoxygenone, viburnum alcohol in leaves and cislongipinane-2, 7-dione in flowers.

Tansy is a poisonous plant included in the Chinese Plant Atlas Database, and its toxicity is that of whole grass. Tansy can cause poisoning by ingesting excessive amounts of Tansy oil and drinking leaves as tea. Livestock can also be poisoned by ingestion. Symptoms of human and animal poisoning are tremor, foaming at the mouth, intense spasm, pupil dilation, pulse frequency and weak, dyspnea, and death of heart paralysis finally. 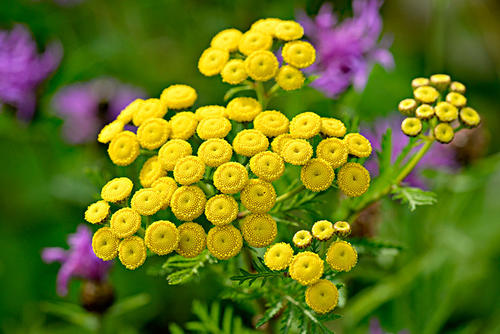