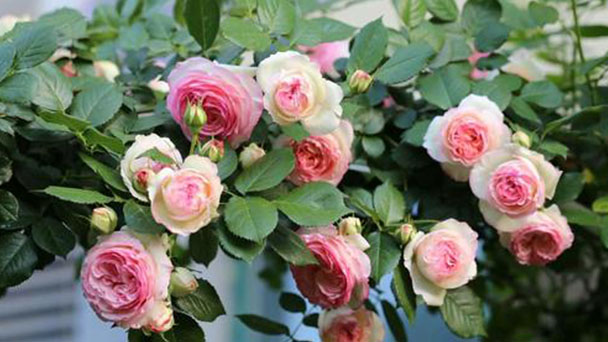 Rosa Eden (Meiviolin) is a kind of plant of the genus Rosa, which is loved by people all over the world. Rosa Eden was named after Pierre de Ronsard, a sixteenth century poet known as the "rose poet." It is a kind of climbing rose. 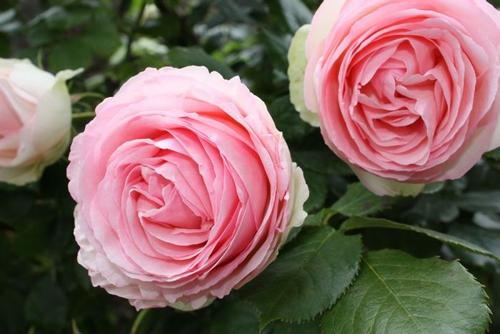 Rosa Eden (Rose Eden) has been named World's Best Rose by the World Federation of Rose Societies' highest award. In 2006. Style, Flower door, climbing vine fence, etc. In the early 1980s, the prestigious French rose company, Meiland International, developed a unique rose with elegant colors and classical flower patterns, but at the time, it did not fit the aesthetic. As a result, the new variety was not much of a concern for the company, and when it decided to destroy it, its agent in Germany reportedly saw the light, convinced that this unique rose would be a new market favorite and usher in a new era.In 1983, the agency offered to continue testing and observing the rose. 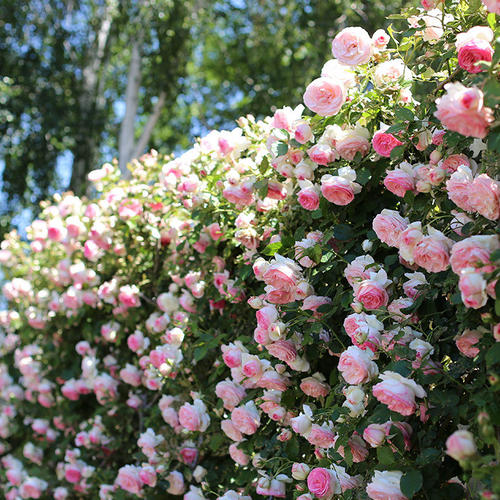 How to Care for Rosa Eden

Rosa Eden is pleasant to loose fertile soil, with breathable, water, protect fertilizer for the best

Rosa Eden is pleasant to light, it is best to ensure sufficient light conditions, sunshine in more than 4 hours a day is better. Rosa Eden loves light and is suitable for growing in a well-ventilated and well-lit environment. In spring and autumn, the light is mild, which can give rosa eden plenty of light. During the summer, the light is too strong, so you need to do shading works to avoid strong light exposure of Rosa Eden flowers.

Rosa Eden likes water, ensure sufficient water in the growing period, dormant period to reduce watering frequency; Rosa Eden flower blooms during spring and occasionally in summer and autumn. In the early flowering stage, Rosa Eden needs more water, but it is not resistant to waterlogging and needs proper watering. When caring for Rosa Eden, the soil needs to be kept moist, and during periods of high temperature or drying, the amount of water needed to be increased and spray around.

Rosa Eden requires rich fertilizer before flowering, and sufficient fertilizer is conducive to the bloom of flowers. When caring for Rosa Eden, the appropriate amount of fertilizer, mainly phosphorus and potassium fertilizer, can promote the growth of Rosa Eden flowers to bloom. When fertilizing, the concentration of fertilizer should not be too high. It is not necessary to fertilize Rosa Eden after it stops growing in winter.

Late autumn after the weather turns cold Rosa Eden will gradually deciduous dormant, deciduous leaves after the Rosa Eden branches exposed, is a good time for plastic pruning winding, pruning thin weak sick branches to remove, strong main branches and old branches to retain, remove the top of the main branch to promote the growth and flowering of lateral branches. In spring and summer Rosa Eden will pull out a lot of strong shoots from the bottom, these branches should not be pruned off, they are the main force of the next year's flowering.

Because Rosa Eden is a relatively large vine rose with high requirements for environmental ventilation, it is recommended to be cultivated by users on balconies and gardens. The cultivation effect of indoor closed balconies is poor, so it is not recommended to grow.

Rosa Eden likes to take root, so if it is small seedling cultivation, it needs a pot deep enough to benefit its root growth and absorb nutrients, and the size of the pot should change with the growth of Rosa Eden seedlings, bigger and deeper. If the pot is not deep enough, it will greatly affect the normal growth of Rosa Eden flower seedlings and the cultivation of flower buds

Rosa Eden flowers are originally from France but are widely accepted in Germany. Rosa Eden is very beautiful, with big white and pink flowers. Rosa Eden has now become a kind of plant that gardening enthusiasts must grow. 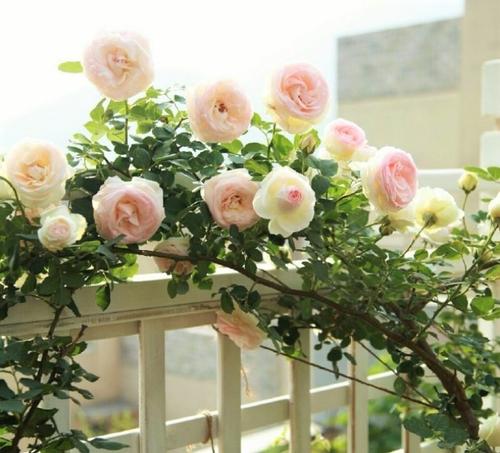 How to grow Rose

How to care for rose

How to take care of rose

How to grow and care for rose