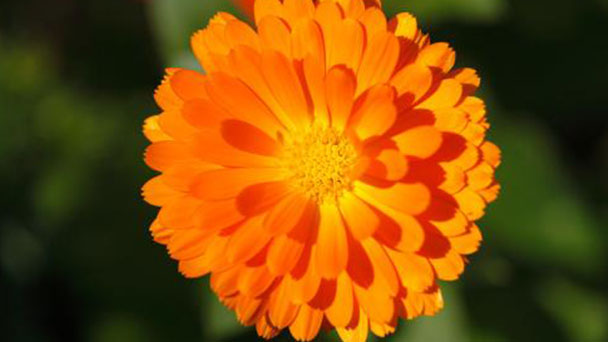 Pot marigold, scientific name Calendula officinalis, belongs to the genus Pot marigold in Compositae. Pot marigold is an annual or more annual herb, happy illumination, not strict to soil requirement, can be in dry, loose and fertile in alkaline soil good growth, endure barren, often used at flowerbed place. Pot marigold was used in ancient Western medicine or as a dye, but also as a cosmetic or food. The leaves and petals were edible and used as a decoration for dishes. Pot marigold is native to southern Europe. It has medicinal value of anti-inflammatory, anti-bacterial and heat-clearing decrease internal heat to treat acne and acne. 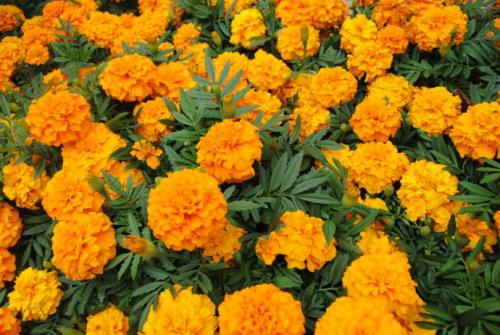 The flowering period of Pot marigold is from March to December. Achene, ship - shaped, claw - shaped, fruit ripening period from May to July.

Pot Marigold likes sunny environments, strong adaptability, can withstand -9℃ low temperature, and is afraid of hot weather. Do not choose soil, with loose, fertile, slightly acidic soil is best, can sow from, grow fast, more cold, do not choose soil.

Pot marigold is native to southern Europe and the Mediterranean coast, and is cultivated in many parts of China. It is distributed in Guangdong, Guangxi, Fujian, Sichuan, Yunnan and Guizhou provinces.

Pot marigold mainly propagates by sowing propagation, also can be cuttings propagation, often autumn sowing or early spring shed (or sun beds) sowing propagation. In southern China, planting can be done several times a year, but mainly in autumn. Pot marigold has strong adaptability and can overwinter on the open ground. Summer sowing should pay attention to shade and heat prevention. In the north of China, spring sowing is mostly carried out in April and May. Flowers bloom in early summer, which can be safely passed over in cool places. Flowers bloom again between September and October. It can also be autumn sowing, sowing seedlings in late September to 10 early moved into the cold bed for winter, the second spring moved to outdoor cultivation or potted culture, frost when moved into the low temperature greenhouse to facilitate, maintain 10℃, winter flowers.

Seedling long 3-4 pieces of true leaves when transplanting 1 time, the use of wide and narrow row planting, big row 70 cm, small row 50 cm, plant spacing of 25 cm, each mu of seedlings to stay 4500 plants, according to the big and small seedling branch planting. Mulch is used to increase ground temperature and promote early flower ripening. After transplanting to flood irrigation, promote early slow seedling, early root. When seedlings are 5-6 true leaves, plant them in 10-12 cm pots, or apply them to landscape according to their use. In addition, it can also be transplanted directly to the basin after the seedling refining period. Pot marigold is generally used in a 12-13 cm diameter nutrition bowl, and the Pot is placed in place at one time without changing pots. If the seedlings are raised by broadcast seeding, it is best to transplant the seedlings once with 128 or 288 holes at 1-2 pairs of true leaves, and then put them into the pot.

Cultivation soil: after transplanting to shallow hoe to protect the pick, when seedling height 25-30 cm, a small amount of branching, from ridges and furrows take soil to cultivate at the base of the plant, in order to promote adventitious roots, prevent falling, at the same time inhibit the growth of the weeds below the film.

Watering: after soil cultivation according to soil moisture moisture for watering, each watering amount should not be too large, do not spread ridge, keep the soil between the dry wet. 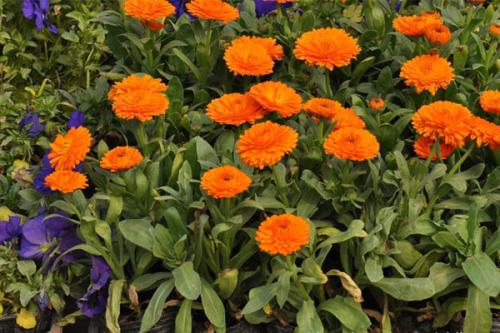 It is not easy to get close to the growing point of the plant. Therefore, virus-free plants can be obtained through stem tip tissue culture for cultivation.

When planting, keep away from the garden of roses such as plum and plum to reduce the source of overwintering insects.

Protection and utilization of natural enemies such as ladybugs, lacewings and syphilis.

Rinse the branches and buds with water before the germination of flowers and trees in early spring, and wash away the overwintering eggs and newly hatched nymphs. Clear the surrounding weeds.

In the emergence stage of adulthood, black light can be used to trap and kill them according to their phototaxis. Remove the leaves with eggs in time.

The control method of Artemisia chinensis

According to the phototaxis of adults, black light can be used to trap and kill.

Artificial capture can be used when a small number of larvae occur; We can also use 800~1000 times the liquid 50% kill borer pine pest eradication.

Flower is the most important economic organ available to Pot Marigold, which is mainly used in cosmetics, medicine, etc. Flowers are also used to decorate and prepare salads, and to give soups, breads, and vinegar their golden color and distinctive flavor.

1. It has anti-infection ability and bactericidal properties, and has obvious effects on damaged tissues such as burns, skin skin cracks, chilblains, etc.

2. Modern medicine has proved that Pot Marigold can resist fungal, protozoa, bacteria and viral infection. Antifungal activity has been demonstrated in vitro with 10% methanol extract and 70% ethanol tincture, which has high antiviral activity against viruses such as influenza and inhibates the growth of herpes simplex virus.

5. Pot Marigold's distilled water is used as an eye lotion to treat conjunctivitis. Other topical uses include lotions, poultices and compresses.

6. Pot Marigold ointment is an excellent cosmetic component that is effective in repairing minor skin lesions such as subdermal capillary wounds or sunburn.

7. Extract of Pot Marigold, like saffron, is used as a folk remedy for smallpox and measles.

8. Internal administration of Pot Marigold is beneficial for digestive tract inflammation, such as gastritis and duodenal ulcers, especially for visceral bleeding (such as black faecal disease).

9. Pot marigold essential oil can be extracted from flowers by steam distillation, along with saponin, Pot marigold (a carotene), malic acid, ascorbic acid and viscose.

Flowers can also be extracted by boiling water to get yellow dye, used in the textile industry. 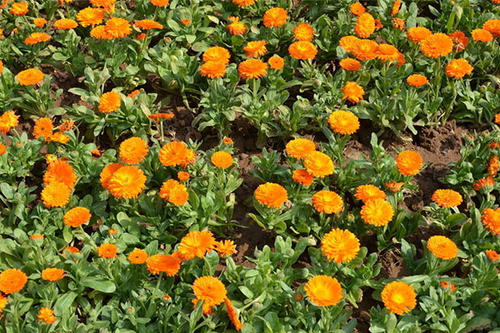 How to grow Calendula officinalis

How to propagate Pot marigold

How to Grow and Care for Pot Marigold