Pongamia pinnata, also known as Pongam, Karum tree, poonga-oil tree, is a medium-sized fast-growing tree, the only plant in the genus Pongamia in the leguminous family. Pongamia pinnata is a semi-mangrove plant widely distributed in the Pacific coastal areas from Southeast Asia to northern Australia. It is also widely distributed in Guangdong, Hainan and Taiwan in China. 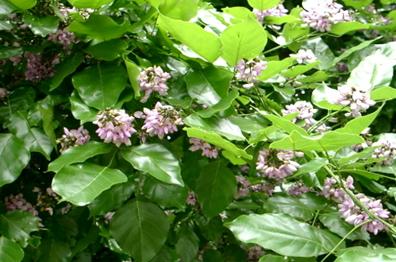 The pod of pongamia pinnata is 4-5 cm long and 1.5-2.5 cm wide, with an inconspicuous verruca on the surface, a short beak slightly curved at the tip, no dehiscence, no raised edges or wings along the suture lines, and 1 seed; Seeds are reniform.

Pongamia Pinnata is born near streams, ponds and tidal energy.

The conventional method of propagation of Pongamia pinnata is mainly seeding and cutting.

Pongamia pinnata sowing propagation is first of all to the seed selection, it is best to choose the seeds harvested in those days. As the seed is kept longer, its germination rate will decrease. The selection of seeds should be full, without imperfection or deformity, and there are no pests and diseases. Before sowing, the seeds should be disinfected. The common method is to soak seeds in hot water at about 60 ℃ for 15 minutes. Then use warm water to accelerate germination for 12 ~ 24 hours. The seeds are sown in disinfected substrate, covering the substrate with about 2 ~ 3 times the thickness of the seed. Transplant most seedlings when they have three or more leaves.

Pongamia Pinnata can be propagated by cuttings of current year's twigs in late spring and early autumn, or by cuttings of old year's twigs in early spring, usually only one generation can be propagated in a year. Cuttage uses nutrient soil or the material such as soil of river sand, mud carbon commonly, the river sand of sea sand and salinization area does not use. At the end of spring to early autumn when the plant is growing exuberant, choose that year to grow stout branches as cuttings, a section of 5 ~ 15 centimeters long, each section should take 3 or more than 3 leaf buds. The optimal rooting temperature of cuttings is 20 ℃ ~ 30 ℃, and the appropriate relative humidity of air is 75 ~ 85%. A certain shade should be carried out on sunny days, and cuttings should be sprayed 3-5 times a day. Transplant when the seedlings are about 10 centimeters long. Pongamia pinnata is a tropical plant that has a strict winter temperature requirement, cannot overwinter naturally in areas with frost, and must also be watered moderately during the winter. 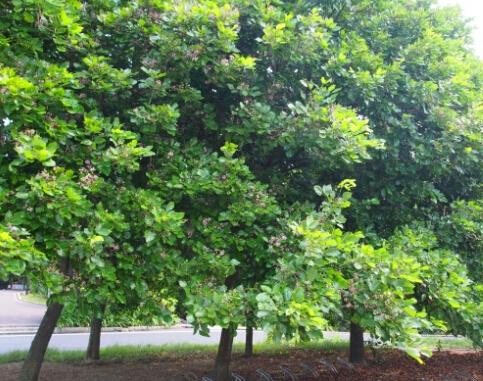 After flowering, it is advisable to prune the branches of Pongamia Pinnata, arrange the crown of the tree, and prune once a year in early spring. Fertility temperature of 22 to 32 degrees Celsius, transplantation time is appropriate all year round.

The distribution of Pongamia Pinnata

Pongamia Pinnata whole plant can be used as emetic and pesticide.

Garden use of Pongamia Pinnata

Pongamia Pinnata can be used as a bank protection forest and street tree in coastal areas.

The dense and beautiful wood of Pongamia Pinnata can be used to make all kinds of appliances.

The seed oil of Pongamia Pinnata is used as fuel. 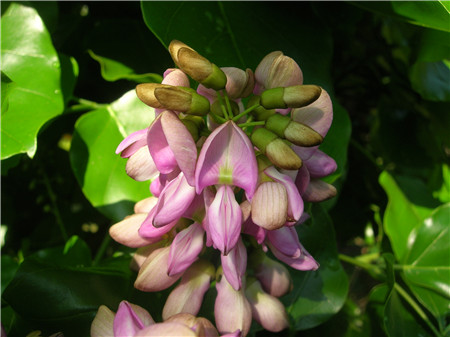