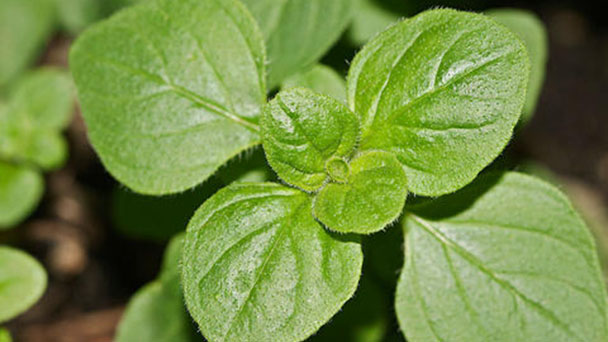 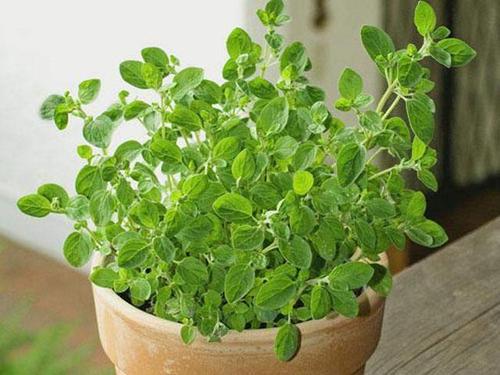 Oregano is a Herb or subshrubs perennial, aromatic; Rhizome is oblique, its nodes with slender fibrous roots. Stems of Oregano are erect or prostrate near the base, usually 25-60 cm tall, more or less purplish, four-pronged, with inverted or slightly curling pubescent, numerous, emanating from the rhizome, with flowering branches at upper-middle nodes, sterile short branches at lower nodes, often without leaves near the base.

Leaf handle of Oregano is 2-7 mm long, the front slot, rear suborbicular, pilose, ovoid or oblong-elliptic leaves ovoid, 1-4 cm long, 0.4 1.5 cm wide, apex obtuse or slightly obtuse, base broadly cuneate to suborbicular or slightly cordate, margin entire or away from the small serrated, light green, with purple halo, often with no obvious pilose and glandular dots of sag, light green, below was apparently pilose and glandular dots of sag, lateral veins 3-5 pairs, with midrib above was not significant, the following: how many prominent; Bracts of Oregano are mostly sessile, often purplish.

The inflorescence of Oregano is a corymbiform panicle, open, many flowers intensive, by the majority of long in fruit.

Oregano likes a warm and humid climate, strong adaptability. Oregano is advisable to cultivate sandy loam with sunny, deep soil layer, loose and fertile soil and good drainage. The soil requirements are not strict, general soil can be cultivated, but alkaline soil, sandy soil is not suitable for cultivation.

In the direct seeding method, the seeds of Oregano were sown in the spring. After the seeds were mixed with fine sand, the seeds were sown in acupoints according to the row spacing of 25×20 cm. Drill sowing according to the row spacing of 25 cm open trenches, the seeds of Oregano will be evenly planted into. Before sowing, the seed dressing with new fat film and seed dressing agent are used to ward off underground diseases and insects, isolate virus infection, strengthen the respiratory intensity and improve the seed germination rate. After preparing the ground for planting and then using a new high fat film 600-800 times the liquid spray on the surface of the soil, it can protect moisture and prevent evaporation, sunscreen and drought resistance, prevent soil hardening, asphyxiation and isolation of disease and insect sources, improve the emergence rate. 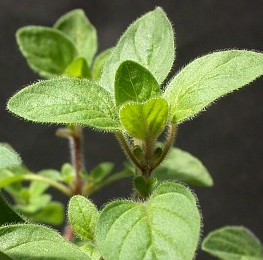 After the seedlings of Oregano out of the timely thinning, medium tillage weeding, irrigation and fertilization, and spray on the plant surface of the new fat film, enhance the efficiency of fertilizer, prevent germs infection, improve the ability to resist natural disasters, improve the efficiency of photosynthesis, protect the seedling growth. And timely spray strong stem spirit to make the plant stem robust, lush plants. During the Oregano growth of the annual plowing weeding 2-3 times, and combined with human excrement and urine 2-3 times.

Prevention and control of diseases and pests of Oregano

Oregano diseases include root rot disease, sclerotia disease, insect pests such as ground tiger, cultivation process should pay attention to control. After harvesting, the root will undergo a 4-7 day bleeding period and about 20 days after callus formation, then new buds will start to differentiate and a multi-branched plant cluster will be formed. Injured flow period to bud differentiation should not be watered, in case of rotting roots. At the same time, it is necessary to enhance the ability to resist disasters, reduce the use of pesticides and fertilizers, and reduce residual toxins.

The main value of Oregano 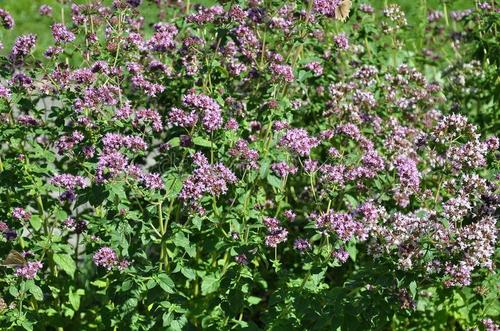 How to propagate oregano

How to grow and care for oregano