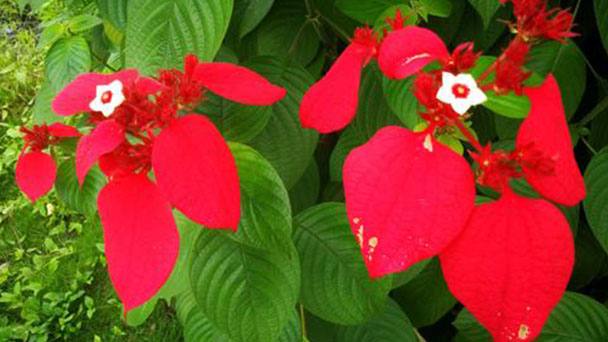 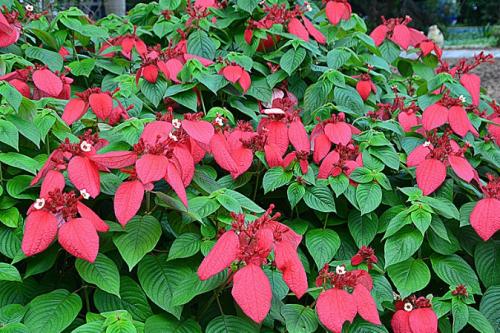 Mussaenda Erythrophylla is an evergreen or semi-deciduous erect or climbing shrub, leaves papery, lanceolate elliptic, 7 -- 9cm long and 4 -- 5cm wide, long acuminate at the top, narrow at the base, thinly pubescent on both surfaces, veins red. Corolla is pentagonal, yellow. One sepal of some flowers dilated into a leaflike, dark red, ovoid, 3.5 -- 5cm long. Apex is mucronate, red pubescent, with 5 longitudinal veins.1-1.5 m high.

Before sowing, we must first select the seeds. The seeds of mussaenda erythrophylla are well-chosen, which is directly related to the success of sowing.

It is best to choose the seeds of the harvest. The longer the seed is kept, the lower its germination rate will be.

The selection of full seeds, no incomplete or deformed seeds.

Choose seeds that are free of pests and diseases.

Soak the seeds of Mussaenda Erythrophylla in warm water (about the same temperature as your face wash) for 12 to 24 hours, until the seeds absorb water and swell. For very common seeds that germinate easily, this job can be left out.

For by hand or other tools hard to clamp the tiny seeds, we can put the toothpick wet with water, at the end of the stick a grain by a grain of the seeds on the surface of the substrate, the substrate 1 cm thick, then the planting Flower pot into the water, the depth of the water for the flower pot 1/2 ~ 2/3, the height of the water soak up slowly (the method known as "basin leaching method");

For larger seeds of Mussaenda Erythrophylla that can be held by hand or with other tools, place the seeds directly into the substrate and seed them at 3 x 5 cm intervals. After sowing, the substrate was covered with 2 ~ 3 times the thickness of the seed. After sowing available sprayer, fine pore sprinkle sowing matrix quality wet, when the basin soil is slightly dry and then drenched, still pay attention to the strength of watering can not be too big, so as not to flush up the seeds;

After sowing in late autumn, early spring or winter, when the cold wave and low temperature are encountered, the flowerpot can be wrapped with plastic film for the benefit of heat preservation and moisture preservation; After the seedlings are unearthed, the film should be uncovered in time, and the seedlings should be exposed to sunlight before 9:30 in the morning or after 3:30 in the afternoon, otherwise the seedlings of Mussaenda Erythrophylla will grow very weak. After most of the seeds are even, it is necessary to thin the seedlings properly: diseased and unhealthy seedlings are pulled out so that the remaining seedlings have a certain space between each other; Most seedlings can be transplanted when they have three or more leaves.

Because Mussaenda Erythrophylla is native to tropical areas, like high temperature and high humidity environment, so the winter temperature requirements are very strict, when the ambient temperature is below 10℃ stop growing, in frost can not safely overwintering.

Strengthen the air convection, so that the body temperature can be emitted;

Put Mussaenda Erythrophylla in the half shade, or give it shade 50%; 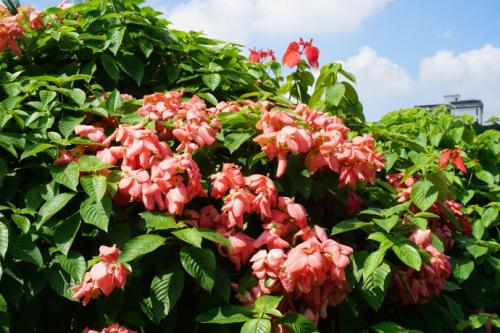 1. Move to a bright indoor place for maintenance;

2. In the outdoors, Mussaenda Erythrophylla can be wrapped in the film for winter, but every two days it is necessary to uncover the film and let it breathe when the temperature is higher at noon.

For potted plants, in addition to adding organic fertilizer on the pot, in the usual maintenance process, but also to carry out appropriate fertilizer and water management. Spring, summer and autumn: these three seasons is the peak season for its growth. Fertilizer and water management cycle according to the sequence of "huabao" -- clear water -- "huabao" -- clear water, and the interval period is about 1 to 4 days.

Cutting matrix: it is used for cutting nutrient soil or river sand, clay soil and other materials. Family cuttings limited to the condition is difficult to get the substrate of the ideal cutting, it is recommended to use has been prepared and disinfected cuttings substrate; Medium-coarse river sand is fine, but rinse with clean water several times before use. Sea sand and saline areas of river sand do not use, they are not suitable for the growth of flowers and plants.

Cutting selection: shoots cuttings, in late spring to early autumn plant growth exuberant, the selection of the year as a sturdy branch cutting. After cutting off the branches, select the strong parts and cut them into sections 5 to 15 centimeters long, with more than 3 leaf segments in each section. When cutting cuttings, it should be noted that the upper cutting mouth is about 1 cm at the top of the top leaf section, and the lower cutting mouth is about 0.5 cm at the bottom of the bottom leaf section. The upper and lower cutting mouth should be flat (the knife should be sharp). Carries on hard cuttings, after the early spring temperature rises, selects the previous year's robust branches to do the cuttings. Each cutting usually retains 3 ~ 4 segments, and the cutting method is the same as that of shoots cutting.

Take a strong branch and peel off a circle of bark about 15 to 30 cm below the top. The width of the wound after stripping should be about 1 cm, and the depth should be limited to the skin just peeled off. Cut a piece of film 10 ~ 20 cm long and 5 ~ 8 cm wide, put some wet Garden soil on it, and wrap up the part of the ring peel as if it were a wound. Tie the upper and lower ends of the film tightly and bulge up in the middle. Root in about four to six weeks. After taking root, the edge of the branch root system cut together, became a new plant. Basin or transplanting: seedlings basin or have years of large strain, the first in the pelvic floor in 2 ~ 3 cm thick coarse-grained matrix as a filter layer, cover it with full of rotten organic fertilizer as basal, the thickness of about 1 ~ 2 cm, then cover with a thin layer of the substrate, about 1 ~ 2 cm thick, and then into the plant, in order to separate the fertilizer from the root, avoid burning roots.

Pour permeable water once after the basin, and put Mussaenda Erythrophylla in a shaded environment for maintenance for a week. When the seedlings are transplanted, dig the planting hole first, and sprinkle a layer of organic fertilizer at the bottom of the planting hole as base fertilizer (base fertilizer), the thickness is about 4-6 cm, and then add a layer of soil and put the seedlings, to separate the fertilizer from the root system, to avoid burning the roots. Put into the seedlings, backfill the soil, cover the root system, and foot the soil, pouring a permeable.

Mussaenda Erythrophylla has about 120 species in the same genus and is found in tropical Asia and Africa. There are 28 species from southwest China to Taiwan, most of which can be used for ornamental cultivation. White paper fans are also common.

Mussaenda Erythrophylla is found in tropical Asia and Africa. There are 28 species in China, from southwest to Taiwan.

Mussaenda Erythrophylla is ideal for potted or garden plants. Mussaenda erythrophylla abnormal leaf red sepals in spring, foiling white flower is beautiful, the configuration of the woods, the grass around or small courtyard, is the delight. 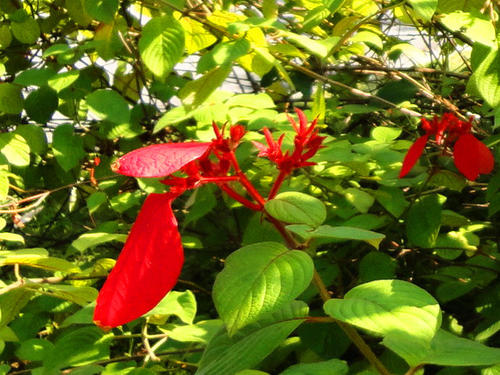