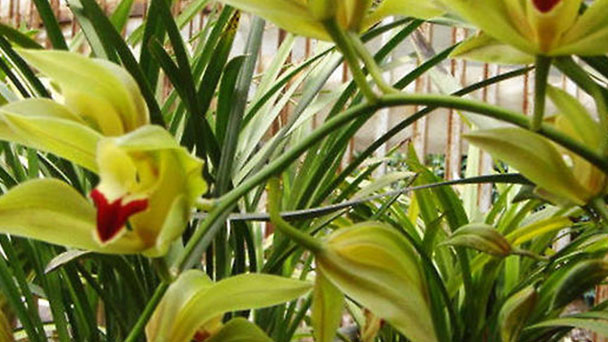 Low's Boat Orchid, scientific name Cymbidium lowianum, is graceful, colorful and gorgeous; Low's Boat Orchid is easy to blossom, usually each mother plant can blossom two or three branches, like clusters of brocade group, reflect each other, very lively, and the flowering period lasting, as long as 1~2 months. 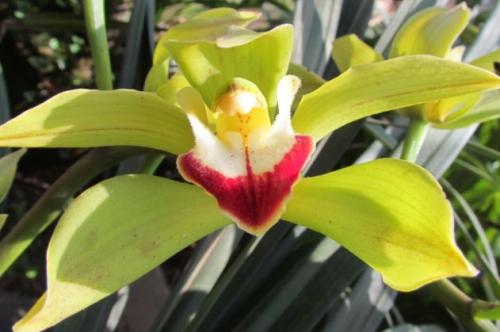 Scape protruding from the base of pseudobulb, suberect, spreading, or curved, 60 -- 80 cm long; Racemes are with 10 to 20 or more flowers; Bracts are ovate-triangular, ca. 3 mm; Pedicels and ovaries are 3 -- 4 cm long; Flowers are 7 -- 9 cm in diameter, fragrance-free; Sepals and petals of Low's boat orchid are apple-green or yellow-green, with reddish-brown longitudinal veins, labellum pale yellow, middle lobes with deep red anchor spots (or V-shaped spots and 1 midline); Sepals are narrowly obovate-oblong, 4 -- 5 cm long, 1.4 -- 1.6 cm wide;

Petals of Low's Boat Orchid are narrowly ovate-oblong, subequal to sepals, 8 -- 10 mm wide; Lower sepal is sub broadly ovate, 3.5 -- 4 cm long, 3-lobed, base connate with stamen to 3 -- 4 mm; Lateral lobes are hairy, especially densely short hairs on anterior part; Middle lobe is densely short hairs on anchorlink patches, margin rodent and slightly undulate;2 longitudinal folds on the labial disc are hypertrophic, extending from the base of 7 ~ 9 mm to the lower part of the base of the middle lobe, with fine hairs above; The stamen column is about 2.7 ~ 3 cm long, curved-forward, winged on both sides, and the ventral base has papillae or short hairs; Low's Boat Orchid has 2 Flower ball, triangular.

Low's boat orchid likes a warm and humid environment but is not heat resistant. They like shade but must have sufficient scattered light. Lower elevation 750 upper elevations 1900 epiphytic on trees in a forest or on rocky walls beside valleys.

Low's boat orchid is a member of the orchid family. Leathery, girdle-like leaves, extending upward, bending midway, and drooping at the tips, vary in color from yellowish-green to dark green depending on the light.

Low's boat orchid does not need roots, new roots are fat and white, old roots are light yellow, broken roots can be regenerated, many new roots can be produced every year, and after the year becomes brown natural fracture.

How to grow and care for low's boat orchid

A pot of soil needs no soil. We can choose water moss, coconut bran, late broken Alan, carbon block, broken brick, stone, bark, peat, etc., after cleaning, according to the needs of different varieties into a mix of water degree, pH value between 5.6~6. The basin should be narrow and deep, good ventilation, and the best use of the plain burning basin. Because the roots of most varieties require high humidity, the wall of the pot should not have large holes.

If planting just cultivated seedlings of Low's boat orchid, because the planting material is wet when planting, after planting should be several times in the leaf spray. Increase water consumption after 5 days; New roots begin to grow in 10 days; After about 2 weeks, the leaves turn dark green, indicating survival, but the temperature and survival need to be checked frequently.

If you transplant large seedlings of Low's boat orchid, you must flush the mud and sand impurities in the basin immediately after planting, and the water should quickly flow out from the drainage hole until the water is clear. If drainage is poor, replant. After a week of planting can only be used for foliar spray. After planting, there should be sufficient water throughout the year. Winter and early spring daily morning watering once, early summer to late autumn daily before 8 o 'clock and after 5 in the evening each watering once.

Low's boat orchid is fatter than other orchids. The inorganic fertilizer used is mainly compound fertilizer, the concentration is about 0.1%~0.2%, once a week, applied throughout the year. Organic fertilizer can be fermented oil meal mixed with bone meal or superphosphate, made into a pellet of about 2 centimeters in diameter, placed on the surface of the basin, slowly release fertility along with water penetration. Each pill is valid for one month and is administered seven or eight times a year. In the growth of the prosperous period should also be topdressing the stale cake fertilizer. In addition, potassium fertilizer should be applied in early summer, 8 months before the gestational flowering period of Steller's orchid.

Low's boat orchid needs plenty of scattered light to grow. When the light is insufficient, the corm ridges are thin and difficult to bud. It can be covered with a 50% shading net, sunshine time in more than 6 hours; Overcast days of winter to open the shading net to accept direct light. But the flowering orchid plants need less light, direct light will make the small yellow flowers fall off, low light flowers look better color.

Low's Boat Orchid is ideal for cool weather conditions. The growth is most prosperous at 15~25℃. But annual seedlings can not be exposed to the ground below 5℃ for the winter, summer can endure the highest temperature of 35℃.

Low's Boat Orchid do best in a slightly acidic, water-retaining potting medium. Fir bark mixed with peat moss is a popular choice. You can also incorporate loam, redwood fiber, and dried oak leaves into the medium.

Low's boat orchids do best when they are undisturbed, so it’s best to choose a clay pot that will allow for about two years’ growth. Boat orchids actually bloom better when they are in a tight pot. Don’t allow them to spread out. When repotting does become necessary, repot during the spring, or after the plant has flowered.

Low's Boat Orchids are sympodial orchids, which means they have pseudobulbs. It also means they can propagate through division. During repotting, split larger or older plants into sections three to four inches long, with three healthy pseudobulbs each. Each section can be repotted and will become a new plant.

When repotting a Lowe's Boat Orchid, make sure not to bury the pseudobulbs under the potting medium. 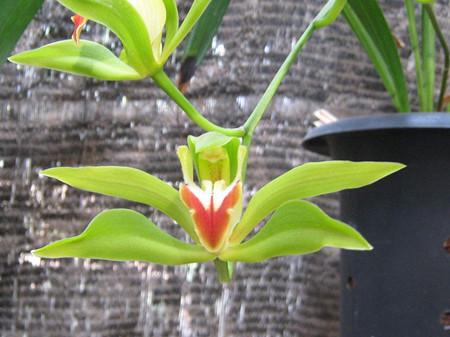 Boat orchids generally bloom in early spring, when night temperatures are cooler. However, some varieties may bloom in the autumn months instead. How long the blooms last depends on the specific species, but generally, the flowers will remain for several weeks, and may even stay for up to two months.

Once a stem has bloomed, it will not flower again. It’s important to trim away dead stems periodically to encourage more flowers the following year.

Low's Boat Orchid is suitable for planting after flowering and before new buds. Before planting, make the soil dry properly, with a little white, produce no obvious dry shrinkage, so that the root is soft, not easy to break during operation.

When dividing the pot, first use five fingers to hold the soil and seedlings in the pot, turn the pot upside down, and then tap gently around the pot, so that the pot is separated from the roots and soil. Be careful to grasp the pseudocorms without tender buds to avoid damaging the new buds. At the same time, cut off the yellow leaves, old pseudocorms and rotten old roots.

Finally will be connected with a sharp knife too much of the false corm cut, cut after each Low's boat orchid seedlings should contain 2~3 branches of the false corm, one of them must be a year before the formation of new, to avoid wound infection, can be coated with sulfur powder or charcoal powder. Put in a dry place 1~2 days again, separately potted, namely into a new plant.

Low's Boat Orchid is planted in half shade, not immediately watering. When found to be too dry, a small amount of water can be sprayed to the basin surface of the leaf area to prevent leaf drying, shedding and severe shrinkage of pseudo corms.

Low's Boat Orchid is cultivated in a poor environment, which is vulnerable to the damage of the insect, red spider and aphids, and is prone to white silk disease due to poor ventilation. Therefore, it is best to place the potted Low's boat orchid on overhead and not too close to each other to facilitate ventilation. Good ventilation can not only reduce pests and diseases, but also facilitate plant growth.Additional, orchid plant base ministry black rotten is caused by fungus more, with black spot disease is same, should every month gout kills a fungicide to prevent.

The main feature is a broad V-shaped dark red spot on the middle lobe of the labellum with a longitudinal midline, the whole of which looks like an anchor, densely covered with velvety short hairs. This is an important feature that distinguishes this species from all other species.Low's Boat Orchid flowers from February to June, only found in Yunnan.

The distribution of low's boat orchid

Born in the forest trees or valleys beside the cliff, the general elevation of 1300 ~ 1900 meters.

Low's boat orchid is also found in Myanmar and Thailand. 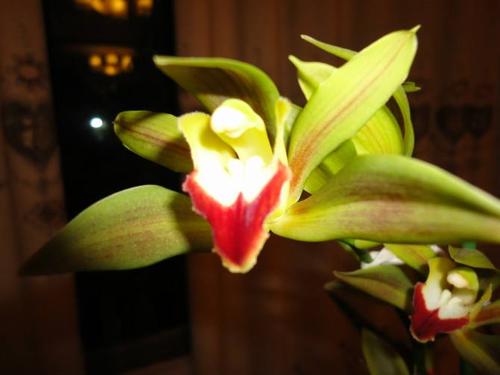