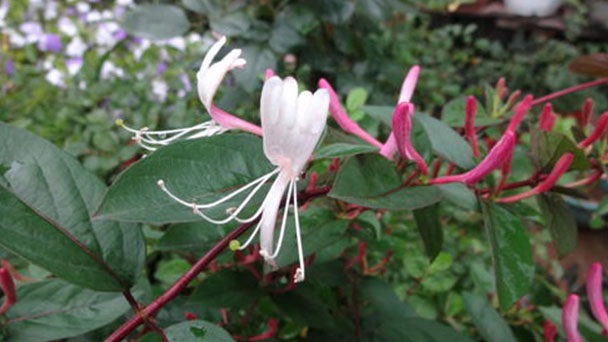 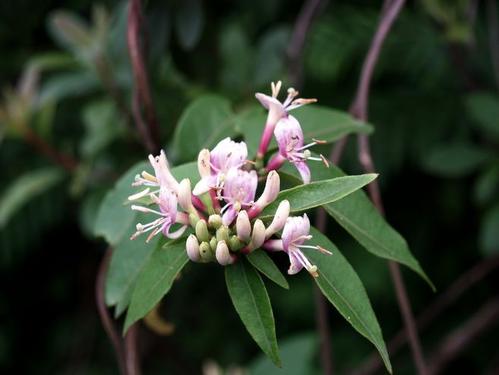 Vine honeysuckle is deciduous or semi-evergreen vine, young branches, petioles, and pedicels are sparsely or densely, usually curly brownish yellow strigose or strigose, sometimes mixed with spreading strigose and microglandular hairs, or only with Flower branchlets apical hairs, or even completely glabrous.

The Fruit of vine honeysuckle is bluish-black, oval, 6-7 mm in diameter; Seeds are elliptic to oblong, slightly oblate, 4 -- 4.5 mm long, finely pitted, with a raised ridge at middle of each side.

(1) The hairs of the Vine honeysuckle body change from dense to thin to completely glabrous. Correlated to this is the tendency of most specimens to have narrow leaves. L. fuchsioides Hemsl. (=L. henryi var. subcoriacea Rehd.) (young shoots hairy only at the apex or completely glabrous, leaves hairy only at the upper midrib), L. alseuosmoides Graebn. (hairs iito, but leaves noticeably narrower and thicker), And hairless vine honeysuckle L. acuminata var. depilata Hsu et H. J. Wang (hairless or nearly hairless in plants) can be used as representatives;

(2) The hairs of the Vine honeysuckle body become dense, often with spreading hard strigose hairs, and the corolla (sometimes the calyx tube) also has hairs. Concordant with this is the change of calyx teeth from wide to narrow, with increased ciliate hairs and sometimes hairs on the outside.L. henryi var. setuligera W. W. Smith and L. giraldii Rehd. (young shoots often spreading pellucid, often sparsely or densely pellucid below leaves, calyx teeth ovate to lanceolate, densely ciliate, calyx tube glabrous or hairy, short pellucid spreading or semi-spreading outside of corolla) may be represented. Specimen of L. giraldii Rehd from Shaanxi and Gansu, often with narrower leaves and a denser coat. After repeated studies, we found that, except for the hairless vine honeysuckle, there was continuous morphological variation between the above representatives and vine honeysuckle, so it was difficult to confirm. 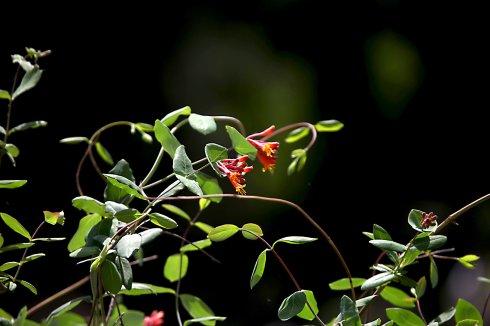 Ecological habits of the vine honeysuckle

Vine honeysuckle is found in forests, open Spaces or thickets on hillsides and valleys, with an altitude of 1000 ~ 3200m.

The function of Vine Honeysuckle

Vine Honeysuckle's flowers are used in parts of Sichuan Province and Qamdo in Xizang Province as "honeysuckle" to buy medicines. 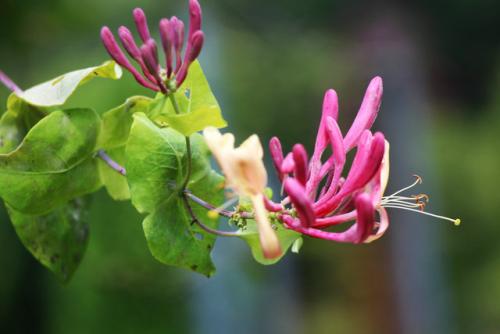