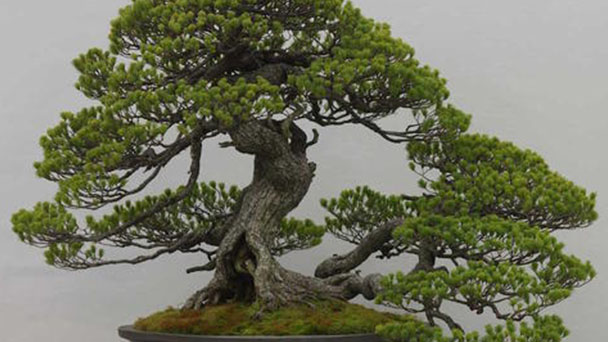 Japanese White Pine (Pinus parviflora) is named for its clusters of five leaves. There are many varieties of Japanese White Pine, among which the most expensive is the large pine with the shortest needles (about 2 cm in length) and compact branches. At present, Japanese White Pine bonsai has been widely planted in China.Japanese White Pine has short, slow growing plants, short leaves and dense branches, elegant posture, and graceful tree shape. It is an excellent tree for making bonsai. 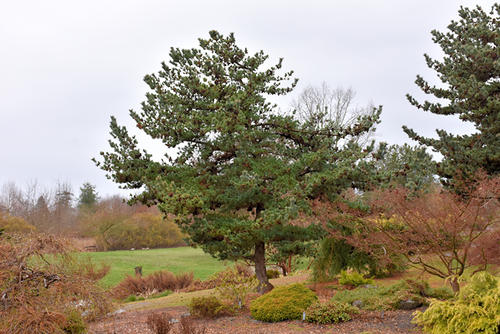 Japanese White Pine (Pinus parviflora) bark is grayish brown, the old trunk with irregular scaly peeling, endothelium reddish brown, annual branchlets light brown, densely light yellow pubescent, winter buds long oval, yellowish brown; Leaves are short, five needles a bunch; There are white stomatal lines on both sides of the medial side. The flowering period is May. The cones are unisexual, the male cones are clustered at the lower part of the new branch, and the female cones are clustered at the tip of the new branch.

Cones of Japanese white pine (Pinus parviflora) are ovoid, the next October to November seeds mature, the seeds are obovate, with triangular wings, light brown.

Japanese White Pine prefers warm and humid environments, requires high levels of light, and grows on soil that is not flooded with water and has good drainage and ventilation.

How to Propagate Japanese White Pine

When breeding Japanese White Pine by dividing plants, it is appropriate to do so in spring or autumn. The Japanese White Pine dug up the entire plant, shake off the root soil, selection of root attaches more narrow place cut, it can be divided into two three, to cut off some of the bigger of the two leaves, so that you can will good plant into the soil and plant in general we will train the can blossom after a year or two.

Japanese White Pine can also be propagated by cutting. Cuttings are mainly carried out in spring and summer. The first step is to take a one-year-old Japanese White Pine and plant it directly in the soil, about 15 centimeters long, preferably in moist, fertile, sandy soil. After planting, the cuttings should be shaded and covered with plastic sheets for moisture. Do not loosen the soil or fertilize it before taking root.

How to Care for Japanese White Pine

Japanese White Pine (Pinus parviflora) is a neutral plant, in the sun or shade can grow in the place, but when the sun is full of air maintenance, the growth of needles is green and robust;In insufficient light and hot places, needle growth is thin, easy to yellow. It is best to give Japanese White Pine at least five to six hours of light each day and to maintain good ventilation. But in midsummer hot noon, to prevent needle-leaf insolation excessive and cause coke leaves, can take the measure such as shading, other times can allow it to accept sunshine adequately.

Japanese White Pine plants should be watered in moderation. The flowers say "dry pines and wet cypress". The summer temperature is high, the basin soil is easy to dry, the general morning and evening each watering once, and the morning must be poured enough, the evening should be depending on the basin soil dry and wet conditions. In the shower, it is necessary to cover the rain in time to avoid the loss of nutrients in the soil.

Fertilizing is a good way to raise Japanese White Pine. The key can be combined with watering. From July to August, the weather is hot, it is advisable to impose 10% thin fertilizer water, every half a month 1 times. Japanese White Pine should not be exposed to the sun after fertilization.

Japanese White Pine (Pinus parviflora) is a neutral plant that can grow in full sunlight or shade, but when it is maintained in a place with sufficient sunlight and air circulation, its needles grow green and robust. In insufficient light and hot places, needle growth is thin, easy to yellow. It is best to give Japanese White Pine at least five to six hours of light each day and to maintain good ventilation. But in midsummer hot noon, to prevent needle-leaf insolation excessive and cause coke leaves, can take the measure such as shading, other times can allow it to accept sunshine adequately.

Watering Japanese White Pine bonsai should be done in moderation. The flowers are called "dry pine and wet cypress".  The summer temperature is high, the basin soil is easy to dry, the general morning and evening each watering once, and the morning must be poured enough, the evening should be depending on the basin soil dry and wet conditions. In the shower, it is necessary to cover the rain in time to avoid the loss of nutrients in the soil.

Regular fertilizing is the key to good Japanese White Pine (Pinus parviflora) and can be done in combination with watering. In hot weather in summer, it is advisable to apply 10 percent thin fertilizer water once every half a month.Japanese White Pine should not be exposed to the sun after fertilization. 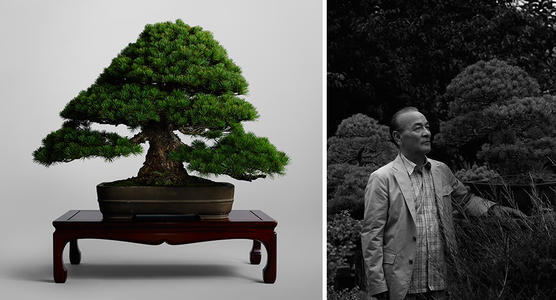 More than 30 varieties and varieties of Japanese White Pine (Pinus parviflora) have been bred for a long time. Osaka-pine is more special, belonging to multiple bud types, including two varieties of gold leaf and silver leaf. The gold leaf Osaka-pine is of high quality. Its leaves are short and thick, with golden color and about half of the leaves. Its branches are dense and grow slowly, so it can be naturally flaked. "Palace Island" leaves are slightly long, autumn gradually golden, and only about one-third of the leaves, branches and leaves loose, inferior to "brocade". The "Ji Xiao" of Osaka pine is thin and short, with a dense tip, slow growth and graceful posture. "Frost's Descent" leaves bud white like frost, the day name "three generations of generals". Others such as rotary leaf, folded leaf, white and other varieties are occasionally seen, but not popular.

(Pinus parviflora)var.variegata leaves all yellow or with yellow spots.

Japanese White Pine (Pinus Parviflora) bonsai common styles, there are straight dry, oblique dry, winding dry, cliff, double dry, jungle and tree stone style and many other styles. The modeling time should be from February to March. Because Japanese White Pine grows slowly, pruning and pruning should be done more frequently. Branches that are not needed should be cut. Japanese White Pine as bonsai is often used for the modeling of young trees of 3 to 4 years old. If the tree is too old and the branches are hard and coarse, it will increase the difficulty of modeling and forming time, which is not conducive to growth and appreciation. The shape of a japanese white pine tree depends on the shape of the tree. Otherwise, the bonsai will appear artificial.

The best time to plant Japanese White Pine (Pinus parviflora) is in spring (due to the large area of our country and the temperature varies). Japanese White Pine likes acidic sandy soil with good drainage and rich humus. It can be made up of humus soil, forest leaf leaf soil and sandy soil in a ratio of 4:4:2. If the household consumption is not large, you can buy clivia soil from a florist and mix it with sandy soil after mixing.In general, Japanese White Pine (Pinus Parviflora) potted plants should not be used in a shallow bowl. In small and medium sized potted plants, such as straight stem, slanting stem, winding stem and forest type, rectangular or oval purple sand pots of medium depth are often used.If single plant is straight dry, basin face appears hollowness, can match stone or try to ornament with fittings. Japanese White Pine bonsai, usually round or square pot. Japanese White Pine (Pinus Parviflora) is a kind of forest bonsai with a simple and natural nature. It will be more beautiful. Large or giant Japanese White Pine bonsai, it is difficult to buy a suitable purple sand basin, can be used marble or white marble chisel basin, its style, specifications, depth can be determined according to the tree, and according to the size of the basin chiseled 2 to 3 drainage holes, in order to remove excessive water in the basin in time.

When planting Japanese White Pine, a large amount of soil should be left at the root for survival. Before the basin, to cut off the dead root, root rot, root injury, to hinder the shape of the root should also be cut off, cut off, to be in the cutting mouth coated with sulfonamide ointment, in order to prevent the spillover of turpentine and bacterial invasion. Japanese White Pine plants are not old enough to be replanted every two to three years, and old ones should be replanted every three to four years. If you turn over the pot too often, and do not master the time to change the pot, it often causes the death of the whole plant. 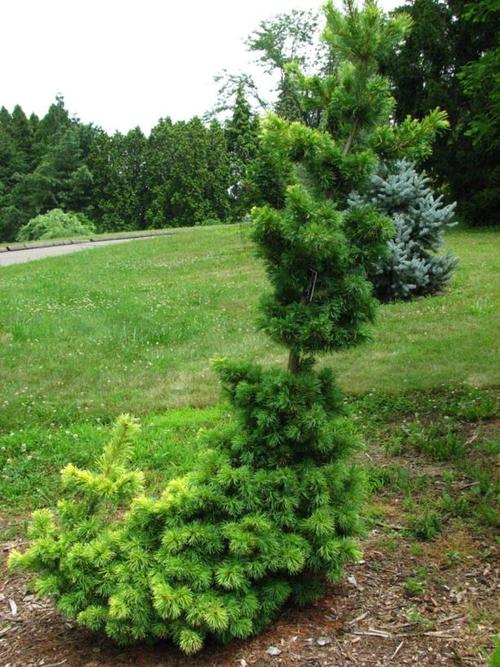 How to Grow & Care for Pinus Parviflora (Japanese White Pine )