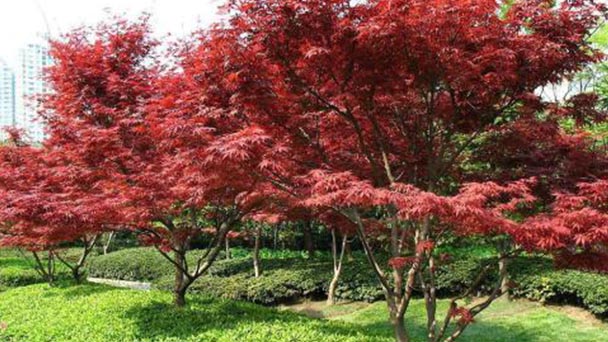 Japanese Maple, the scientific name Acer palmatum, is a small deciduous tree or shrub. Its plants are not very tall, but the tree shape is well-balanced and the overall sense of harmony is strong. Japanese Maple has an oblate or umbrella-shaped crown both of which are relatively large and can also provide protection. 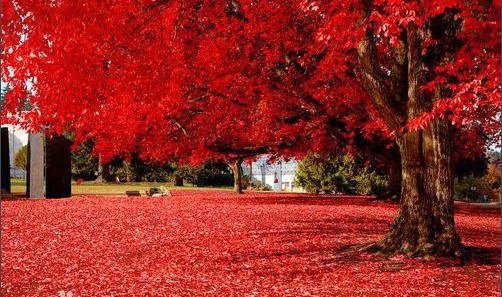 Japanese Maple is a deciduous small tree or shrub. Japanese Maple is oblate or umbellate in the crown, palmate in leaf shape with 5-9 deep lobes, alternate in single leaves, sharp at leaf apex, serrate at the leaf margin, purple or red in color, ovate-lanceolate in color, red in spring, summer, and autumn, especially in spring and autumn; The leaves of Japanese Maple are bright red in season and turn brownish-red in midsummer. Japanese Maple is known as the "Four Seasons Flame Maple". After the winter leaves are gone, its strange and ornamental branches still add to the landscape of winter gardens. Japanese Maple is a well-known leaf-watching tree.

Japanese Maple likes a cool and humid climate environment, Japanese Maple has good resistance to negative and grows strongly and quickly in loose, fat and well-drained soil, but in summer when there is strong direct sunlight, the leaves are easy to burn.

The Japanese maple tree is graceful, new leaves in spring and summer are red, leaf color bright beautiful, old leaves have turned green, new varieties of plants is excellent foliage gardens, both solitary planting, group planting and as trees grow, to be able to "red sleeve dancing clouds" fiery charm, let people enjoy them, pick up, is excellent foliage Garden Plant varieties. The view is especially beautiful if the Japanese Maple is set against the background of evergreen trees or white walls. 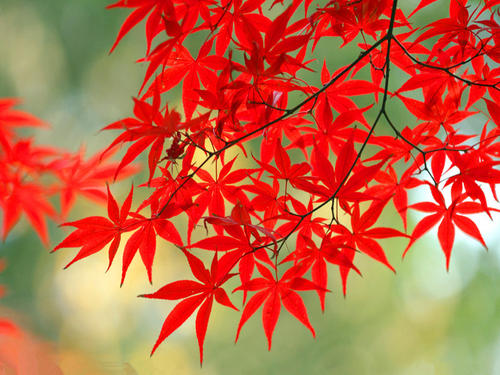 Japanese maple is mainly propagated in the spring by grafting, and the rootstocks are 1- to 2-year old maples such as Maples japonicus and Acer japonicus. After grafting, the Japanese Maple should be promptly wiped out the germination on the stock and untied at the right time. In winter, after falling leaves, it is the best time for planting. It is advisable to plant sparsely when planting, so as to increase and improve the ventilation and light transmission conditions between seedlings and promote the flourishing of the tree crown. Usually, management and maintenance to apply thin fertilizer, increase the application of phosphorus, potassium fertilizer, control the amount of nitrogen fertilizer, otherwise easy to make the leaf color green.

Planting Japanese Maple can be used in general cultivation soil, after watering in the half shade. Spray the branches often. Light can be increased when the leaves begin to spread. Apply a light (nitrogen) fertilizer after all the leaves have been developed. Place Japanese Maple in a sunny and semi-shaded place for normal management.

If you want to artificially control the viewing of Japanese Maple leaves, you can do it in the two periods between spring and summer and summer and autumn. Too much work kills the tree. You can pick the leaves once in summer and once in autumn, and the bright red leaves will come out 10 days later. Two points should be noted: one is to prune after picking leaves; The second is to fertilize the Japanese Maple leaves one week before picking them. Artificial control of new leaves, fertilizer and water to strengthen, this is the key to success.

If the leaves are scorched under the hot sun, the scorched leaves can be removed completely in summer, placed in a cool and semi-shady place, and applied with NPK compound solution, lightly applied, about 2 times a week. In this way, in the autumn, there will be bright red new leaves of Japanese Maple.

After falling leaves in the winter enters dormant period of Japanese Maple, but thin application of nitrogen phosphate potassium base fertilizer, undertake plastic pruning, so next year the branches and leaves of early spring are more Hongyan. Such as encounter strange cold special weather, bonsai should be placed in the warm place or indoor sun shelter, so as not to freeze bad. 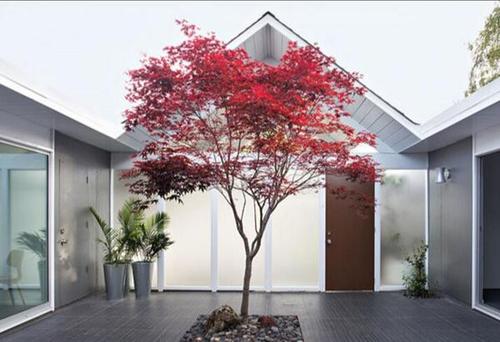 How to propagate Japanese maple

How to grow and care for Japanese maple