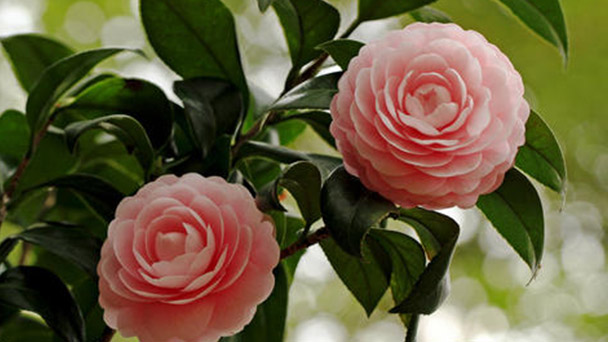 Japanese camellia is a winter flower, rhododendron camellia plant, native to the southwest of China, is now widely planted around the world. Japanese Camellia is a traditional Chinese flower and one of the world famous flowers. It is the flower of Yunnan Province, Chongqing Municipality, Ningbo City, Zhejiang Province, and Dali Bai Autonomous Prefecture, Yunnan Province. The petals are bowl shaped, single or double, there are 18 bachelor, hexagonal red and other rare varieties, can be used for cutting and grafting cultivation. Made from Japanese Camellia, this herbal tea is good for coughing up blood and coughing. Japanese Camellia is prized in horticultural circles around the world for its beautiful plant form, bright green leaves and colorful flowers, and its language is cute, humble and cautious. Japanese camellia has soft petals. 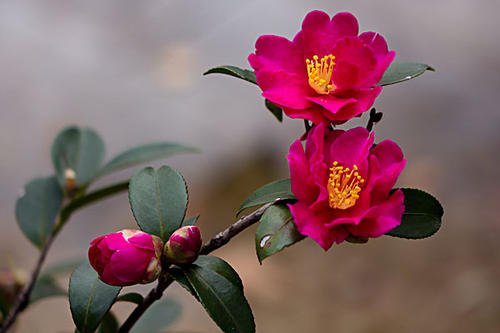 The cultivation of japanese camellia in Our country has entered the court and common people's courtyard as early as the Sui and Tang Dynasties .In the Song Dynasty, the cultivation of Japanese camellia flourished. Fan Chengda, a poet in the Southern Song Dynasty, once described the magnificence of Chengdu's Six Temples of Camellia with the poem "The gate lane cheers ten li temple, and the wind and things in front of Wax are known as spring". There are detailed descriptions of mountain Japanese Camellia in Li Shizhen's Compendium of Materia Materia, Wang Xiangjin's Qunfang Spectrum, and Pu Jingzi's Japanese Camellia Spectrum in Qing Dynasty. In the 7th century, camellia first spread to Japan, since the 18th century, camellia spread to Europe and America for many times.

The suitable temperature for growing Japanese camellia is between 20 ℃ and 25 ℃, and it stops growing above 29 ℃, and leaves will burn at 35 ℃, requiring a certain temperature difference. Environmental humidity is above 60%, most varieties can withstand -8 ℃ low temperature (natural overwintering, cloud tea slightly not cold), in the area south of the Huaihe River can generally be natural overwintering. It likes acid soil and requires good air permeability. Root hair development is usually cultivated with a mixed substrate of peat, sawn wood, laterite, humus, or above. In spring, autumn and winter are free of shade, and summer, Japanese camellia can be shaded with 50% shading. Japanese Camellia has a long flowering period, usually starting in October, ending in May of the following year, and flowering from January to March. 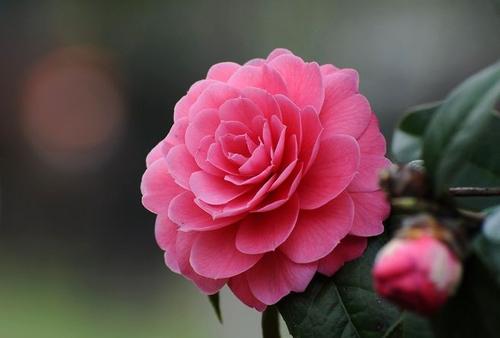 Place: Place in a warm, moist, airy place. In spring illumination is sufficient, summertime appropriate notices shade, avoid sunshine point-blank with west bask in. If placed in a balcony, often be basked in death carelessly.

Watering: Keep the soil moist but not too wet to avoid drying and wetting. Generally in the spring there can be appropriate more irrigation, in order to sprout extraction; Summer adheres to early, late watering, spray water on the leaves, so that the leaves are soaked. Do not use rapid water directly, full irrigation, and we should not water hot water, avoid high temperatures around noon watering; Water the right amount in autumn; In winter it should be watered around noon, but every two or three days spray water.

Pruning: Japanese camellia grows slowly and should not be overpruned. Generally, the long branches that affect the tree shape, as well as the diseased and weak branches can be cut off. If the bud on each branch is overmuch, we can sparse flower leaves 1 ~ 2 only, maintain a certain distance, the rest pick as soon as possible, lest consume nutrient.In addition, but also timely pick close to the withered flowers. We can also reduce nutrient consumption, so that the plant robust growth, the formation of new flower buds.

Turn the pot: You can turn the pot once every 1 ~ 2 years. The new pot should be bigger than the old one, so as to facilitate the development of the root system. Turn basin time appropriate in spring April, autumn can also. The union changes the soil to remove the old soil of partial harden suitably, replace fertile loose new soil, combine place base fertilizer.

Pest control: The diseases of Japanese camellia mainly include black mildew and anthrax, etc. It can be controlled by spraying 0.5 degree Bordeaux solution. The main insect pests are tea shoot moths, control methods can be cut off the insect shoot, generally in April to June is appropriate. 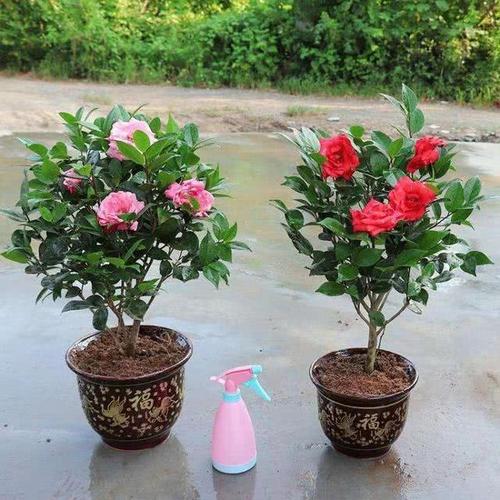 How to care for Japanese camellia

How to take care of Japanese camellia

How to grow and care for Japanese camellia

How to take care of Japanese Camellia plant