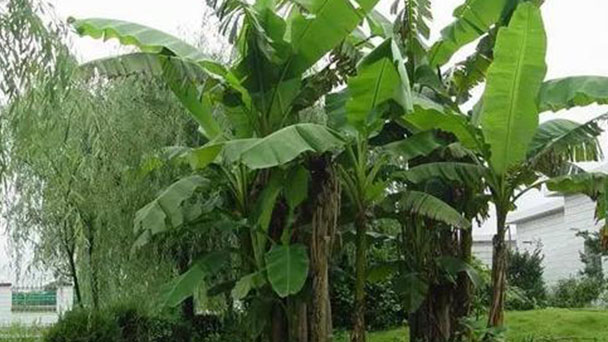 Japanese banana, also called Musa basjoo, Japanese fibre banana or hardy banana is a perennial herb known as plantain. Japanese banana leaves are large and oval, the flowers are white, and the fruit is similar to that of a banana. Japanese banana is an evergreen large perennial plants. Stem is 3-4 m tall, unbranched, caespitose.The leaves are large, up to 3 m long and 40 cm wide, oblong in shape, with thick main veins and parallel veins on both sides, light green on the surface and pink-white on the back. In summer, large pale yellow flowers are drawn out of the leaves."Helping trees, quality is not wood, high Shu hanging shade." Japanese Banana is the predecessor of the shape, quality, posture and image description. 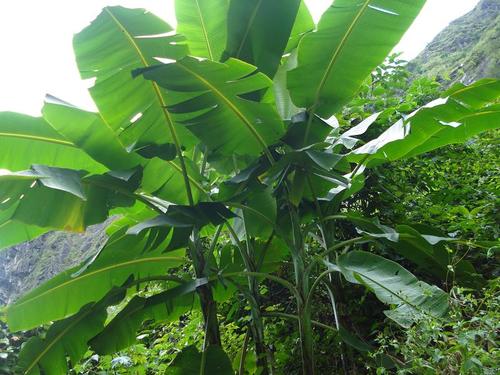 Japanese banana is a perennial herb. The plant is 2.5 to 4 meters tall. Leaves are oblong, 2 -- 3 m long and 25 -- 30 cm wide, apex obtuse, base rounded or asymmetrical, bright green, glossy; Petiole is stout, 30 cm long. Inflorescences of japanese banana are terminal, pendulous; Bracts are reddish-brown or purple; Male flowers are on upper part of inflorescence, female flowers on lower part of inflorescence; Female flowers 10-16 in each bract, arranged in 2 rows; Tepals of Japanese banana are 4 -- 4.5 cm long, with 5 (3+2) dentate lobes, free perianth segments as long as the perianth segments, apically apiculate.

The ecological habits of the Japanese banana

Japanese banana is ideal for growing in high mountains and dense forests where the land is fertile. Japanese Banana produced in such places is a large, thin skin with tender, sweet, refreshing meat that can help stimulate appetite and digest food. Japanese Banana grows best in loose, fertile, well-ventilated soil; Proper shading is beneficial to plant growth and improve quality.

Japanese banana grows best in deep, loose, fertile, well-drained soil. In winter must maintain the temperature above 4℃, but also can withstand a short time of 0℃ low temperature. Japanese banana is tolerant to half shade, too shade plant growth is poor, difficult to flower. Because its leaves are parallel veins and loose in structure, it is easy to be blown apart by strong winds, soJapanese banana should be planted in sheltered places. Japanese banana likes wet, cultivation should be often watered and sprinkled water to the plant to maintain higher soil and air humidity, but avoid soil continuous water, otherwise it is easy to rot the roots. Planting in addition to the application of sufficient base fertilizer, every month should also be applied decomposed organic fertilizer 1 times to 2 times.

How to grow and care for Japanese banana

Water  Japanese banana often during farming, keep the soil moist, not too much or too often, so as not to rot the roots. If in relatively dry weather to increase the amount of watering, or often to spray water around, increase the humidity in the air.

Japanese banana likes sunshine, so it can be farmed on the balcony. Only when it receives enough light can it grow better.  Japanese banana can withstand semi-shade, but if it is kept in too dark environment for a long time, it will not grow well.

Japanese banana is generally farmed in front of the window or in the courtyard, so the temperature should be controlled well in winter. It is not cold and can withstand the low temperature of 0℃, but it is better to keep the temperature above 4℃, so that it can pass the winter more safely.

In  Japanese banana growth period to cut off the yellow leaves in time, so as not to increase nutrient consumption, but also very affect the appearance. 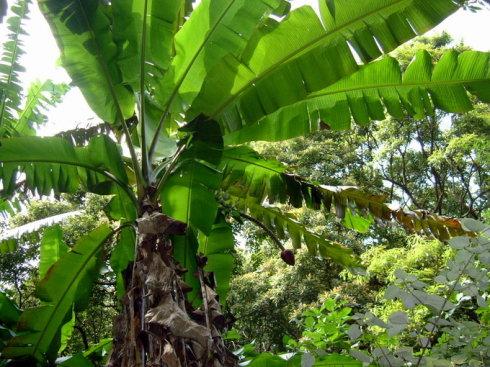 Pests that can attack include:

Diseases that can infect include:

The distribution of Japanese banana

The use of Japanese banana

Japanese Banana is a potted, indoor foliage plant with a strange, green, and lovely shape.

Garden use of Japanese banana

Japanese banana is one of the most common trees in classical Chinese gardens. 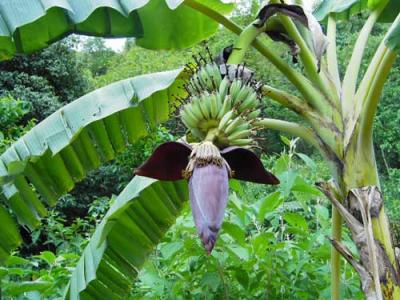