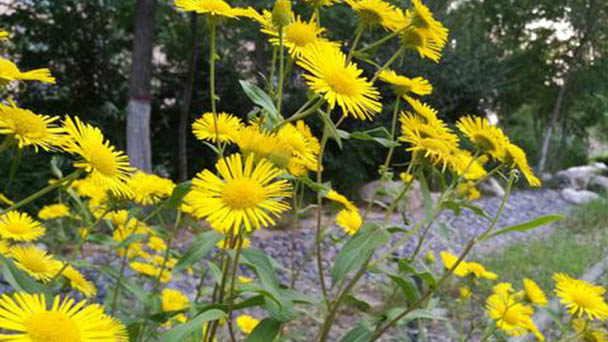 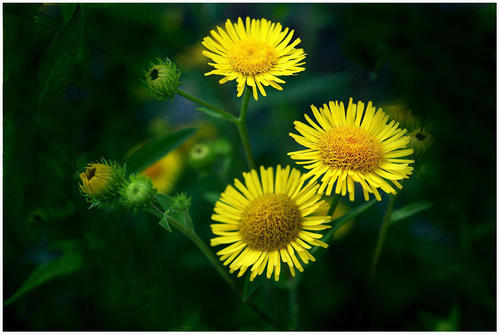 Inula Japonica is a perennial herb with short rhizomes, transverse or obliquely ascending and many stout fibrous roots. Stems are solitary, sometimes 2-3 fascicled, erect, 30 -- 70 cm high, sometimes with adventitious roots at base, 3 -- 10 mm in diameter at base, rill, covered with long hairs, or sometimes depilated below, with ascending or spreading branches distally, all with leaves; The internodes of Inula japonica are 2-4 cm long.

Basal leaves of Inula Japonica are often smaller, wilted at anthesis; Middle leaves are oblong, oblong-lanceolate or lanceolate, 4-13 cm long, 1.5-3.5 thin 4 cm wide, the base of the number of narrow, often circular semicirculate auricle, sessile, tip slightly pointed or acuminate, the edge of a small pointy head sparsely dentate or the entire margin, above a sparsely hairy or nearly glabrous, below a sparsely overbearing hair and glandular points; Dense long hairs in midvein and lateral veins; Upper leaf of Inula Japonica is tapering, linear-lanceolate.Inflorescences 3-4 cm in diameter, many or few arranged into dispersed corymbs;Peduncle slender.

Inula Japonica is born on hillsides, wet grasslands, river banks and ridges at an altitude of 150-2400 m.

How to Grow and Care for Inula Japonica

Inula Japonica is best suited for a warm and humid climate. It grows well in fertile sandy loam or humus loam.

Before sowing, autumn ploughing should be carried out, and base fertilizer should be applied at the same time. The next year in spring again shallow ploughing 1 time, rake bed, bed width 1-1.2m.

When the weather is dry, Inula Japonica should be watered in time. When the topsoil is compacted after hot and dry or heavy rain, it should be loosened in time to reduce moisture evaporation. 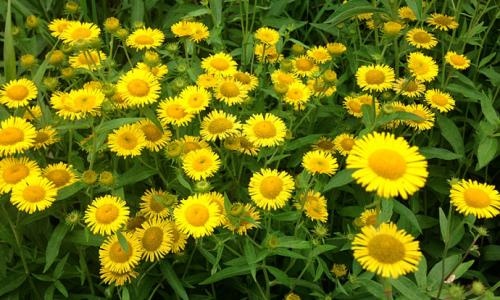 How to Propagate Inula Japonica

First, choose healthy, plump seeds. When the seeds of Inula Japonica are ready, plant the seeds directly on potted soil, cover them with a thin layer of soil, and water them to keep the soil slightly moist.And then put the pot in a cool, ventilated place,

About 10 to 14 days after sowing, the seeds of Inula Japonica will germinate. When the seedlings have 3 to 4 true leaves, seek medical treatment for pot planting. The plants can be transplanted according to the row spacing of 30×15cm.

Planting time of Inula Japonica can be carried out in summer. Florists can dig out the new plants next to the mother plant and keep a little bit in the soil, then divide the newly dug plants into pot seeds. Generally, holes can be opened according to the row spacing of 30×15cm.

Each hole can be planted 2-3 plants, after the cover of soil is compacted, at the same time to water to keep wet. 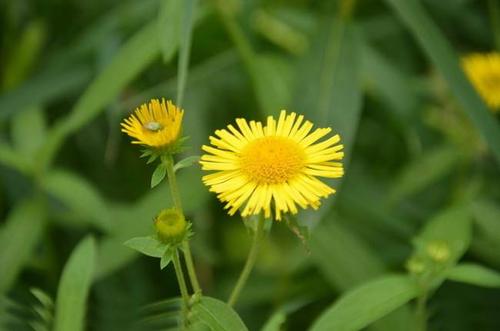