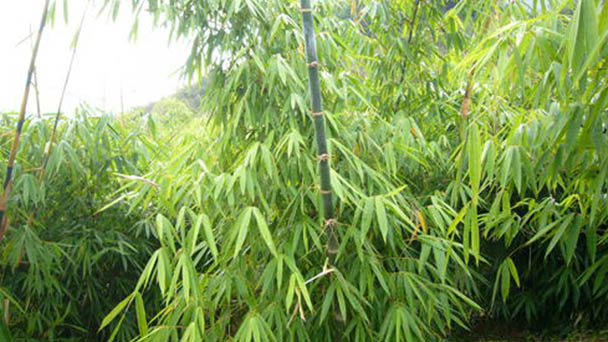 In Sri Lanka's Beladinya Botanical Garden, there are several bamboo plants that are 30-35 meters high, known as Giant bamboo (Dendrocalamus giganteus). Taxonomically, it belongs to the genus Phyllostachys subfamily of Poaceae. More than 30 species of this genus are arboreal bamboos, generally 24-30 meters high, often covered with white wax powder when young, underground walking stem (bamboo whip) thick and short, tufts, bamboo tip often drooping. Giant bamboo poles can be used as building materials and water pipes. Most species of this genus are produced in southeast Asia, India, Sri Lanka, Burma and other places, also common cultivation. There are about 10 species in China, distributed in the southwest and south. On May 1st, 1999, the World Horticultural Exposition was held in Kunming. The world's highest Giant Bamboo was on display. It was 40 meters high and the bamboo pole was 30 centimeters thick. 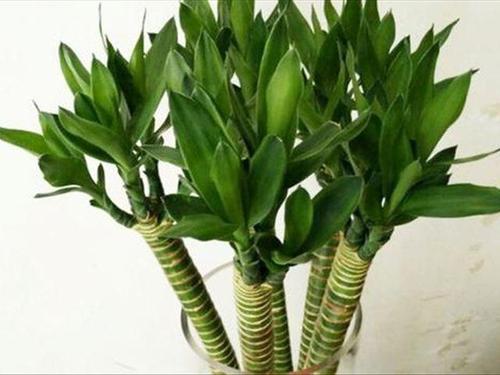 Giant bamboo rod is 20-30m high, 20-30cm in diameter, erect, tip drooping or long drooping, without bumps at nodes; Internodes are 30-45 cm long, wall thickness 1-3 cm, when young in the appearance of the white wax powder; The pole branch habit is high, each branch is divided into many branches, the main branch is often not developed.

Leaves of Giant Bamboo are oblong-lanceolate, with large variation in size, up to 45cm in length and 10cm in width, acuminate at the apex, cuneate at the base, with hairs on the lower surface when young, 8-18 pairs of secondary veins, about 6 secondary veins, obvious small transverse veins, small serrated and very rough at the leaf margin; Petiole is 5 -- 10 mm long.

The Flower branches of giant bamboo are leafless, large and conical, each segment has 4-12(-- 25) pseudo skelets clustered; The internode length of the final flowering branch is 1.2-1.5 cm, the lower part of the node is white powder, in addition, the whole body has rust color pubescent; Spikelets are 1 -- 1.5 cm long, 3 -- 4 mm wide, purplish when dry, apex accretes, base supported by 1 -- 2 bracts, with axillary buds or an upper one without buds, spikelets containing 5 -- 8 florets, the topmost one sterile, not separated from each other in the florets when mature; Giant Bamboo has 2 glumes, 3 -- 4 mm long;Lemma broadly ovate, ca. 1 m long, wider than (1 cm) long, with multiple veins (about 25 in all), abaxially and marginally slightly hairy, apex slightly apiculate; Lemma is equal in length to lemma, 2-ridged at the back, 2.5 mm wide between the ridges, with 2 veins, one on each side of the ridges, densely ciliated, apex obtuse or slightly concave (apex florets without ridges and glabrous); Absence of scales; Filaments ca. are 1 cm long, anthers 6.5 mm long, apex extruded by septum and acuminate; The pistil is 1 cm long, pubescent all, ovary ovate, style very long, stigma simple, curved and purplish.

The fruit of Giant bamboo is oblong, 7 -- 8 mm long, obtuse at the apex, hairy and slightly feathery.

The ecological habits of giant bamboo

Giant Bamboo is suitable for tropical, subtropical and subtropical climates (no heavy frost is required). The growth of Giant Bamboo is best in the range of 1200 ~ 1800 meters above sea level in the subtropical regions. Giant Bamboo is a kind of warm and hot bamboo that likes moisture and is afraid of cold, and has certain drought resistant and drought resistance. Giant bamboo asexually propagates the young shoots, in 2 ~ 3 years the bamboo shoots can be drawn into four generations (actually four tillers), and the high thickness of the bamboo shoots increases nearly twice by generation, and the number of shoot eyes also increases nearly twice; The morphological characteristics of the fourth generation bamboo were close to those of the mother bamboo. The growth process of Giant bamboo can be divided into four stages: young bamboo, strong bamboo, mature bamboo and overmature bamboo. The flowering of Giant Bamboo is caused by the aging of the bamboo forest and the deterioration of the environment. It can be rejuvenated and renewed by loosening the soil and weeding, digging out the roots of old bamboo, irrigation, fertilization and auxin spraying. This species is the most widely cultivated genus, and its natural distribution area may be in southwest Yunnan. Giant bamboo is one of the largest bamboo species in the world and can be used for good construction and bamboo strips.Its bamboo shoots taste bitter and are not suitable for vegetables, but after processing, rinsing and cooking, bamboo shoots can be made into silk and dried bamboo shoots, which is called "Yulan Pien". 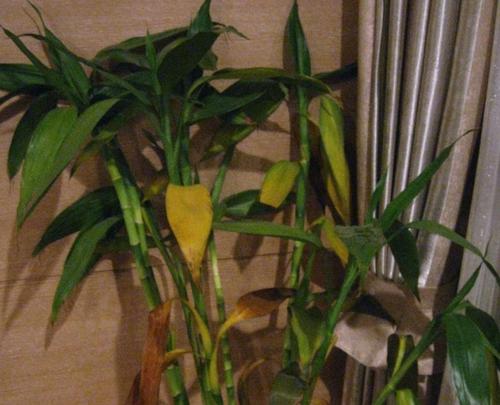 The common disease of Giant Bamboo is bituminous coal disease, which is caused and spread by aphids and scale insects gathering on the back of leaves to suck leaf liquid, and endangers twigs and leaves.Cure the worm first.

Appropriate thinning and pruning, so that the bamboo forest ventilation.

The distribution area of giant bamboo

Giant Bamboo is distributed from southeast to southwest of Yunnan in China, and is also cultivated in Taiwan. Abroad in the Asian tropical and subtropical countries have several cultivation.

The Giant Bamboo type specimen was collected from Burma (said to be in the Malay Peninsula). 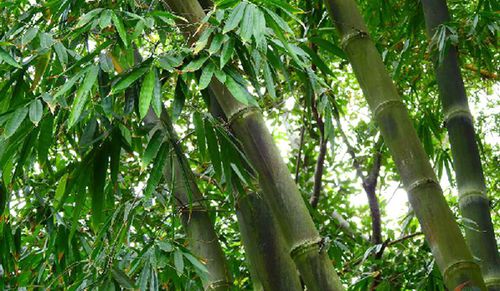