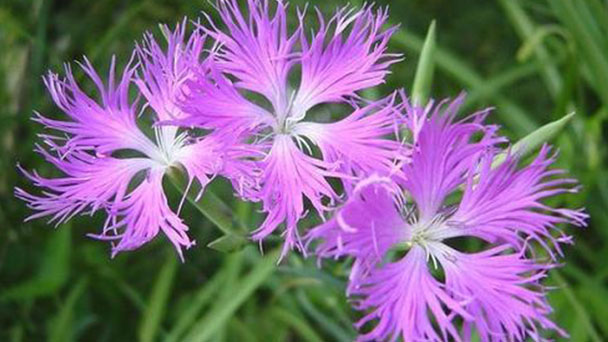 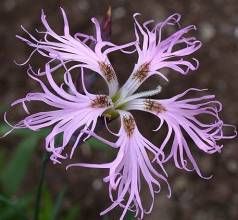 Dianthus deltoides, also known as Maiden Dianthus, is a perennial herbaceous flower, but it is usually cultivated for one or two years. Dianthus deltoides is about 20 centimeters high, red, white or variously colored, branches scattered with a few pink and occasionally white flowers, the edge of the Flower into fine tassels, petals for 5 petals.

Dianthus deltoides is a short plant with small, well-distributed flowers at the top of branches, with rosy, purple, and white spots, and a "V" -shaped spot on the throat. The shape is delicate, actually not delicate, can grow in a variety of environments, there is a long sweet fragrance, and can make people feel comfortable and relaxed.

The flowering stage of Dianthus deltoides is in spring, and the fruiting stage is from summer to autumn. Main colors: cherry red, dark red, rose, white, mixed colors.

How to grow and care for Dianthus deltoides

Three to four weeks after germination, seedlings of Dianthus deltoides can be transplanted into pots of 9 to 11 cm diameter.

Cultivation substrate should be well drained, clay content of 15%, about 15% wood fiber, bark can be added, 1 to 1.5 kg of fully balanced fertilizer per cubic meter of substrate. The matrix should contain iron chelates and micronutrients with a pH of 5.5 to 5.8.

Dianthus deltoides is a medium sunshine plant. Light supplement is required in winter and spring, and the culture should be combined with the temperature of 15℃ to 18℃.

Dianthus deltoides require low levels of fertilizer. Completely balanced nitrogen and calcium nitrate fertilizers of 100 to 150ppm can be applied alternately once a week. Avoid high ammonium and nitrogen levels. Dianthus deltoides roots are very sensitive to high ammonium content. Fertilizer should not be applied after mid-September. In spring, a fully balanced nitrogen fertilizer of 130ppm to 150ppm was applied. To prevent magnesium and iron deficiency, one or two times of 0.05% magnesium sulfide and one or two times of iron chelate can be sprayed respectively. Dianthus deltoides roots were also sensitive to the high salt content of the substrate. Concentrated spraying of high concentration of fertilizer should be avoided, and the reasonable way of fertilization should be frequent application of thin fertilizer.

The propagation of Dianthus deltoides

The optimal temperature for Dianthus deltoides seed germination is 21 to 22℃, and it is generally carried out in September. Sow in the open seedbed, keep the soil moist after sowing, 5 days after sowing can sprout, 10 days or so that the seedlings, the appropriate temperature for seedling growth 10-20℃; The seedlings can be transplanted when 4-5 leaves have been produced and flower in the next spring.

Dianthus deltoides were carried out from autumn to spring of the following year. The shoots were cut 5-6 cm long during the lush period. The taproot is inserted 15-20 days after insertion. Splitting propagation is usually carried out in autumn or early spring by using old plants after anthesis. 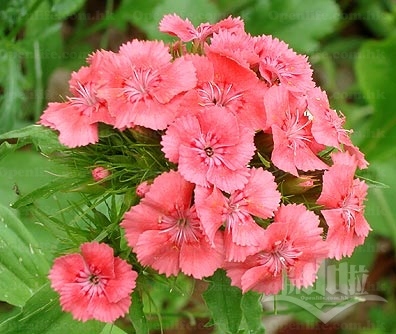 Dianthus deltoides are often affected by rust and red spider.

In cleaning Garden disease after the timely spray prevention, can spray 2~5 degrees of sulfur mixture or sodium pentachlorophenol 200~300 times the liquid. To prevent and control the rust on the trans parasitic plants, it is necessary to spray 1~2 times in the middle of March to kill the spores of overwintering bacteria.In the growing season, when the new leaves expand, you can choose 25 powder rust ning 1500~2000 times liquid, 50 mancozeb 500 times liquid, or 25 cream copper wettable powder 800 times liquid spray, every 7~10 days 1 time, continuous control 2~3 times. It can be used 50 wilting Ling WP 1500 times liquid spray.

Function and use of Dianthus deltoides

Dianthus deltoides are luxuriant with flowers, and have a long ornamental period. Green foliage is a good ornamental flower. 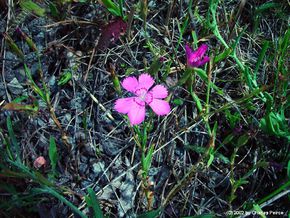