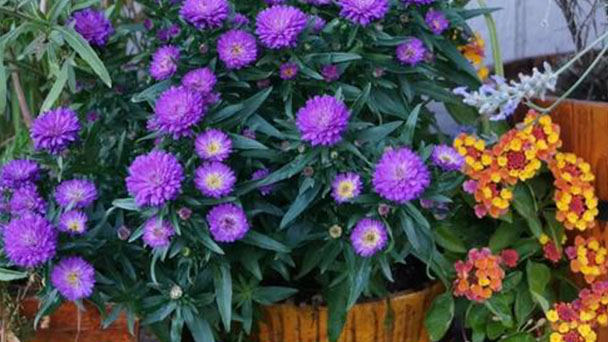 Aster tataricus is a perennial herb of the genus Aster in the composite family having oblique rhizomes. Stems are erect, 40-50 cm high, stout, fibrous leaves at the base and often adventitious roots, ridges and furrows, sparse shaggy, sparse leaves. Basal leaves are withered at anthesis, oblong or ellipsoid spatulate, lower half tapering stalked.

Aster tataricus is a common species with sparse purple petals and is native to China, the Korean Peninsula, and Japan. It is mainly produced in the Northeast China, and also distributed in Korea, Japan and other places abroad. aster tataricus usually grows in the humid riverside area. aster tataricus is a kind of traditional Chinese medicine, which has the effect of treating cold, cough and asthma, deficiency, fatigue, coughing and vomiting pus and blood. 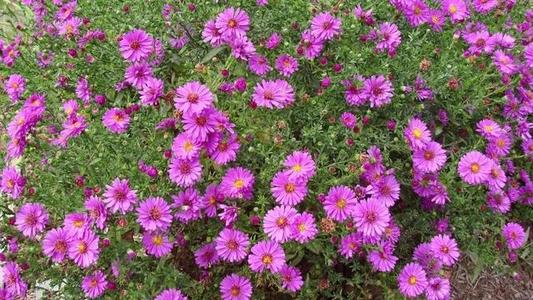 Achene of Aster tataricus is obovate-oblong, purplish brown, 2.5-3 mm long, with 1 or less 3 veins on each side, sparsely hairy distally. Crested white or reddish, 6 mm long, with many unequal hispid.

Aster Tataricus is fond of warm and humid climates. It is afraid of drought, resistant to waterlogging and has strong cold resistance. In the Harbin area, Aster tataricus can also spend the winter on the open ground. The soil requirements are not strict, except for the over-alkaline soil and dry sandy soil can be planted, but the most suitable fertile sandy loam.

Aster Tataricus is born in the wetlands, hilltops, grasslands and marshes of the low mountains, 400-2000 meters above sea level. It is resistant to water flood and drought, and has strong cold resistance.

Tatarian aster propagation often carroid out in the spring and autumn two seasons. Spring propagation is in early April, late autumn in October, the actual production in the autumn, in the northern cold region prevent seedling winter freeze to death in the field, can only be planted in spring, when the plane charge, choice of rhizomes thick section, the color white with purple nun, pest-free injury spot mark, close to the ground the rhizomes of cultivation, do not use reed rhizomes as a kind of plant of the head, because of the sample after the rhizomes of planting easy bolting flowering, effect on root yield and quality.

Tatarian aster increases with the increasing plane when planted in autumn, if spring planting need to hoard, planted before will choose good rhizomes cut into 6.7-10 cm long segments, each with a body-to keep 2-3, with rhizomes, fresh body-to keep clear of germination power, according to the space open 6.7 8.3 cm, 33 cm cut the good cultivation according to the planting distance 16.5 cm flat on a ditch, put every piece of 2-3 root, cover soil repression and gently after water, with rhizomes, 150-225 kg per hectare, about 2 weeks after emergence, before seedling pay attention to keep soil moisture.

Aster tataricus root rot mainly damages the stem base and the head of the reed. At the early stage of the disease, the roots and rhizomes became brown and rotten, the base of the petiole produced brown findle-shaped disease spots, and gradually withered leaves and rotted rhizomes.

At the beginning of the disease, the leaves of Aster tataricus appear purplish black spots, and then expand to nearly round dark brown large spots.

The larva gnaws at the leaf, leaving a hole or notch. 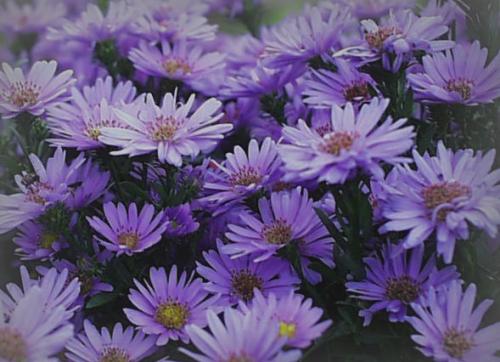 Aster tataricus is often used as fillers in bouquets. A mist of small coin-sized flowers hung in the air, appearing to join one Flower to another in a bouquet. These graceful, daisy-like flowers with yellow cores make up a rainbow of colors. Their perennial availability in California and long shelf life have endeared them to florists.

Brings a refreshing new look to spring vacations, summer weddings and fall planning. They produce the casual, wild and English gardening visuals that are popular today.

A dime-sized heather called the Spanish Casino, also known as the September flower, pioneered the stuffed aster a few years ago. There are already many different varieties of asters that look like "Spanish casinos", but in different sizes and colours. They were the size of dimes, nickels, quarters and even bigger in white, pink, lavender and yellow. With proper maintenance, they can last for two to three weeks.

Aster tataricus breeders are constantly producing new varieties. The latest breed has many improvements. Newly bred white varieties, such as "Sunremo", last longer than "Spanish Casino", which quickly browns and fades. Many more recent species have larger flowers that bloom at the same time. 'Sun Moritz' and 'Sunsol' are two of the newest varieties introduced with stronger stalks. 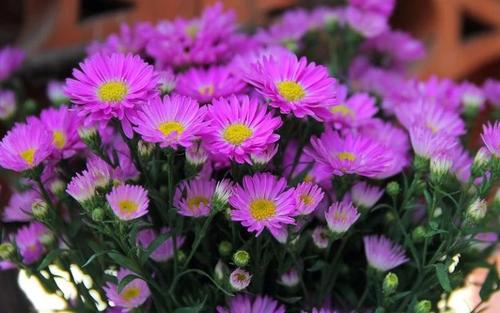