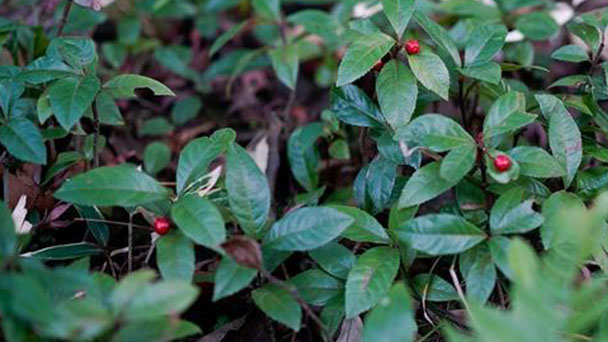 Ardisia Japonica, also known as Japanese ardisia, is a small shrub or subshrub plant of the family Ardisia Japonica with creeping roots. Ardisia Japonica stems are erect to 30 cm long, sparse to 40 cm, unbranched, puberulent when young, glabrous later. Leaves are opposite or nearly whorled, leaves hard papery or nearly leathery, elliptic to elliptic obovate, acute apex, base cuneate, common in about 1200 meters below the elevation of the mountain forest or bamboo forest, shady wet places. The whole plant and root of Ardisia Japonica are used for medicine. Ardisia Japonica has a good effect on tuberculosis, hemoptysis, cough and chronic tracheitis. It is also used to treat rheumatism, jaundice hepatitis, orchitis, leucorrhea, amenorrhea, urinary tract infection and other diseases. It is a common Chinese herbal medicine and a common flower. 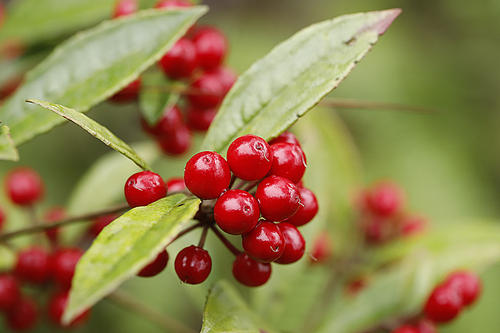 Ardisia Japonica (Japanese Ardisia) can be found in mountain forests or bamboo forests at an altitude of about 1200 meters, where the shade is wet.

Ardisia Japonica prefers warm, humid environments, shade and direct sunlight. It is suitable for growing in the soil with rich humus and good drainage.

Ardisia Japonica can reproduce in two ways, one is asexual reproduction, the other is seed reproduction. But most of them propagate asexually.

Propagation by division is usually carried out in spring and autumn. Take field collection of Ardisia Japonica plants, segmentation rhizomes, make each section of a branch on the rhizomes, segmentation the rhizomes of transplanting to level off good land, the depth of 10 ~ 15 cm, line is 20 ~ 40 cm wide spacing, each nest plant/plant plant after water flooding, covered with a thin layer of litter, around 20 dead, namely survival, litter is uncovered, let it grow. The coefficient of reproduction is 5 to 10.

Ardisia Japonica (Japanese ardisia) is a drupe fruit. The seeds of the current year can not germinate until May to June of the next year, and the natural germination rate is relatively low, usually only 3-5%.With concentrated sulfuric acid treatment for 10 minutes, the germination rate can be increased to 40~60%.

After harvesting the ripe fruit, remove the peel, wash and dry it can be sown, or after storing the sand at low temperature, spring sowing in spring of the next year. Germinated 50 to 60 days after sowing, and then transplanted cotyledons for 3 weeks after germination. Splitting propagation is usually carried out in spring and autumn. The rhizomes are cut and each rhizome has a branch. The Ardisia Japonica is then placed in prepared containers or on flat ground, kept moist, and they can survive in about 20 days. Cuttings can be carried out in the plum rain season. Cut the semi-lignified shoots, 5 to 6cm long, into the sand and keep them moist. After 3 weeks, they can take root. 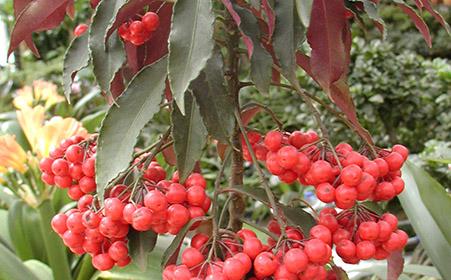 Ardisia Japonica (Japanese ardisia) is endemic to Shaanxi and other provinces south of the Yangtze River Basin, such as Fujian, Jiangxi, Hunan, Sichuan, Jiangsu, Zhejiang, Guizhou, Guangxi and Yunnan, but not found in Hainan Island.

Ardisia Japonica is found in Korea and Japan.

Landscape use of Ardisia Japonica

Ardisia Japonica (Japanese Ardisia) is an excellent ground cover plant with evergreen leaves and bright colors in autumn. It can grow under dense forests. It can also be used as a potted ornamental plant, a small potted landscape suitable for rocks, and can also be planted in the lower green belts of high-rise buildings and under overpasses.