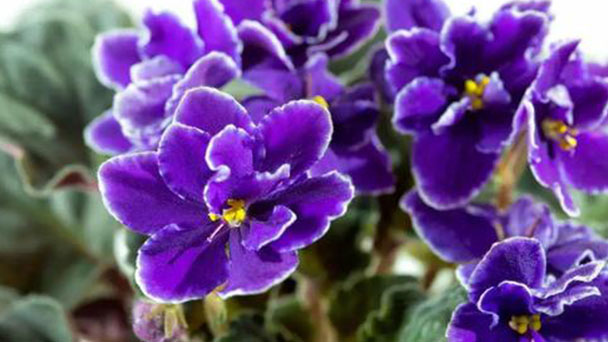 African violets, scientific name Saintpaulia, are a perennial herb of the Genus Gesneriaceae in Africa. Stemless, the whole plant is covered with hairs. Leaves are ovate, petiole thick, fleshy, flowers 1 or several together, mauve. There are many cultivars, such as big flowers, single, semi double, double, variegated leaf, and so on. The colors are purplish red, white, blue, pink and bicolor. African violets prefer warm climate, avoid high temperature, more resistant to shade, suitable for growth under scattered light, surface fertile loose neutral or slightly acidic soil. African violets Native to tropical East Africa, small rose plants, colorful flowers, four seasons, is an excellent indoor flower. It is a famous potted flower in the world, especially popular in Europe and the United States. 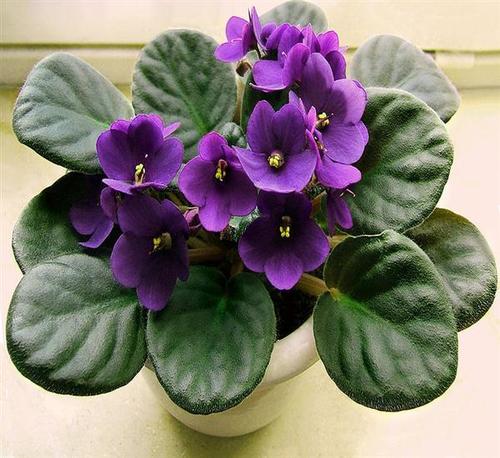 African violets are native to tropical East Africa, like warm, moist and semi-cloudy environments. In summer, it is afraid of strong light and high temperature. The suitable temperature for growth was 16 ~ 24℃, 18 ~ 24℃ from April to October, and 12 ~ 16℃ from October to April of the following year. Daytime temperature does not exceed 30℃, high temperature is not good for African violet growth. The temperature at night in winter should not be lower than 10℃, otherwise it is easy to suffer frostbite. The relative humidity is 40% ~ 70%, the pot is too wet, easy to rot roots. The air is dry and the leaves lack luster. African violets need shade in summer and their leaves are emerald green. In winter it needs full sunshine, to bloom constantly; In rainy and snow day, combined with supplementary light are very beneficial to the growth and flowering of African violets. Leaf rot soil or peat soil should be fertile, loose and well drained.

Color: More than 9000 African violets have been registered. The original 24 kinds of blue flowers began to appear in yellow, orange and white varieties within 100 years after their discovery. Moreover, more than 200 new varieties appear every year. Flowering: Spring to autumn, winter if the light will be enough to flower. Know more about african violet care.

African violets is native to tropical Eastern Africa at high altitudes. Origin: the coastal mountains of Tanzania, East Africa. The native species was discovered in 1892 by German Baron Paul, a German colony in Africa, and the seeds were sent back to Germany to be planted there by his father, who was also a gardener. African violets (Saintpaulia ionantha) because of their resemblance to violets, were among the most interesting plants when they first appeared in a German Flower show in 1893. 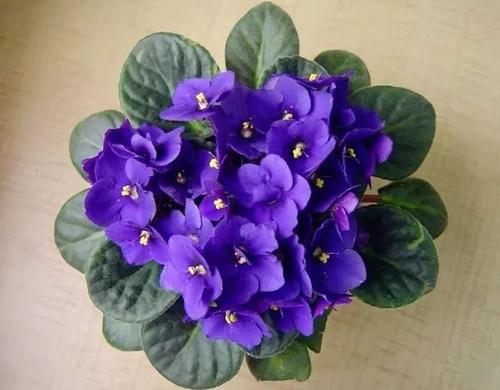 African violets are small roses, colorful and poetic. They are famous potted flowers in the world, especially popular in Europe and America. Discovered by the French in 1893 in Africa, the African Violets did not discover until the early 20th century that they can bloom year-round in the right environment and adapt to air conditioning. African Violets became very popular in the United States in the 1930s, and by the 1940s many hybrid and double color varieties had been selected. To date, African violets have become a dominant potted flower in the United States, cultivated in the home, and many of the new varieties have been created by amateurs.

In Europe, Holland, Denmark, Germany, France have mass production, the Netherlands in 1995 production potted flowers accounted for the seventh, the output value of 21.4 million dollars. African violets have become windowsill plants in Europe and the United States and are readily available in supermarkets.

African Violets have a short history of cultivation in China, and only introduced test-tube seedlings from the Us and the Netherlands in the 1980s. A few sino-foreign joint venture horticulture companies only have small batch production, cultivation is not common, but the development prospect is very good.

Eternal love. But at the same time also represents her thin, fragile, eager to have an ideal home. 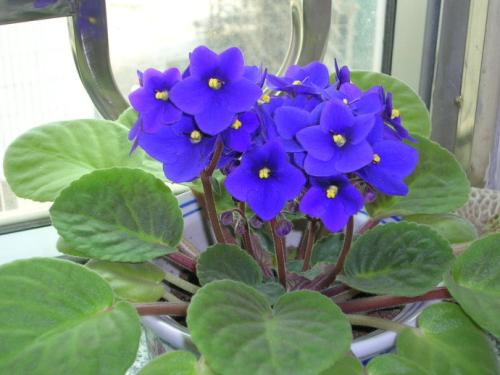 How to grow and care for African violets