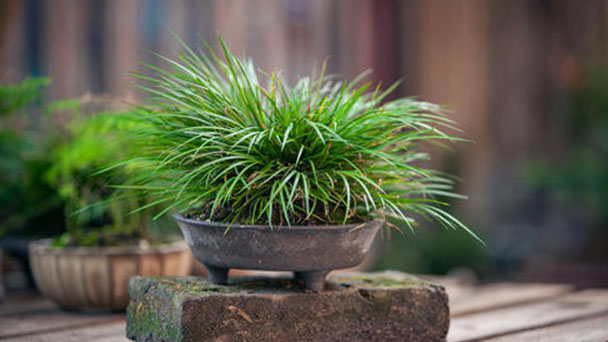 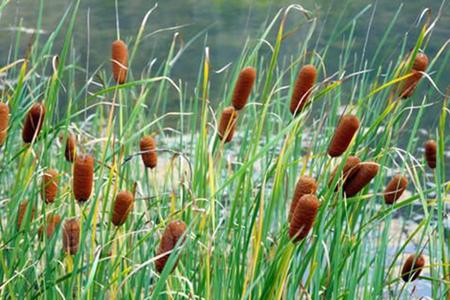 Leaf base, both sides of the base membranous leaf sheath is wide 4-5 mm, upward tapering, to 1/3 of the leaf length gradually disappear, fall off. Acorus calamus leaf blade is sword-shaped linear, broad at base, pleated, tapering above middle, grassy, green, bright; The middle ribs are markedly uplifted on both sides, lateral veins 3-5 pairs, parallel, slender, mostly extending to the tip.

There are three plants, all called Acorus calamus. For example, Rhizoma anemones altaicae, Acorus Gramineus and Drug Sweetflag, respectively originate from different plants and have different functions and indications.

From the dry rhizome of the Araceae plant Acorus Calamus. The nature is warm, the taste is bitter, the effect changes the wet appetizer, the opening clear phlegm, the awakening of wisdom. The characteristics of the medicinal materials: flat cylindrical, many curved, often branching, 3 ~ 20cm long, 0.3 ~ 1cm in diameter, brown, brownish red or gray-brown surface, rough. There are uneven density links, with fine longitudinal wrinkles; The leaves are slightly triangular in shape, arranged alternately from left to right; Below there are circular punctate root marks or residual fibrous roots; Remnants of hairy squamous foliar substrates are sometimes seen at the nodes. It is hard and brittle, the folded end face is fibrous, like white or reddish, the inner cortex ring is obvious, most of the scattered vascular bundles are small and brown oil spots can be seen. It is aromatic, bitter and slightly spicy. The rhizome is flat cylindrical, slightly curved, often branched, 3 ~ 20cm long, 0.3 ~ 1cm in diameter. The surface is tan, brownish red or grayish yellow, rough, multi - link.

Drug Sweetflag originates from the dry root of Acorus calamus, a calamus plant. The nature is warm, the taste is bitter, the effect reduces phlegm to open the orifical, invigorates the spleen and removes dampness. Medicinal properties: like Acorus calamus, but thick, less branched, 1 -- 1.5cm in diameter. The surface is white to brown-red, the nodes are sparse, and the internodes are 2 ~ 15mm long. Qualitative hard, cross section fiber is bad, show sponge like, have a lot of small voids, slightly muddy gas. The rhizome is oblate, rarely branched, 10 ~ 24cm long, 1 ~ 1.5cm in diameter. The surface is white to brownish red, with fine longitudinal grain; The internodes were 0.2 ~ 1.5cm long, with rounded pitted root marks on the upper side, and brown-red hairs remaining on the nodes. Drug Sweetflag is hard, broken face sponge like, white or light brown; The endodermal ring is obvious in the cross section with many small voids and vascular bundle points. The gas has a strong and specific, bitter, spicy taste. 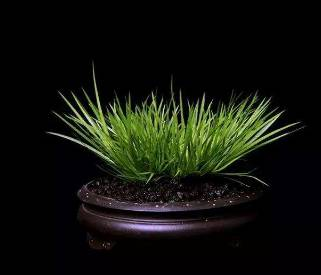 Acorus calamus is originally produced in China and Japan, and also distributed in North America from the former Soviet Union.

Acorus calamus is cultivated at water sides, swamps, or floating islands on lakes, at altitudes of 1,500 to 1,750 m (2,600 m) and often above sea level. The most suitable temperature for growth is 20-25℃, and the growth stops below 10℃. In winter subterranean stems are used to submerge into the mud for wintering. Acorus calamus likes cold wet climate, dank environment, cold resistance, and avoid drought.

In south China, the festival season hung Acorus calamus, calamus leaves on doors and windows, and drank Acorus calamus to ward off evil diseases. The custom of burning Acorus calamus and Mugwort leaves on summer and autumn nights remains to this day. Acorus calamus, with its green leaves and dignified beauty, is great in a potted room. The bonsai made with Acorus calamus is poetic and anti-pollution. On the night, the ancients often placed a pot of Acorus calamus under the oil lamp, because it absorbs the fine dust in the air, thereby preventing the smoky eyes. 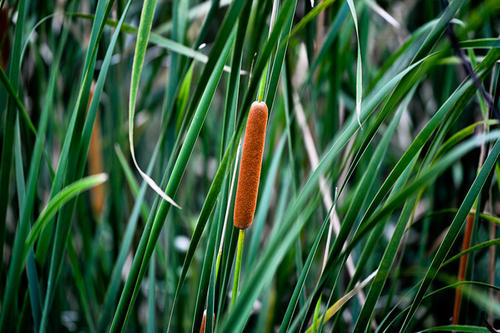 Acorus calamus is a commonly used aquatic plant in landscaping, with its rich variety and high ornamental value, and can be fully applied in the process. The Acorus calamus foliage is green, dignified and beautiful, with fragrance, suitable for the waterfront and water greening, and can be potted or used as scenery. Leaves and inflorescence can also be used as materials for Flower arrangement. It is of good ornamental value to plant on the banks of lakes and ponds, or to adorn the waterscape in gardens and the corner near the rockery.

Acorus calamus, with its rich fragrance of flowers and stems, can enlighten the body with enlightenment, dispel phlegm and disperse wind, dispel pestilence, promote wisdom and strengthen the body. Ancient Chinese medicine classics regard Acorus calamus rhizome as the medicine to enhance wisdom, widen the chest, clear the ear and clear the eyes, and detoxify clearing damp.

How to care for Acorus calamus

How to propagate Acorus calamus