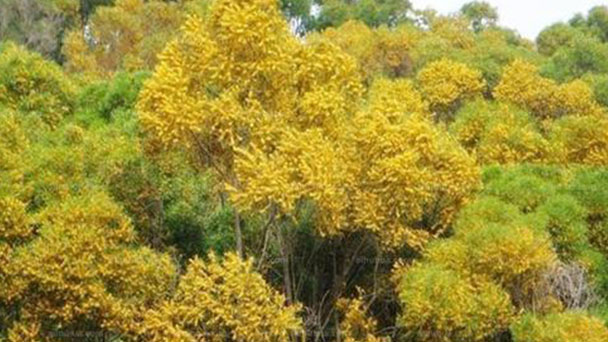 Acacia Confusa branches are gray or brown, spiny, branchlets slender. At the seedling stage, the first true leaf is a pinnatifid compound leaf, and when it grows up, the leaflets become degenerated, and the petiole becomes leaflike petiole, which is leathery. Acacia Confusa is an important tree species for afforestation of barren hills, soil and water conservation and coastal shelterbelts in southern China. The material is hard and can be used for wheels, oars and farm tools. Bark contains tannin; Flowers contain aromatic oil, which can be used as a source of fragrance. 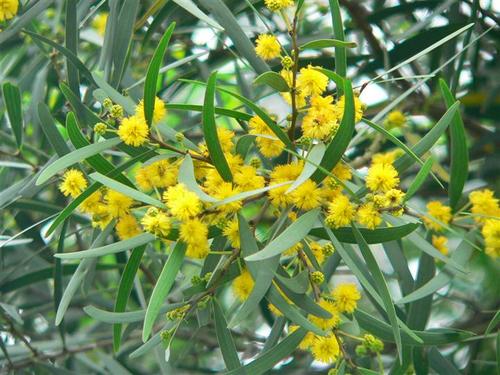 Acacia Confusa is a globose head, solitary or in clusters of 2-3 in leaf axils, ca. 1 cm in diameter; Pedicels are delicate, 8 -- 10 mm long; The flowers are golden yellow and slightly fragrant; Calyx is about half as long as the corolla; Petals are pale green, ca. 2 mm; Stamens are numerous, clearly beyond corolla; Ovary is tawny pilose, style ca. 4 mm.

The growth speed of Acacia Confusa is very fast and the adaptability is very strong. It can grow normally in a variety of environments. Acacia Confusa has strong nitrogen fixation characteristics, and the root has nodules, which can fix the nitrogen in the air and form nutrients. Long-term planting of the tree can also improve soil conditions. After the decomposition of these leaves, they form humus, which is the nutrient in the soil. After the decomposition of dead branches and leaves, the fertility of the soil will be increased, so its soil modification performance is particularly good.

Although Acacia Confusa does not have high soil requirements, it is best grown in moist and loose slightly acidic, neutral or sandy loam soils below 350 m.In general, in the winter before afforestation to arrange the land. This will allow the soil to be fully weathered and more nutritious.

Acacia Confusa is a fast-growing tropical evergreen tree, which requires high temperature and high humidity for growth. If it cannot meet its requirements, it will not be able to show its characteristics of rapid growth. So the general choice of afforestation in the rainy season, the best is in spring. Because temperatures are rising during this period, the recovery of Acacia Confusa seedlings after transplantation is very beneficial. Because of the rapid growth of the Acacia Confusa, it is usually closed to form a forest after one to two years.

Acacia Confusa likes light, but it is restricted by potting soil, so it can be shaded properly during potted landscape maintenance. Keep out of the summer glare.The ventilated environment is to ensure the respiration of plants, maintenance of the environment requires good ventilation. Under the condition of sunshine and ventilation, the basin soil can be dry, wet and orderly.

Acacia Confusa belongs to the southern deciduous species, prefer moist air. As bonsai maintenance, through the observation of the dry and wet state of the basin soil, to do "not dry not pouring is pouring through". Spray water once in the morning and once in the evening to hydrate the foliage and keep the surrounding air moist.

In order to control the tree potential, control branches long, the first thing is to pick the budding heart, let branches germinate side buds, ensure a plump tree crown. In addition, in order to make branches reasonable and orderly, do not block each other sunlight, hinder ventilation. We should often trim the middle, long branches, cross branches, whorls, axillary branches and so on. In order to achieve peaceful tree potential, so that the branches of "sparse horse, airtight". 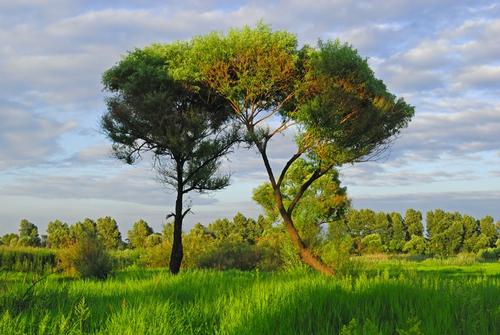 ① cut off the spawning branches of the burned black grasshopper.

It usually occurs between summer and autumn. Early seedling stem appeared on the size of the needle brown spots, after the expansion of the disease spots the whole Acacia Confusa dies. Prevention and control methods: ① burn the sick Acacia Confusa plant. (2) When the hair is in full bloom, spray 65% Dexin Zinc 600 times solution or Dexin Ammonium, Carbendazim and other liquid medicine for prevention and control.

Sick spots around the base of the Acacia Confusa seedlings and a circle of death.Can spray 1% Bordeaux liquid or 50% of the special 1000 times the liquid.

Also known as Taiwan Acacia rust, grayish winter rust fungus: the disease began with light green, sometimes with red, after the gradual change to a brown or dirty brown. Victimized Acacia Confusa part is swollen, hypertrophic, if arching the small tumor of the shape of the disk, to one side rise, branch, leaf, fruit thus rolls up into deformity. The germ fruiting body of different development stages appears one after another on the small tumor, the light green granule is sperm organ, dark brown powdery is summer spore heap and gray-white villus is winter spore heap, the sick Acacia Confusa plant is weak, the growth is poor.

Acacia Confusa is native to Taiwan, China, and can be found in plains, hills and low mountain areas throughout the island, as well as in the Philippines.

Acacia Confusa is cultivated in tropical and subtropical areas of Guangdong, Hainan, Guangxi, Fujian, Yunnan and Jiangxi provinces. It is distributed horizontally and grows normally in the south of 25°-26° N. Vertical distribution varies with latitude. In tropical areas of Hainan, it can be planted to an altitude of more than 800 meters, while in areas of higher latitude, it is generally only planted in the lowland below 200-300 meters.

The Acacia Confusa is hard and can be used for wheels, oras and farm tools. Bark containing tannin; Flowers contain aromatic oil, which can be used as a source of fragrance.

Acacia Confusa bark, fruit and other parts contain tannin, which can be used as a black dye; The stems can be used to burn charcoal. Its rapid growth, strong tillering ability, can resist typhoons, can be planted in the seaside, as a good soil and water conservation species. Wood is hard, wood can be used as pulpwood, wood-based panel, furniture, bark can be extracted tannin extract, leaves can be used as feed, economic and ecological benefits are very significant. Acacia Confusa wood is pink, beautiful, fine, straight and tough. It is a fine furniture material and can also be used for crafts and fine wood products. It is the main raw material for wood-based panels and fiberboards. It is the finest firewood.

Acacia Confusa's root differentiation is very much, can hold the soil tightly, coupled with the strong wind, drought and can grow in the advantages of the poor ridge, so commonly used for greening barren mountains, soil and water conservation.

The roots of the Acacia Confusa are fed by the nodule bacteria that fix nitrogen in the air and convert it into nitrogen that can be absorbed directly by the plant. Acacia Confusa can helps alleviate nitrogen deficiency in ridged-poor lands. 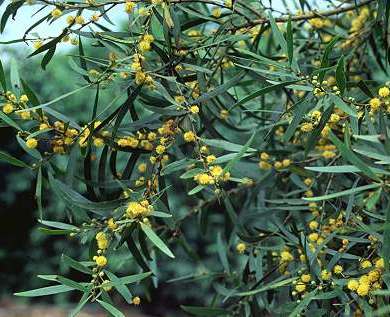