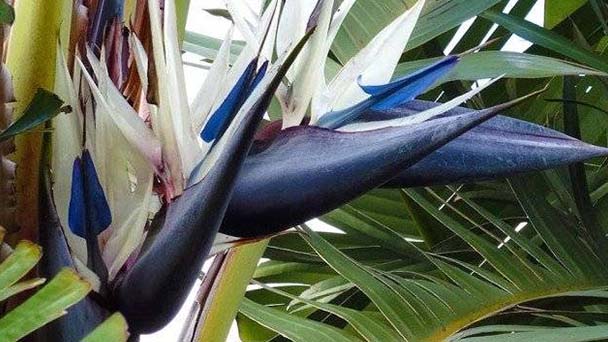 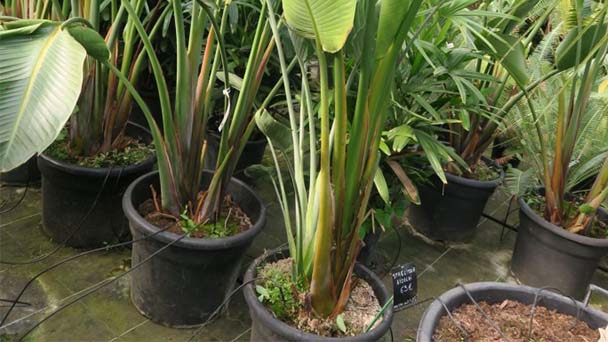 Strelitzia Nicolai is prone to root rot. we should pay attention to soil disinfection and control watering. After the disease, we should remove rotten roots and burn them, and sprinkle lime in the hole for disinfection.

Due to the blocked air, Strelitzia Nicolai is prone to scale insect damage, which can be sprayed with 1000 times of 40% dimethoate emulsion.

In high temperature in summer, the edges of Strelitzia Nicolai leaves often appear withered and yellow. Most of them are physiological diseases caused by dry air, and a few are leaf spot hazards. We can spray 65% mancozeb wettable powder 600 times for control. 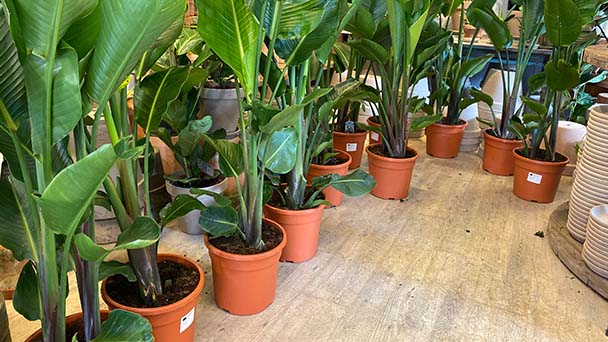 Red bird of paradise is native to Transvaal province of South Africa and Swaziland in southeast Africa. Red bird of paradise is robust, like a tree, with a plant height of 2 ~ 5m. The leaves are large, like banana leaves, leathery. The inflorescence is large, the involucre is boat shaped, pink, the sepals are white, and the petals are pure white, which is very similar to the white bird of paradise. The flowering period is autumn and winter. Cape Province of South Africa. The plant is 1 meter high and looks like the crane hope orchid. Leaves very small, rod-shaped. The inflorescence is boat shaped, the bracts are green, the edge is red, the sepals are orange red, and the petals are blue. Red bird of Paradise blooms in autumn and winter.

Strelitzia Nicolai is a tall, tall and elegant plant with strange and huge flowers. It is a high-grade landscaping plant for the beautification of courtyards and parks. It is mostly isolated in large open lawns. Strelitzia Nicolai can be potted for viewing as a large potted plant.