Octopus Plant Care - Everything You Need to Know! 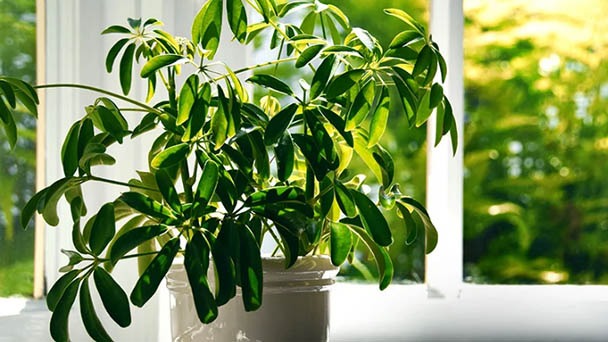 The octopus plant will brighten your space with its distinctive leaves and flowers. It grows without soil and needs little maintenance, but it is hung in the air or attached to barks, driftwood, and other materials as decoration.

Although octopus plants can thrive on plain tap water, rainwater or filtered (not softened) water will be less salty and more akin to the water found in the wild.

eep reading for more information on Pogostemon octopus, including instructions for successfully planting and caring for it in a freshwater aquarium.

Native to tropical and subtropical areas, including Mexico and South America, is the octopus plant. It commonly grows on the outside of rocks or branches in its natural habitat. It prefers warm climates. It grows best between 12 and 30 °C, with around 21 °C being the optimum temperature. Some species can survive in temperatures as low as 0 °C. Air plants in genus Tillandsia generally come from sunny and dry areas and require little water.
Octopus plant likes a well-ventilated environment and needs plenty of fresh air. It can suffocate if too much moss is used in its cultivation. Place in a location with good ventilation, preferably where there is always a breeze, or where the leaves can dry out in 4-6 hours after being misted or soaked. Be sure to shield the plant from hot air blowing on it as well.

As octopus plant prefers bright scattered light, generally you can put it on the windowsill. In the summer, stay out of the direct sun, and use fluorescent lamps to supplement natural light in the winter. Some species can withstand the shade. The color of the leaves changes as the amount of light varies.

A layer of unique water-absorbing cells is present on the surface of the leaves of the octopus plant. They are able to take in nutrients and moisture from dust or the air. As a result, the majority of species can be used as decorations on walls, furniture, cork, and stones without the need for soil.

Moisture can be provided by soaking octopus plant or misting it with water. To prevent the rotting of the leaves, be careful not to spray water between the leaves. To avoid accumulated water, it is preferable to tilt the plant downward or give it a gentle shake after watering. Don't soak it for too long or mist it excessively. You've waited too long when the leaves start to curl; this shows a serious water shortage, and it needs to be soaked in water to recover.

After purchasing the plant, wait a few days before fertilizing it so it can adjust to its new environment. When the plant is growing, such as between spring and summer or fall and winter, fertilizer should be applied. Fertilization is more effective at night because that's when most species open their tiny pores, or stomas.
It reacts negatively to substances like urea, copper, boron, zinc, and others. Utilizing only low-copper fertilizers is necessary because copper ions, in particular, can kill octopus plants. Applying fertilizer sparingly, frequently, and with a lower dosage is preferable to applying it liberally.

Small seedlings are produced at the base of the octopus plant before it perishes. To encourage the growth of the seedlings, prune the dead areas. In addition to ensuring a nice appearance, timely pruning of dead leaves or infected parts stops ants and other insects from building nests and nibbling on the plant.

The summertime placement of octopus plants outdoors will increase their exposure to sunlight and humidity in low-light areas. Take it back inside in the fall or winter when the temperature drops.

How to Repot An Octopus Plant

Select a container that is 2 inches wider and 2 inches taller than the one that currently holds your octopus plant. Without disturbing the root ball, remove as much of the old potting soil as you can. The root ball should be placed in the new container, and the sides should be filled with wet peat moss so that the plant's base is level with the soil. To settle the new potting soil and kick-start new root growth, top-water your octopus plant.

only use distilled or rainwater to water. The Carnivorous Plant Society suggests that tap water may contain too many minerals for the plant.

No carnivorous plant, including this one, should be fertilized. The insects they capture provide them with all the nutrients they require.

Where to Grow An Octopus Plant

Although umbrella plants thrive in bright, indirect light, they can typically tolerate direct indoor light and will only grow more slowly and become leggy in medium-to-low light. In general, humidity is not a problem, but if the air is too dry, pests like scale and spider mites may be more likely to attack the plants.

55°F to 75°F (13°C to 24°C) is the ideal range for umbrella plants indoors. USDA zones 10-11 allow for year-round outdoor cultivation. Before planting outdoors, make sure you are aware of local regulations because Schefflera actinophylla is a vigorous grower and is banned in Florida and Hawaii. 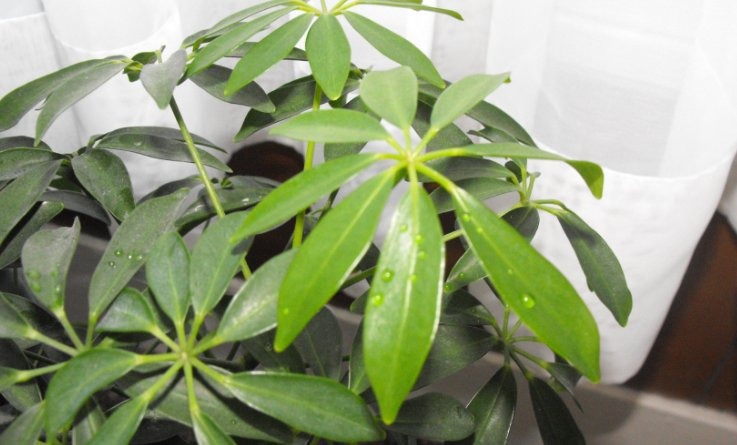 How to Propagate Octopus Plant

Use clean shears to cut a stem close to the plant's base for propagation. Place potting soil in a small container after dipping the end in rooting hormone. Place in bright, indirect light with water. Maintaining the pot at warm temperatures between 65°F and 75°F (18°C and 24°C) and enclosing it in a clear plastic bag can help maintain humidity that will speed rooting. Before planting stems in soil, some people have also reported success with this method.

How Do I Protect My Octopus Plant from Sunburn?

When newly acquired, relocated, or when the summer sun is too strong without adequate shade, octopus plants frequently get sunburned. The leaves will yellow or wither in the case of a mild sunburn; in more severe cases, flaky brown or black spots may appear. Move it to a shaded area or hang a shade net to block 30% to 50% of the light before summer arrives. Remove sunburned or withered leaves after it acclimates to the new environment and grows new, healthy leaves.

Why Do the Leaves of Octopus Plant Curl and Shrink?

Untimely watering, low humidity, and high temperatures can all contribute to insufficient water supply. When there is a water shortage, leaves begin to curl, lighten in weight, and appear gray. When the water supply is severely limited, the entire plant perishes. If the ends of the blades are burned, increase the air humidity and water the plants right away. Adapt watering to plant needs and environmental changes. Poor growth is another effect of long-term use of hard water.

The octopus plant is not vulnerable to pests or disease; only improper cultivation or environmental factors, such as high planting density, a poorly ventilated environment, dehydration, high temperature, or high humidity, can weaken it.

When a plant is old and has too many dead leaves in a high-humidity environment, or when it is new and has not yet established itself, soft rot is frequently seen. Soft rot can be caused by overwatering or inadequate ventilation. A base infection causes brown-black plaque, which is the disease's defining feature. The infected tissue gradually decays and turns black.
Fungicides should be applied as soon as soft rot is discovered, and the leaves of the affected parts should be removed immediately. It still stands a chance of surviving as long as its core is not rotten and decomposed.

It might have mealy bugs on it if the octopus plant has white-pink, sticky substances on it. They consume plant sap in groups, slowing the growth of the plants and causing them to produce a woolly, sticky substance. Plants or leaves that have been infected can be cleaned with water or an alcohol-soaked cotton swab. Use insecticide in cases of serious infection.

To avoid ants, exercise caution. Aphids and scale insects are carried by ants to tender leaves, leaf centers, leaf backs, and dense, unventilated leaf areas. Small amounts of aphids and scale insects can be easily removed by hand or with a soft brush. Use pesticides if they are more numerous. Ants can be controlled by regularly trapping them with commercially available bait or eliminated by periodically soaking the entire plant in water.

Other Uncommon Pests Or Diseases

Moreover, there are some less common pests and diseases listed below that need your attention

Lots of other articles will tell you that Pogostemon octopus is a herbaceous plant and a variety of the popular freshwater aquarium plant "Pogostemon stellatus", known for its bright reddish-purple or orange hues in high lighting and nutrient.

The family Lamiaceae, which is variable and has many variations, includes Pogostemon as one of its major species. With about 80 species, this is a sizable genus.

Because of the morphological variety and potential for convergence within the genus, the taxonomy of the genus has historically been problematic.

Nevertheless, Pogostemon stellatus octopus was reclassified as Pogostemon quadrifolius in 2013 during the most recent revision of the genus Pogostemon.

The species has proliferated in various nations around the world, including the United States, Germany, and the United Kingdom.

Pogostemon octopus is a fast-growing plant that can be grown in emersed or submerged environments that makes this plant a great choice for paludarium setups.

After thoroughly watering, let the soil slightly dry out in between applications. During periods of active growth, apply a monthly dose of balanced liquid fertilizer. For the best display, dust or wipe the leaves.