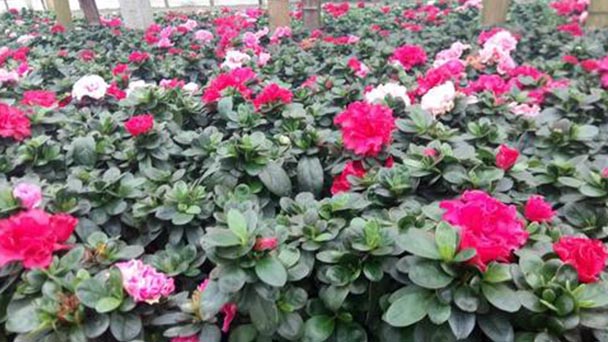 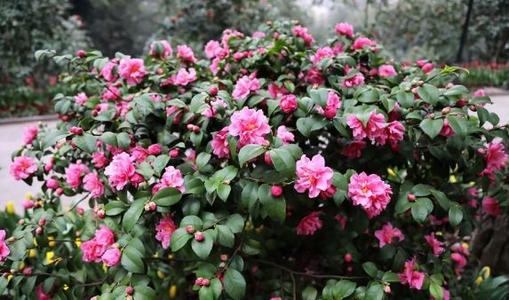 Because the roots of azalea bonsai Tree are relatively thin, loose and permeable soil is necessary. When making cultivation substrate, leaf rot soil and coarse-grained perlite can be mixed evenly. Finally, some bone meal can be placed at the base of the flowerpot as base fertilizer to promote the growth of the plant.

The azalea bonsai tree has thin, weak roots, which makes it a delicate plant that can withstand neither drought nor flooding. Spring and autumn two seasons a week about 2 ~ 3 times, basin soil hair dry, and then pour some water; When we grow and care for Azalea Bonsai Tree in the summer high temperature period, you can water once a day, but the amount of water should not be too much, can not lead to water rot;In winter, Azalea Bonsai Tree is dormant and can be watered twice a month.

The Azalea Bonsai Tree can't accept too much sunlight, it just needs enough sunlight to scatter. In the hot season of summer, Azalea Bonsai Tree needs to be preserved in a place with sufficient sunlight and ventilation. If it is enclosed, the leaves of the plant will turn yellow and wither.

Azalea Bonsai Tree does not grow very fast, but after a few years of growth, the branches change a lot and must be properly pruned for growth and beauty. We can prune a few weak branches sick branches, the axillary buds around the bud need to be pruned off during pregnancy bud, in order to concentrate nutrients, promote flowering. After the flowering period can be the residual flowers and withered leaves of pruning, to avoid the waste of nutrients. 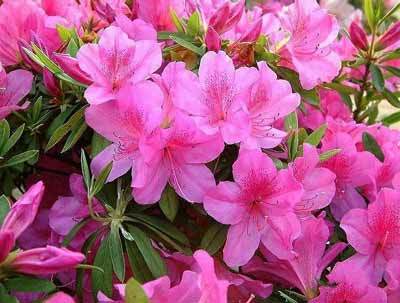 Azalea Bonsai trees are particularly susceptible to brown spot disease during the annual hot and humid plum rain season. The disease causes round brown spots on the leaves, which in severe cases can lead to leaf death. When we grow and care for the Azalea Bonsai Tree, it can be sprayed with an appropriate amount of tobujin agent or carbendazim solution for prevention and control.

Red spider pests often appear in summer and fall, will make the leaves appear gray, severe cases will lead to the leaves completely withered. After discovery, it can be sprayed with dimethoate cream solution.

① Pay attention to fertilization. When we grow and care for the Azalea Bonsai Tree, monthly topdressing N, P and K compound, with P and K - based thin fertilizer 2-3 times (avoid concentrated fertilizer or raw fertilizer), in order to meet the needs of pregnant buds. If the fertilizer nutrient is insufficient here, not only will the future blossom small and little, but also will appear "false bud" phenomenon, that is, the bud does not blossom, into a leaf bud or leaf.

② Increase illumination. The Azalea Bonsai Tree also needs sunlight during its reproductive growth stage. When we grow and care for the Azalea Bonsai Tree, lack of sunlight can also affect bud formation and expansion. After White Dew, shading time can be shortened around noon.

Strengthening the prevention and control of diseases and insect pests. Although cool in autumn, it is also prone to dry and sultry weather, which causes plants to suffer from insect pests such as red spider, armyworm and brown spot disease. Therefore, when we grow and care for the Azalea Bonsai Tree, on weekdays it should be placed in the pot plant ventilated place, found that pests should be immediately caught, seriously sprayed to kill. Found that there is a small amount of black spots on the leaf, should first remove the sick leaves for destruction, and spray tobuctin or carbendazim 2-3 times, every 7-10 days spray 1 times. 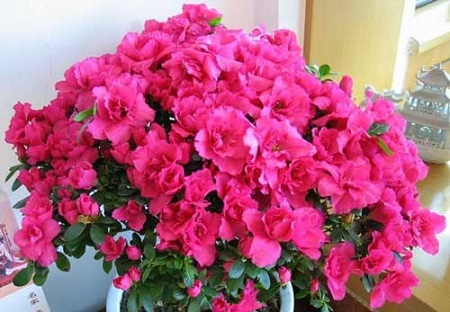