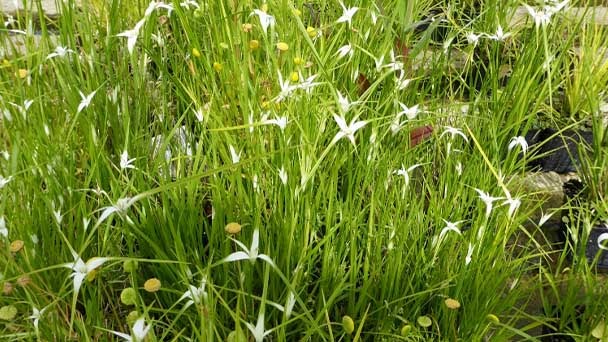 A grass found underwater with long, grass-like leaves and distinctive yellow, star-shaped flowers on freely branching stems is known as water stargrass. It flourishes in the upper Chesapeake Bay's freshwater habitat as well as its tributaries throughout the Bay watershed. 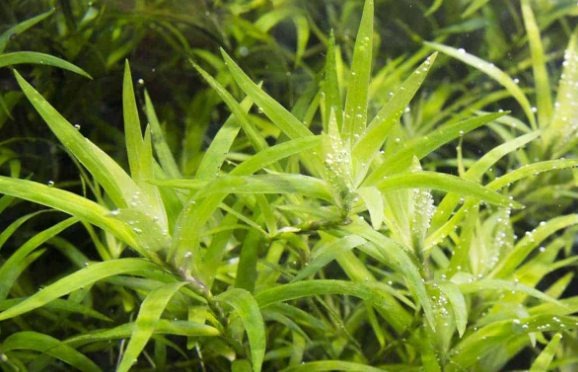 Long, grass-like leaves that grow alternately along freely branching stems make up water stargrass. Each leaf's base curves around the stem. Six-petaled yellow flowers with a small size appear above the water in the summer.

With no noticeable midvein, water stargrass has grass-like leaves. On stems that are free to branch out in any direction, leaves are arranged alternately, with the base of each leaf forming a sheath that encircles the stem. Yellow star-shaped flowers that stick out above the water surface are produced by water stargrass in the summer. Although the stem branching is diminished or absent and the leaves are small or leathery, the terrestrial form still produces flowers.

During the summer, a noticeable (bright yellow) flower of water stargrass rises above the water's surface. Water stargrass, unlike other Chesapeake Bay SAV, also has a terrestrial form that emerges when low water levels strand the plant (hence its alternate common name, mud plantain).

Both sexual and asexual methods can be used to reproduce water stargrass. A six-lobed spathe with a long, threadlike tube that produces yellow flowers during sexual reproduction is perfect. Without touching the water's surface, flowers remain closed and self-pollinate. During the winter, seeds are produced, and in the spring, they begin to sprout. Broken stem fragments serve as the means of asexual reproduction all through the growing season. The winter months are when water stargrass goes dormant. 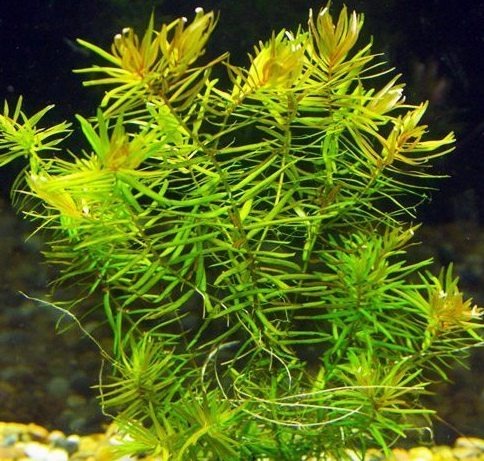 The underwater plant known as water star grass is indeed beautiful. It is simple to recognize when it blooms. Bright yellow stars with six slender petal lobes make up each bloom, which is raised just above the water's surface.

A perennial herbaceous plant with stems that branch out and are thin and long. The plants develop in loose clusters, floating or rooted on muddy shores. By dispersing seeds and severing stems, they can reproduce.

The majority of the leaves are alternate, linear (grass-like), up to 6 inches long, tapering at the base, and without a leaf stem (petiole). The leaves lack a distinct midvein.

Single, technically stalkless flowers emerge from the leaf axils. Yellow petals with a tube-like base that is fused at the base and so long that it resembles a flower stalk are present. The tube typically measures ½–3 inches in length, with the base covered by a spathe made of leafy green foliage. Narrow lobes make up the petals. June to September sees blooming. In comparison to plants that are closer to the shore or that are stranded on mud banks, those in deeper water typically have fewer flowers. Most often, flowering takes place in still backwaters or in situations where the plants have colonized muddy banks. The flowers only bloom for one day.

Pros and Cons of Water Stargrass

Ducks and wading birds eat water stargrass, but it is not widely recognized as a significant food source. Numerous micro and macro invertebrates can be found in habitats on submerged parts of all aquatic plants. Fish and other wildlife species, such as frogs, use these invertebrates as food. amphibians, reptiles, ducks, etc.). After aquatic plants die, their decomposition by bacteria and fungi provides food (called "detritus") for many aquatic invertebrates.

How to Control Water Stargrass

An imperfectly effective way to control water stargrass is to physically rake it and pull up the roots. Any surviving roots will allow the water stargrass to grow again.

There are a few options for controlling water stargrass: 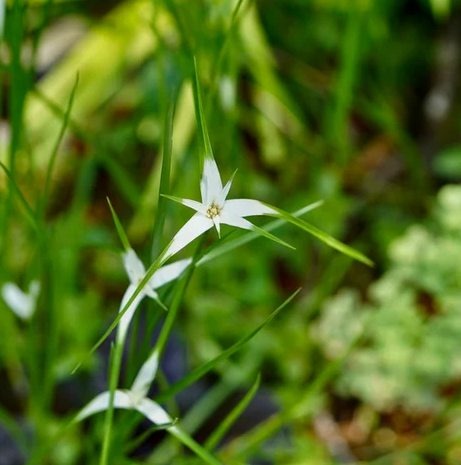 Any chemical control method has a risk of oxygen depletion as a result of the dead plant material's microbial decomposition. Fish in the pond may die from a lack of oxygen. If the pond is severely overgrown with weeds, it might be possible (depending on the herbicide selected) to treat the pond in sections, allowing each section to decompose for roughly two weeks before treating another section. For several days after treatment, aeration, especially at night, may help manage the oxygen depletion.