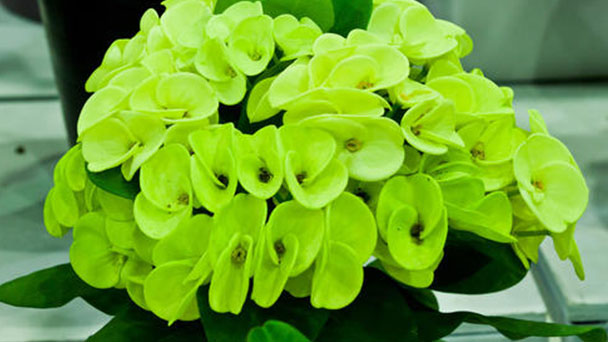 The Peking spurge (Euphorbia pekinensis Rupr.) is a perennial herb of the family Peking spurge (Euphorbia pekinensis Rupr.) that can grow up to 80 cm tall. The root is conical. Stem is erect, white pubescent, distally branched.Leaf blade alternate. Moments are oblong-lanceolate to lanceolate. Inflorescence is cup-shaped and altar-shaped. Capsule is triangulate globose, surface with verrucous protrusion. Seeds are ovate, smooth. 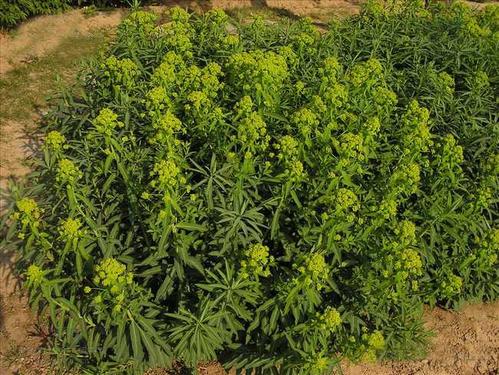 Morphological characteristics of the peking sturge

The Peking spurge is fond of warm and humid climates. It is drought tolerant, cold tolerant and prefers moisture. The soil requirements are not strict, with a deep soil layer, loose and fertile, good drainage on sandy soil or clay soil cultivation is better.

The region of peking spout

The population is large. Peking spurge is widespread in the whole country (except Taiwan, Yunnan, Tibet and Xinjiang), especially in the north.

Early spring seedlings, broadcast or drill, the seeds evenly planted, thin and fine soil, slightly suppressed, watering, keep the bed soil moist. The seedlings emerge in about 2 ~ 3 weeks. Transplant when the seedling height is 12 ~ 15cm. On a cloudy day, the fixed ground was poured with water, seedlings were dug, holes were opened according to the row spacing of 30cm×25cm and the depth of the holes was 12cm. One Peking spurge was planted in each hole, and the soil was compacted and watered.1hm2 sowing amount 7.5kg. Propagation by root division: After autumn leaves or before early spring germination, dig the roots and divide the roots, each root with 2 ~ 3 buds, and plant in holes according to the row spacing of 30cm×25cm.

Seedlings after transplanting, such as the absence of plants, should be a timely replacement, and 1 time dilute human excrement. Now when the bud should be picked in time, and then apply 1 times manure or cake fertilizer. The soil should be loosened and weeded every two months. 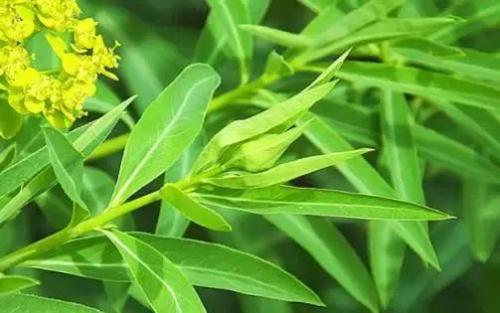 Born along roads, on hillsides, on wasteland and under damp woods.Distribution in Northeast China, East China and Hebei, Henan, Hunan, Hubei, Sichuan, Guangdong, Guangxi and other places.

Half sunny ground in grass on a low hillside. Distribution in Fujian, Guangdong, Guangxi, Guizhou, Yunnan, Xizang and other places.

Peking spurge root wash, scrape off the coarse skin, slice, with salt 3 money per kilogram, add water to mix well, after inhalation, dry or dried in light yellow, grind fine powder into capsules. Take it twice a day, 1.5 ~ 2 minutes each time, once every other day, take it with warm boiled water on an empty stomach, 6 ~ 9 times as a course of treatment. In more than 60 cases, the edema disappeared completely after 6 ~ 7 days of treatment. Patients had varying degrees of nausea, vomiting and diarrhea after taking the drug. Peking spurge laxative effect is usually the most intense 2 ~ 4 hours after taking the drug. If the symptoms are serious, eat fruit or cold sugar boiled water, the reaction can be relieved. During the period of taking the drug, use a low salt diet, and avoid cold, spicy, fish and pig meat and other hair. Peking spurge is prohibited for pregnant women, heart failure, esophageal varicose veins and the infirm.

Treatment of advanced schistosomiasis ascites or other cirrhosis ascites

The Peking spurge root should be washed, dried, ground and roasted to a brown color. The medicine should be taken in capsules. For adults, 0.6-0.9g should be taken once every other day or 2 days. If the ascites have retreated, ginseng nourishing pills can be used to recuperate. After 5 ~ 36 times of medication, 9 cases showed obvious effect (ascites disappeared, health improved, physical strength basically recovered), 9 cases showed improvement (ascites significantly reduced, general condition improved), and 2 cases showed no effect. During the course of treatment, the main reactions were diarrhea, nausea, vomiting and abdominal pain, which could disappear spontaneously after a few hours. But it has also been observed that generally taking powder 0.6 grams of drug reaction can be tolerated, such as more than 1.8 grams, the reaction weight gain, aversion to cold, tremor, dizziness, irritability, dry mouth, and sometimes extreme fear.Reaction lasts for 2 to 6 hours and can be alleviated if treated in time. The contraindication is the same as before.

Peking spurge is used for edema ascites, chest pain and so on. The Peking spurge is similar to Gansui in its efficacy in drinking water, so it can be used for pleural effusion, ascites, edema and asthma. It is often used in the same way as Gansui and Yuanhua. 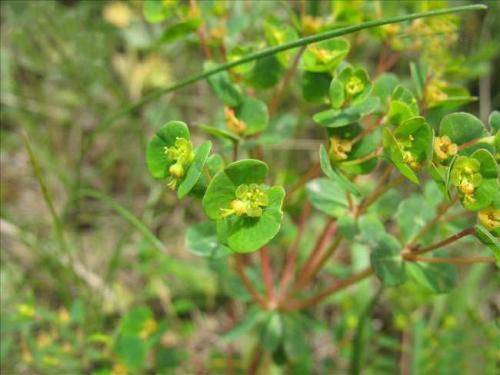