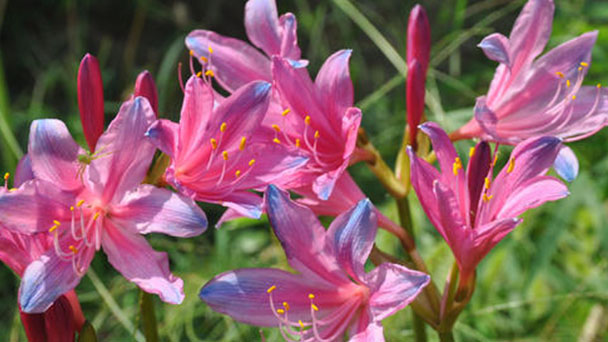 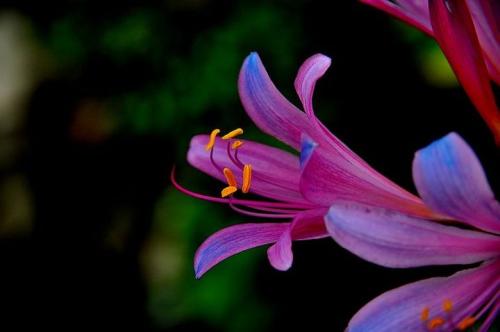 The meaning of blue spider lily or Lycoris Sprengeri is about truth and calm energy. It is also associated with stability in life and freedom of doing something, inspiration and much more. Blue spider lilies depict the truth, peace, restful and calm feeling, it’s like a positive energy that brings our mind cool and peaceful. Lilies in blue do represent self-determination, sovereignty, freedom and inspiration, stable life.

Electric Blue Spider Lily (Lycoris Sprengeri) is cold-resistant and prefers a wet and cloudy environment. It can overwinter on the ground in the middle and lower reaches of the Yangtze River. The soil will grow best in well-drained, fertile sandy loam soil.

Electric Blue Spider Lily (Lycoris Sprengeri) is a shade-tolerant plant, which grows mostly in low-tide environments. Therefore, the garden configuration can be widely used as under forest ground cover plants to apply. However, after years of cultivation experiments, the above varieties are also very drought resistant, under strong light and drought conditions, the flowering, long leaves are good, in addition, they do not require strict soil conditions, but in the fertile land to grow well, many flowers, gorgeous. These ecological adaptations have opened up a broadway for the application of various Lycoris strains. 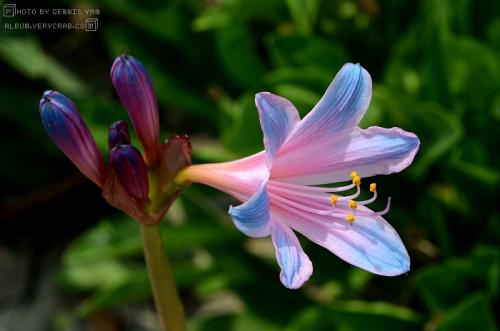 Electric Blue Spider Lily is rarely affected by pests and diseases and sometimes suffers from rot and yellow streak virus disease. The bulb can be soaked in 2% potassium permanganate solution for 1 hour before planting, then dried and planted.

Electric Blue Spider Lily (Lycoris Sprengeri) is native to the lower reaches of the Yangtze River and is found in Zhejiang, Hubei, Anhui, Jiangsu and other provinces of mainland China. It grows on damp hillsides and Bamboo forests.

Electric Blue Spider Lily is a shade-tolerant plant, which grows mostly in low tide environments. Therefore, the garden configuration can be widely used as a forest down. Lycoris Sprenger is suitable for perennial mixed flower environment, under the forest bush, also suitable for pot and cut flowers. 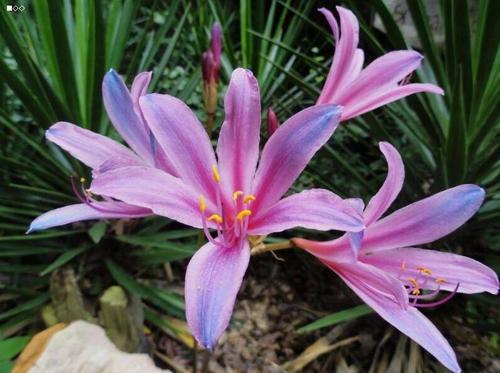