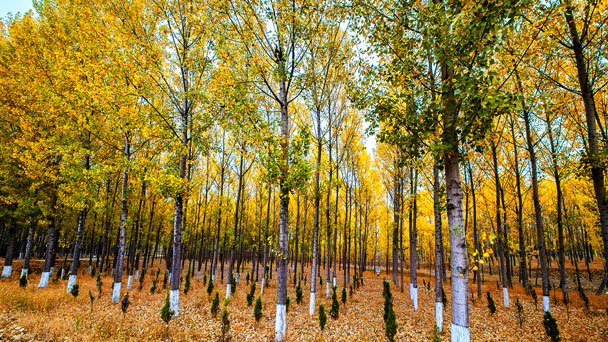 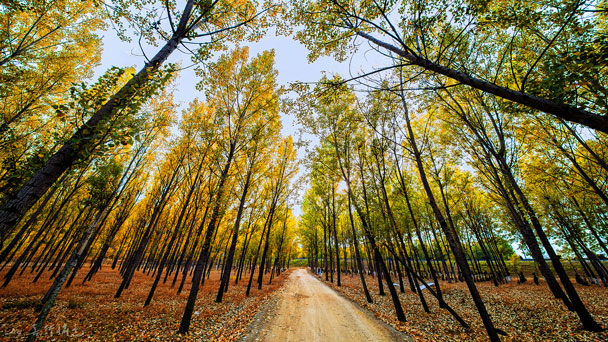 On October 14, 1792, Washington instructed his farm manager, Anthony Whitting, to have the gardeners "plant cuttings of the Weeping Willow, yellow willow, or Lombardy Poplar" to create living fences. The shrinking availabiliy of timber with which to make rail fences caused him to turn to live hedges, which could be started with fast-growing Lombardy poplar and willows, while slower growing cedars and locusts would eventually take over. Unfortunately, and with great disappointment, he never succeeded due to various setbacks. 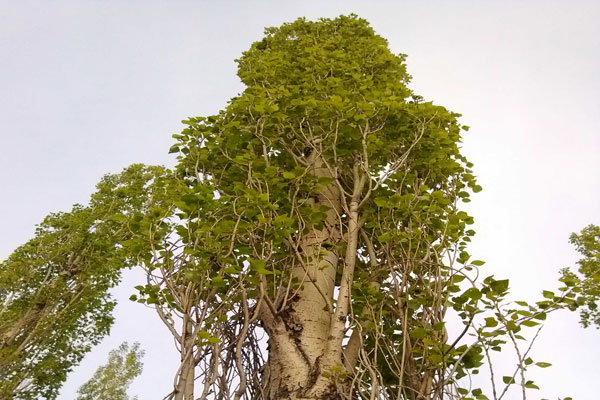 Be cautious before planting a young, small Lombardy poplars (Populus nigra 'Italica') sapling immediately adjacent to any buildings, foundations, or infrastructure. Fast-growing trees above ground are often fast-growing below, too. The root system of the Poplar Tree can be invasive and destructive if planted in close proximity to these types of materials. Simply plant your Poplar a safe distance away from the home and watch it grow.

‘Italica’, commonly known as Lombardy poplar or Italian poplar, is believed to have originated in Italy (Lombardy region on the banks of the Po River) in the late 1600s as a fastigiate mutation of a male black poplar (Populus nigra). Lombardy poplars (Populus nigra 'Italica') is primarily native to boggy lowland areas, river valleys, pond margins, forest margins, fields and roadsides in Europe, northwestern Africa and western Asia. 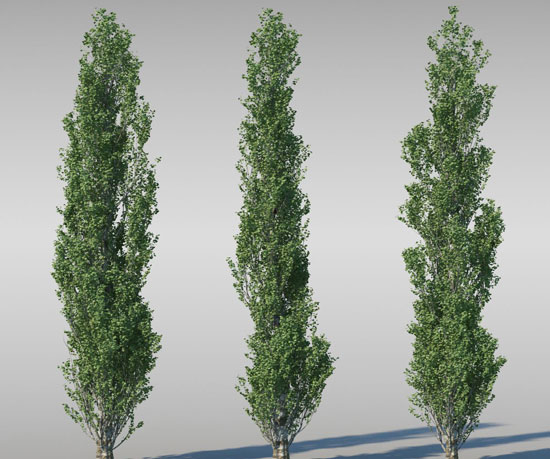 How to Grow and Care for Lombardy poplars (Populus nigra 'Italica')

Poplar trees are planted as cuttings using 8 to 10 segments of one-year old stems. This process is called vegetative propagation and is one way to ensure continuity of the genetic makeup of desired clones. Producing your own cuttings is great way to save money and ensure that you have quality stock year after year. It does, however, require a fair amount of manual labor and storage space.
Poplar cuttings do best if taken from healthy trees, especially if taken in the early morning. Use a sharp, thin-bladed knife or sharpened pruning shears and remove all the leaves from the bottom half of a 6-inch stem. If the leaves on your cutting are large, cut them in half to reduce water loss during rooting. Place the cutting up to half its length in a medium made of half peat and half sand; water well and keep in a spot that receives indirect sunlight. Keep the soil moist but not saturated by occasionally misting the cutting. When it has rooted, transfer it into a larger container or into a separate bed with others as its chances of survival are improved if not immediately planted in its permanent location. Cuttings, also called whips, can be harvested in late fall and refrigerated until planting time. If using this method, be sure to soak the cutting for 24 hours before planting and keep the area weed-free during the first two years of growth as young poplars are easily overtaken by other vegetation. 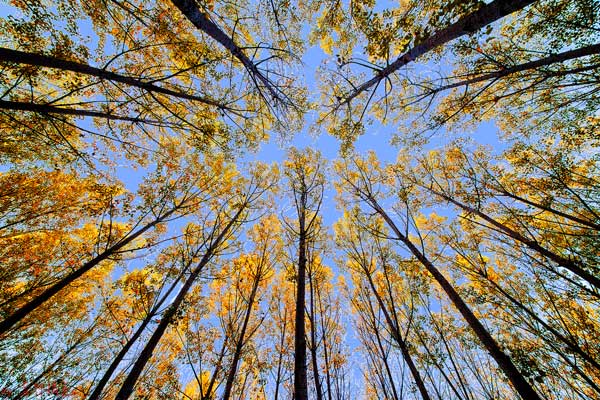 How to Care for Lombardy poplars (Populus nigra 'Italica')

Grow Lombardy poplar trees in full sun. Lombardy poplars will do well in soil that is sandy, loamy, or very loamy. It should be well-drained. During the first year, make sure your tree gets water during extended dry spells, particularly in the summer months. Drooping leaves are a sign of both over or under watering, so ensure you water your Lombardy about once or twice weekly. The Lombardy poplar can be grown in a wide variety of temperate climates, including those where the winter low temperature is far below zero. In hot and humid climates, this tree is even more susceptible to Cytospora canker. Fertilize conservatively. Organic fertilizer high in nitrogen works well. You can use a 10-10-10 or 20-20-20 fertilizer formula. Avoid fertilizing the tree directly. Instead, broadcast the fertilizer around the drip line. This low maintenance tree can be pruned to maintain shape and dead or damaged branches can be removed to keep a clean and healthy look. Prune in the winter months during dormancy for best results. 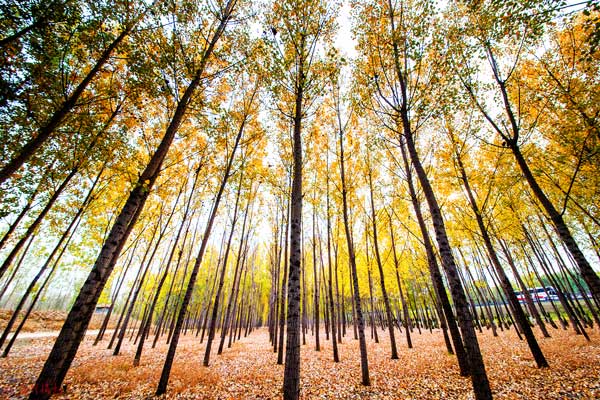 Inner bark - dried, ground then added to flour and used for making bread etc. A famine food, used when all else fails.

The buds are antiscorbutic, antiseptic, balsamic, diaphoretic, diuretic, expectorant, febrifuge, salve, stimulant, tonic and vulnerary. They are taken internally in the treatment of bronchitis and upper respiratory tract infections, stomach and kidney disorders. Externally, the buds are used to treat colds, sinusitis, arthritis, rheumatism, muscular pain and dry skin conditions. They can be put in hot water and used as an inhalant to relieve congested nasal passages.

This tree is popular for lining roadways, used as garden borders or planted as a focal point in a larger landscape. Few trees offer a faster green screen. With a growth rate of about 6 feet per year you won't wait long for this tree to fill in where you need it. Although the Lombardy poplar is not an evergreen, the close, dense branches still offer coverage in winter. And the light penetration from the fallen leaves will actually help heat up your home in the cold of winter, saving you money on those heating bills. 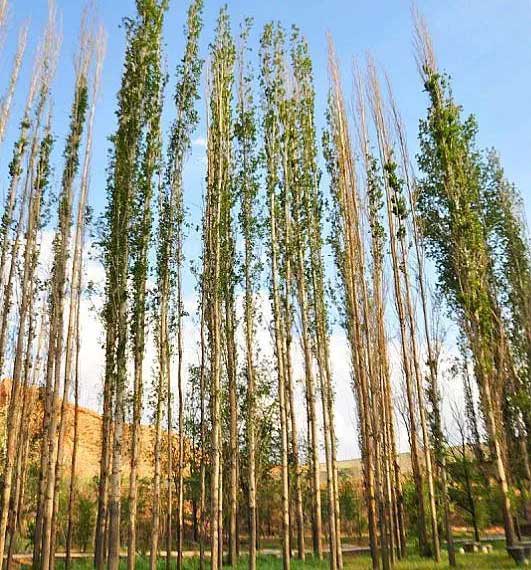