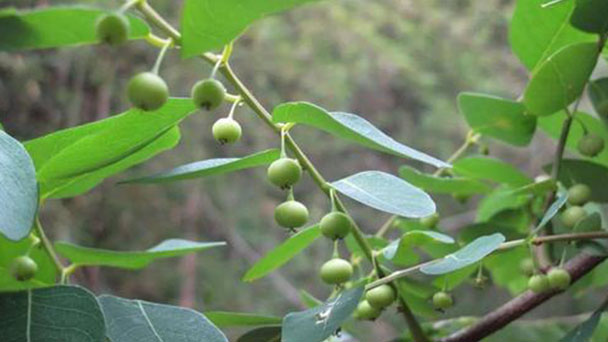 Japanese Helwingia (Latin name: Helwingia japonica (Thunb.) Dietr.) is a deciduous shrub in the Cornus family, with a height of up to 2 m. Japanese Helwingia leaves are papery, ovate, ovoid, sparsely elliptic, apex acuminate, very few apex caudate acuminate, base broadly cuneate or nearly round, margin spiniform serrulate; Flowering in early summer, dioecious, small, yellow-green flowers, in the center of the main veins on the leaf. 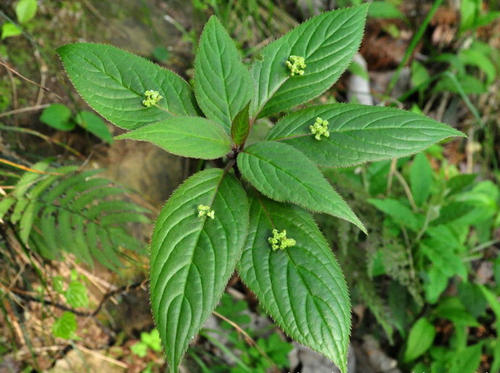 Japanese Helwingia was often born in the elevation of 3300 meters below the forest, like wet and fertile soil. During the growing period, they like a damp and cool environment, and they require forest soil with high humus content, and avoid high temperature and dry climate.

Japanese Helwingia is widely distributed in the southern provinces of the Yellow River Basin in China. It is also found in Japan, northern Burma and northern India.

Japanese helwingia can be propagated by seed seeding or cuttings.When the seeds mature in autumn, the collected fruits will be mashed flesh, repeatedly rinse with water, take out the seeds, dry in the shade. It can be picked and sown at any time, or it can be stored and planted in a pot or ground with the next spring. Placement is suitable for the selection of leeward shade, fertile soil and good drainage plots. Cuttage can choose 1-2 years of branches, cut growth 6-12 cm bud cuttings, in autumn or spring. And pay attention to cover moisture, improve its survival rate. 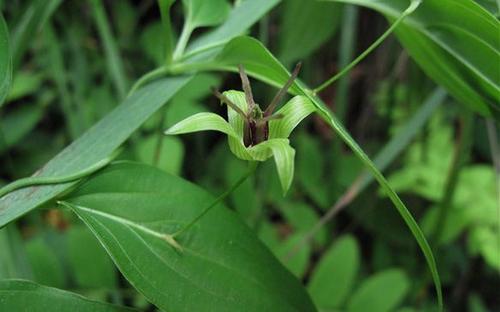 The difference between this variety and the original variety is that the underleaf is pinkish white, often grayish white or pinkish green. Produced in southern shaanxi, western hubei, sichuan, northern guizhou, northeast yunnan. It is usually born at an altitude of 1240-2800 m. The type specimens were collected from western Hubei Province.

The leaves of this variety are nearly ovate or ovate-elliptic, 7 -- 11 cm long and 3.5 -- 4.5 cm wide, gray below, slightly pinkish, margin obtuse and rounded serrate. Japanese Helwingia is made in Sichuan, China.They are commonly found in thickets at an altitude of 1200-2300 m. The type specimens were collected from Guanxian County, Sichuan Province.

It is very similar to white Japanese helwingia, but easily distinguishable from this variety in leaf shape and serrated margins.

The difference between this variety and other varieties is that there are white papillae on the lower midvein and lateral veins of the leaves, and there is only one fruit on the upper midvein of the leaves, with 4-5 cleft stigma and 4-5 nucleation at the apex. It is produced in southern shaanxi, southeast gansu, sichuan and southeast Xizang.Often in the elevation of 2100-3300 m forest, hemlock or fir forest distribution is more. The type specimens were collected from Hongya County, Sichuan Province.

The subspecies is distinguished from the proto-subspecies in that the leaves are oblong, thinly lanceolate, 5-12 cm long and 1.5-6 cm wide.

It is produced in southern Zhejiang and Taiwan, China. They are commonly found at an altitude of 1700-2500 m.

Spring is the flowering season for Japanese helwingia, when small flowers bloom on the pages. By early summer, the pages begin to produce one to three small green fruits that, when ripe in autumn, will turn black, like bright black gems set on emerald green pages. Exotic sights make visitors stop to admire and marvel at the colorful and magical world of plants. 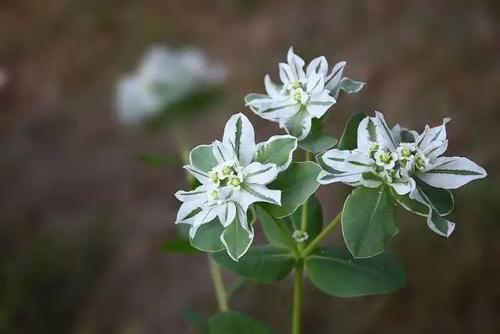