Indian snakeroot (Rauvolfia serpentina), also known as devil pepper, or serpentine wood, is a shrub up to 60 cm, glabrous except for upper part of inner surface of corolla tube covered with villous hairs; The stem is sparse llickenhole most growth in Gengma, Jinghong wild, born in mountain forest, Xishuangbanna, Kunming and other places are cultivated. Guangdong and Guangxi are also cultivated. Indian snakeroot is distributed in India, Sri Lanka, Burma, Thailand, Indonesia and other regions.

Indian snakeroot (devil pepper) is a shrub, 50-60 cm tall, glabrous except for the upper part of the corolla tube covered with villous hairs.

The stem of Indian snakeroot (devil pepper) is straw-colored, longitudinally striated, sparsely lenticularized and about 5 mm in diameter. The internodes are 1-4 cm long.

Indian Snakeroot was born in Gengma and Jinghong mountains and forests. 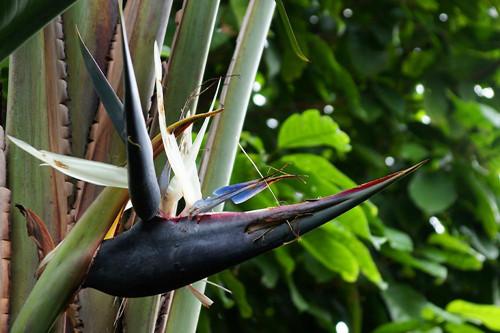 Indian Snakeroot (devil pepper) is distributed in India, Sri Lanka, Myanmar, Thailand, Indonesia and so on.

Indian Snakeroot (devil pepper) also works against arrhythmias; Because of its vasodilation, it has been thought to be used as an aphrodisiac, but it has not been used in clinical treatment. Reserpine in Indian Snakeroot also has a calming effect on the central nervous system, making it easier to fall asleep, but easier to wake up after sleep, and has significant effects on animal behavior.

Reserpine has an antipsychotic effect in clinic, but the effect is weaker than other targeted drugs, and has not been used in the treatment of psychosis. Indian snakeroot (devil pepper) can increase the hypoglycemic effect of insulin and the hypoglycemic effect of adrenaline in normal subjects. The reserpine contained in Indian snakeroot in the glucose tolerance test inhibited the glycemic response in diabetic patients and also had a hypothermic effect.

The Indian Snakeroot (devil pepper) root wood is toxic to total alkaloids, which can cause toxic symptoms such as vomiting and unstable gait if accidentally hit. Slow and irregular breathing, loss of consciousness similar to deep sleep, death due to respiratory failure. Other side effects include nasal congestion and aggravated peptic ulcer, the latter of which is less common with small doses taken orally.