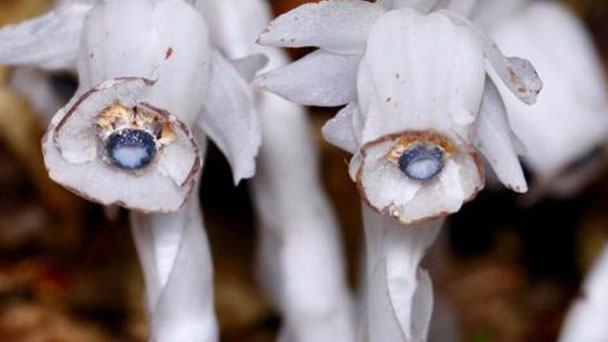 The Indian Pipe is neither an orchid nor a mushroom. Indian pipe belongs to the wintergrass family. The whole body has no chlorophyll, so it can not photosynthesize, is to rely on decaying plants to obtain nutrients, known as the flower of death. The flowers of Indian Pipe are shining white in the dark, wet leaf leaves. There are crystal pipes. 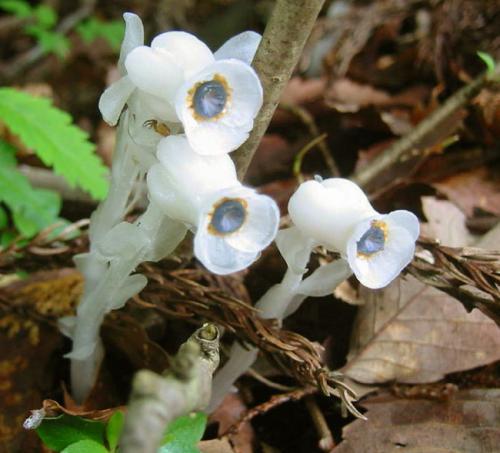 The Indian pipe is a parasitic plant without chlorophyll, with scaly leaves and a densely branched root system that is covered with mycorrhiza to extract nutrients from the soil. Some scholars have argued that it should be separated from the Pyrolaceae family and become its own family.Herbs, scaly; The roots are slender and interwoven; Flowers are single terminal, pendulous first, erect later, bracts, scalelike, caducous; indian pipe has 5-6 petals, free, long elliptic, without cysts at base, with irregular teeth, often densely long hairs on the inside, caducous; Indian pipe has 10-12 stamens, anthers short, peltate, native, transverse filaments 0.8 -- 1.2 cm long, hispid, anthers yellow. Disk adheres to the base of the ovary, extending into 10-12 teeth. Ovary is 5-loculed, axial placenta, each locule with numerous ovules, style short, thick, style 2 -- 3 mm long, distally enlarged into a funnel-shaped stigma; Capsule is elliptic globose, erect, upward, ca. 1.3-1.4 cm long, 5-lobed, locular-dorsum dehiscent into 6 Fruit petals; Seeds are  minute, subcylindrical.

Indian pipes in the natural environment are mostly clustered, but rarely isolated. Its whole plant height is about 10cm ~ 15cm, in thousands of years of evolution, its leaves have degenerated into white scales, alternate on unbranched fleshy stems, monoecious, single flowers at the top of the plant. The white transparent leaves of Indian Pipe have degenerated into scales attached to the sides of the stem, alternate, white. The stem is also white and unbranching. The flowers are monoecious from spring to summer. In May and June, they grow long bell-shaped white flowers from the top of the stem, sometimes in clusters and at the top of each plant. The Indian pipe grows at an altitude of 1,500 to 2,500 meters and is common in cool, damp coniferous and broad-leaved forests.

Growing habits: Indian pipe grows at an altitude of 1500-2500 m. It is commonly found in cool, damp coniferous and broad-leaved mixed forests.

Indian pipe grows at an altitude of 1,500 to 2,500 meters and is found in cool, damp coniferous and broad-leaved mixed forests.

There are five known species of Indian pipes in the world, of which there are about two in China. They are mainly distributed in Zhejiang, Shanxi, Shaanxi, Gansu, Qinghai, Hunan, Taiwan, Sichuan, Yunnan, Guizhou and other regions. Most of them grow in the cool and wet mixed coniferous and broad-leaved forests at an altitude of 800m ~ 3000m, so people rarely see them. 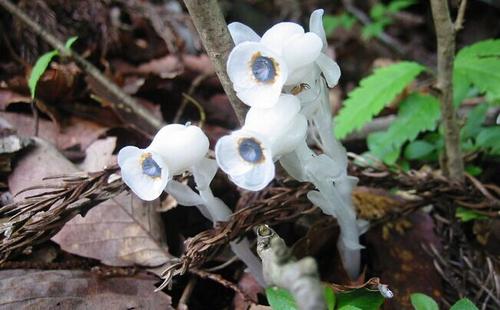 Growing seedlings is the key to cultivating Indian pipe flowers. How to grow seedlings? The first thing to do is to keep the number of plants. That is, the dividing plant can not be too fine, as far as possible to maintain above three seedlings, conjoined cultivation.

Cultivation the environment as far as possible to achieve adequate air temperature, while maintaining light foot, water foot, promote the growth of Orchid seedlings, keep the orchid seedlings healthy. Protecting the growth of the orchid depends on the absorption of nutrients by the root. Blackened or rotting root tips prevent the roots from delivering water and nutrients to the plant. That is the main cause of the charred Indian Pipe. Therefore, to protect the root, must maintain a pot of hydrophobic breathable, watering to pour through, not outside the wet inside dry;In summer, orchid roots should be rinsed regularly to avoid residual fat water retained in the basin and root damage.

Do as little as possible, change the basin, avoid injury and root tip, and affect the growth of orchid strains.Choose fertile soil that is permeable and breathable.

But in the humus soil, where there is not a single green leaf, there is a lovely white flower. It is the Indian Pipe. When walking in the middle and high altitude mountainous areas during the transition of spring and summer, you can often see it blooming on a pile of insignificant soil, which is really amazing.

The Indian pipe's unique plant habits make it uniquely suited to a cool, humid, humus climate in the mountains and forests. It relies on specific bacteria to survive. Unless it can be grown to mimic its native environment, it is unlikely to survive in a normal artificial environment. And the seeds of the Indian Pipe are so tiny that they contain almost no nutrients, leaving their native place to sprout under artificial conditions. The Indian Pipe has only a few short months to go from sprout to blossom and bear fruit in the spring. Only in a good and harmonious environment can the Indian Pipe thrive. Accordingly, below the circumstance that the condition does not have, we do not want to change at will, destroy its living space. Perhaps in the near future, developed science and technology will help this beautiful spirit from the mountains and forests, into our lives, to bring joy and pleasure to more people. 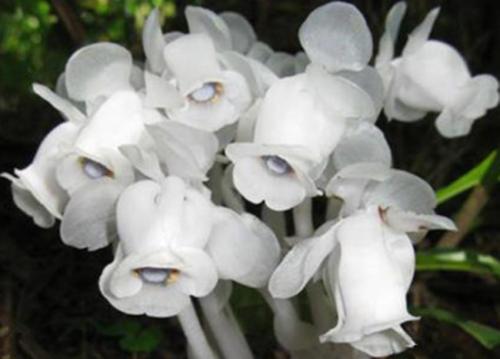