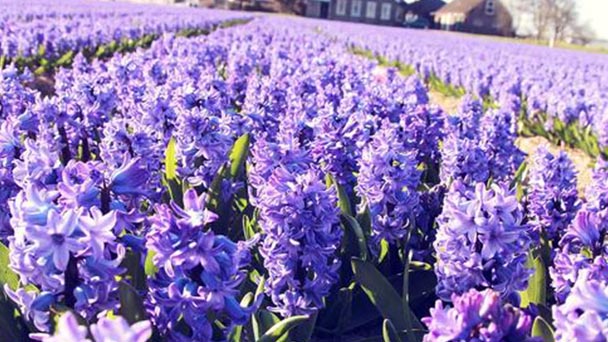 Hyacinth, scientific name Hyacinthus orientalis, is one of the most favorite potted plants in Europe, in the European market has a very high status. In our country it is widely introduced. Although there are a lot of flower friends growing Hyacinth, many flower friends do not understand Hyacinth. The following are an introduction to the Hyacinth. 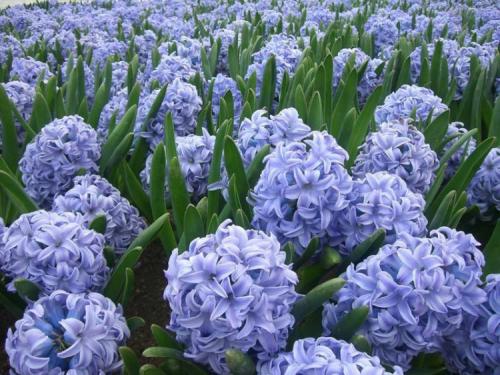 Hyacinth is originally produced in the northeast of the Mediterranean, with a long history of cultivation. The first is planted in the Garden of Turkey, and then slowly spread, and then it is popular throughout the European region, and is planted all over the world at present. The Netherlands is a country with the most Hyacinth planting.

Hyacinth likes sunshine, suitable for growth in a cool and humid environment. For the soil it likes loose, fertile, good drainage soil, and we should pay attention to not have the formation of water. Soil culture, water culture can let it have a good growth.

How to Grow & Care for Hyacinth Flower

Hyacinth flowering nutrients, mainly on the supply of nutrients stored in the bulb leaves, as long as the choice of skin without damage, fleshy scales not too wrinkled, more hard and heavy, full bulb, can open rich and beautiful flowers. In the purchase of seed head, we should pay attention to the selection of bright skin, solid texture, no disease spots and insect mouth as well, usually from the seed coat color can basically judge what color of flowers it is open. For example the skin is amaranth it can open amaranth flower, if white will open white flower, but the breed that some pass hybridization grows its color is relatively complex, sometimes can distinguish not clear, need to ask operator clear ability is good to buy. When the seed head is repurchased, soak it with carbendazim and let it dry. To make it break the dormant period, we need to put the refrigerator first under the refrigerate for a month or so, so that in the future it will blossom smoothly. But when removed from the refrigerator, it is best to place in a cool place for seven or eight days before sowing.

We should choose the sandy loam with good drainage and not too dry, which requires fertile soil, high organic matter content, good aggregate structure, neutral to slightly alkaline, and pH 6-7. The culture soil can be prepared according to the ratio of leaf rot soil 5∶ garden soil 3∶ coarse sand 1.5∶ bone meal 0.5; Before planting, formalin and other chemical agents can be used to cover the soil surface with film immediately after applying the drug at a soil temperature of 10-15℃. After 3 days of warm weather, the film can be removed and planted after 1 days of drying to keep the soil moist. Before planting, apply sufficient base fertilizer, field cultivation, avoid continuous cropping.

It is suitable to be carried out in October-November, and selecting well-drained soil is the most important condition. Before planting, apply sufficient base fertilizer, add a thin layer of sand above, and then arrange the bulbs, the plant distance is 15 cm -18 cm, covered with soil 5 cm -8 cm. And mulch it to keep the soil loose and moist. Generally, no other management is done before flowering. If seeds are not to be harvested after flowering, Flower stems should be cut off to promote bulb development, and the cutting position should be as far as possible in the uppermost part of flower stems. In early June, the bulb can be dug out, spread out and stored in the cold storage. The temperature in summer should not exceed 28℃. 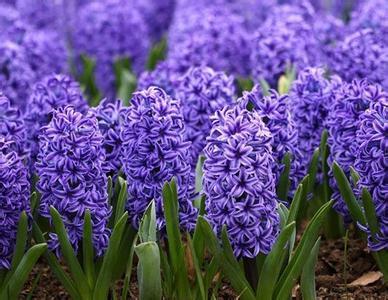 Hyacinth is one of the most beautiful flowers in the world

Hyacinth water cultivation requires that the water level should be 1-2cm away from the corm chassis, so that the root system can breathe, and it is strictly prohibited to fill the water without the bottom of the corm. In December, place the balls in a wide, combed glass jar with a little charcoal to help preserve and disinfect them. The ball just dipped to the end of the ball, but is placed in a dark place, with a black cloth cover the bottle, such about after more than 20 days of all black environment after germination, put them outside to make it accept the illuminati of sunshine, early as 1 to 2 hours a day, after gradually increased to 7 to 8 hours, most of the cases, the weather is good to the Spring Festival can blossom.

After late July, the bulbs should be treated at 8℃ for 70-75 days, and then potted in early October and cultivated in a greenhouse, so that they can blossom at the end of the year. Due to the wide difference in susceptivity of cultivars to promotion, cultivars suitable for promotion should be selected in promotion cultivation.

Hyacinth only needs more than 5000LX, and can maintain normal physiological activities. Light is too weak, which can lead to plant emaciation, stem is too long, flower bud is small, flower is early, leaves are yellow and so on. We can use incandescent lamps in 1 meter or so place to fill light; But too much light can also cause leaves and petals to burn or shorten the flowering period.

Soil moisture should be maintained between 60-70%, too high, root respiration is inhibited and easy to rot, too low, the ground part wilting, or even death; The air humidity should be maintained at about 80%, and can be increased by spray, ground sprinkling humidity, ventilation can also be used to reduce the humidity.

When the temperature is too high, even higher than 35℃, flower bud differentiation will be inhibited, abnormal growth, and the blind flower rate will increase. If the temperature is too low, the flower bud will be damaged by freezing. At the beginning of the 20th century, flower growers began to produce Hyacinth in a greenhouse and treat it with a certain temperature. Like Tulips and other bulbous plants, their bulbs need to be kept at low temperatures for a period of time, otherwise they will not produce high-quality flowers and stems of sufficient length.

Hyacinth causes it to flower earlier than other bulbous plants by applying special temperature treatments to it. One way to do this is to increase the temperature of the soil while the bulbs are growing. This method is rarely used because of its high cost. More common is, kind of ball is excavated ahead of time, do temperature processing in the room that has air conditioning at the same time, achieve the purpose that promotes flower to form thereby. The period of excavation and the temperature of treatment are the factors that distinguish potted and cut flower Hyacinth.

How to Propagate Hyacinth Flower

After digging back the bulbs in June, separate the large bulb and the seed bulb. "The large bulb can blossom in early spring after planting in autumn, and the seed bulb needs to be cultivated for 3 years to blossom. Because Hyacinth natural ball rate is low, generally one year after the mother plant planting can only give birth to 1-2 ball, in order to improve the coefficient of reproduction, it can be used in the summer dormant period of castration surgery on the ball, stimulating it to grow.

Sowing in autumn into the cold bed in the culture of soil, soil 1 cm, the next year at the end of January at the beginning of February germination. Small bulbs from seedling culture that bloom after 4-5 years. The germinating power of seeds can be maintained for 3 years under general storage conditions.

Hyacinth's main value lies in its appreciation, its inflorescence dignified, colorful, beautiful posture, indoor and outdoor breeding has a very good effect. And its flower fragrance still has the effect that this eliminates exhaustion, still can extract sesame oil. 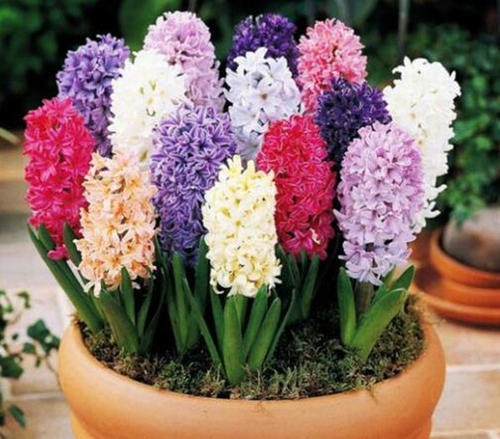 How to propagate Hyacinth

How to grow and care for Hyacinth

Top 10 Most Beautiful Flowers in the World with Pictures